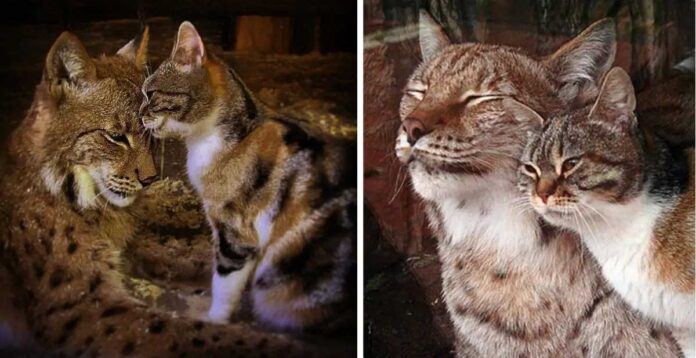 Cats are often considered lonely animals that have difficulty showing affection, but it isn’t always like this. The funny kitten in this story showed that regardless of the type of animal, there can be sincere friendly relations between them. 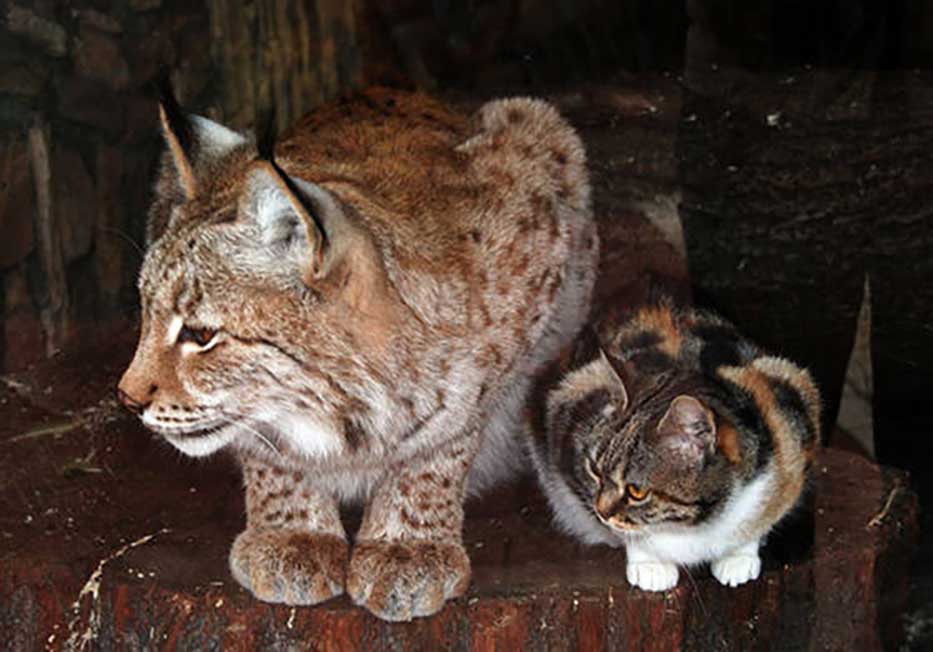 How does the meeting of two predators end in nature? This can end in rivalry and exile or the death of the weakest. However, when a stray cat, a small predator, got into a cage with a lynx, things took an unexpected turn. 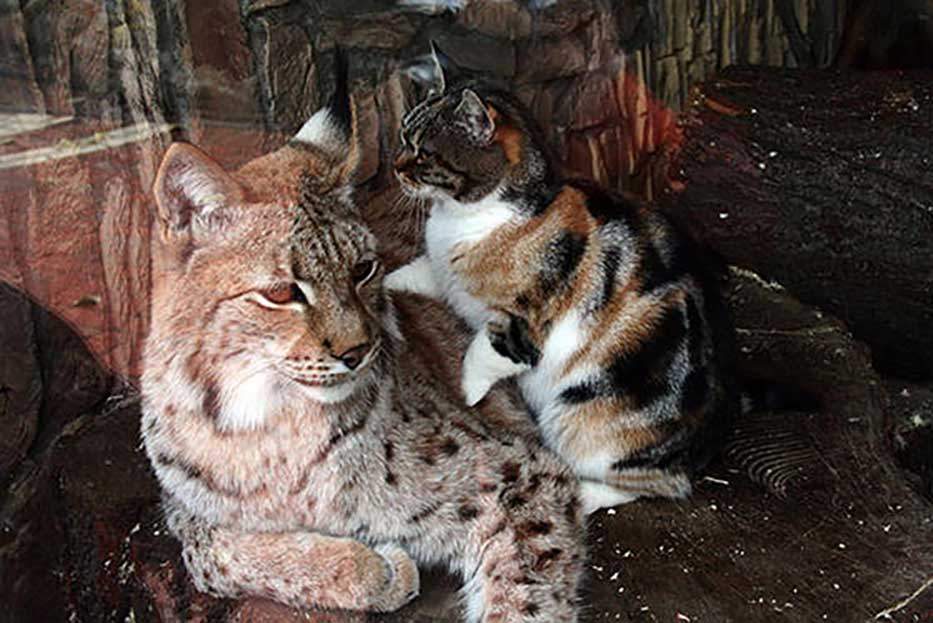 A stray cat in search of food made its way to the Leningrad Zoo and climbed into a cage with a lynx. What could have turned into a tragedy was the beginning of an amazing friendship? 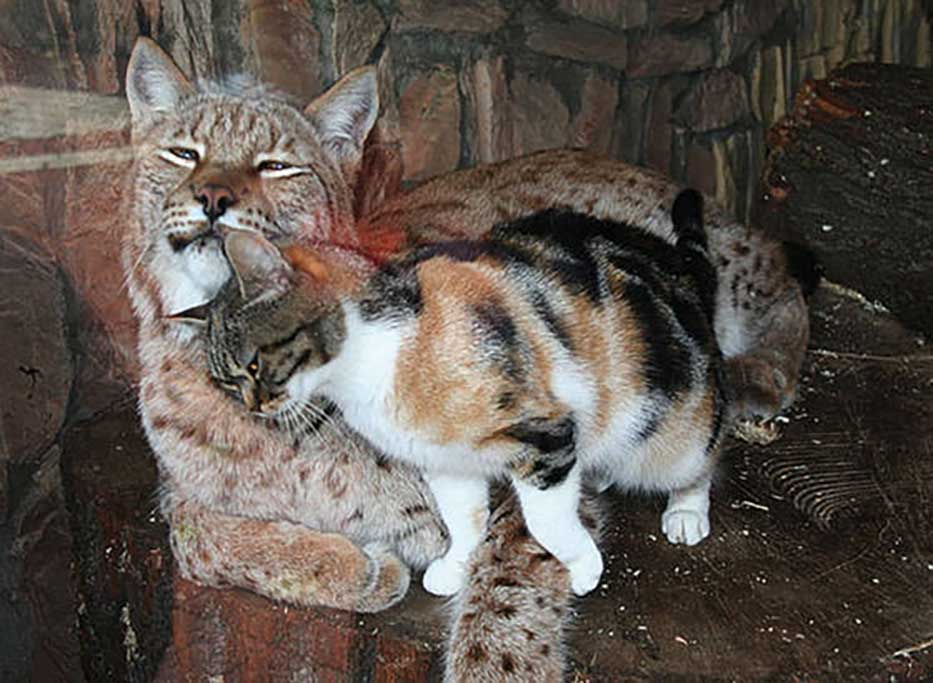 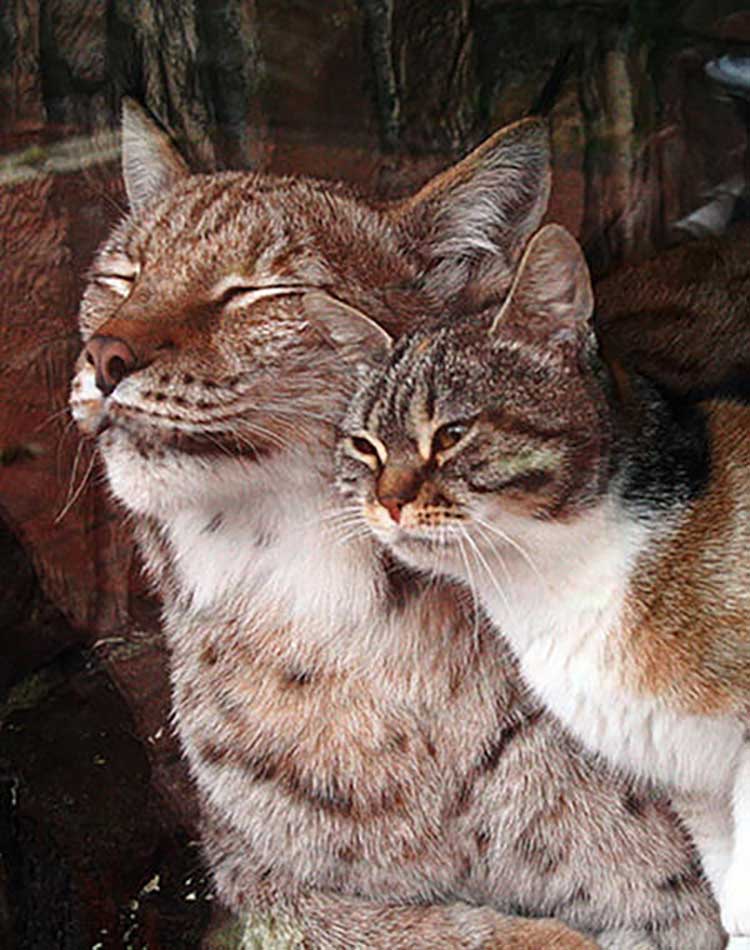 The zoo decided to keep the homeless cat, so as not to destroy the unusual friendship between them.

The lynx and the cat get along well and touchingly caress each other.