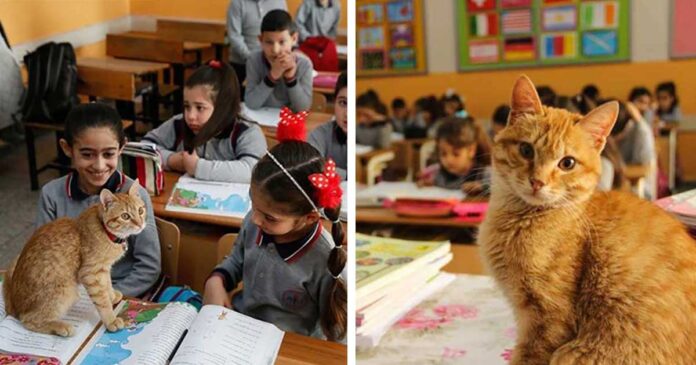 Once this cat named Tomby appeared in elementary school and since then has remained with the children of the third grade.
Unlike most stray cats, who are often distrustful, Tomby was friendly and sociable, approached the children, and allowed them to pet him.
No one knows exactly where this charming cat came from. At first, Tomby lived in the school garden. After a few weeks of staying in the school garden, the cat apparently decided to move to school and the third grade seemed to be the best place for him. 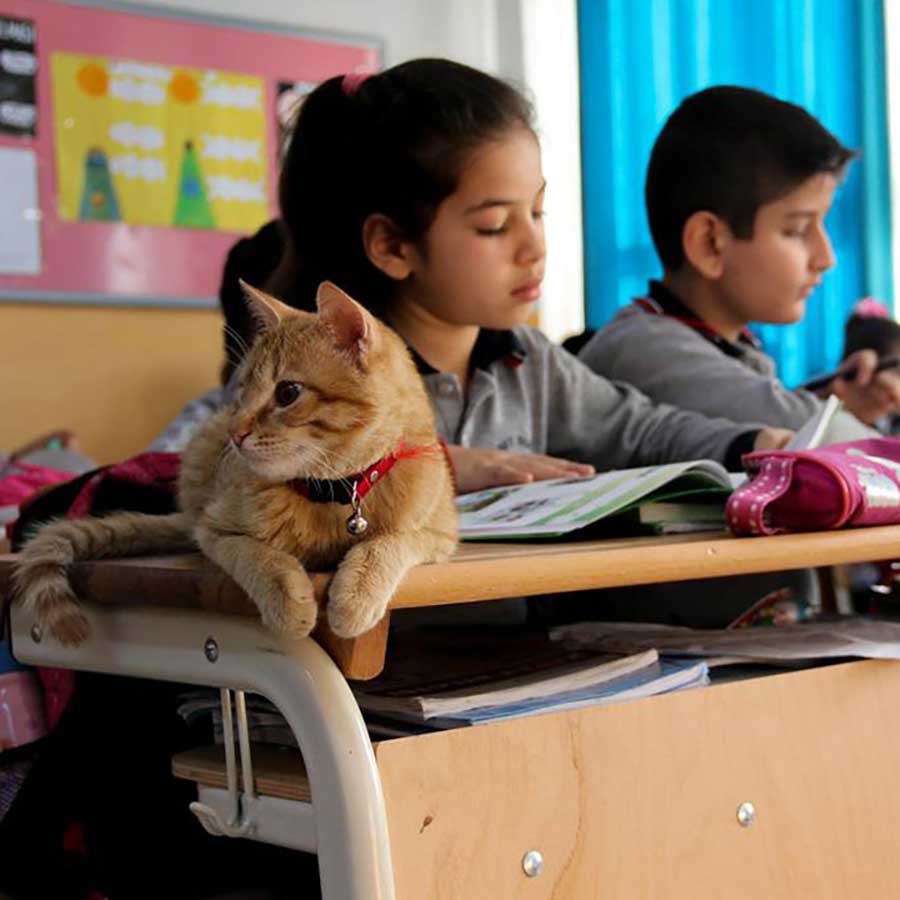 Professor Ozlem Pynar Ivashku told The Dodo :
« He came to our class. The children really liked it. » 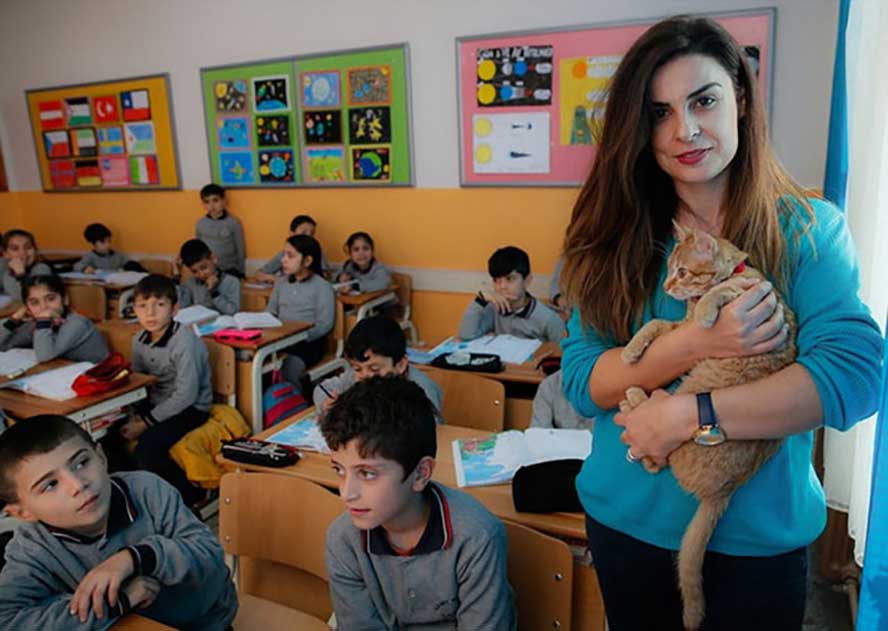 Thus Tomby became a part of Ms. Ivashku’s class.
Although some may think that a cat wandering around the classroom distracts children and can interfere with their learning, but Professor Ivashku found that the appearance of Tomby brought the opposite effect. 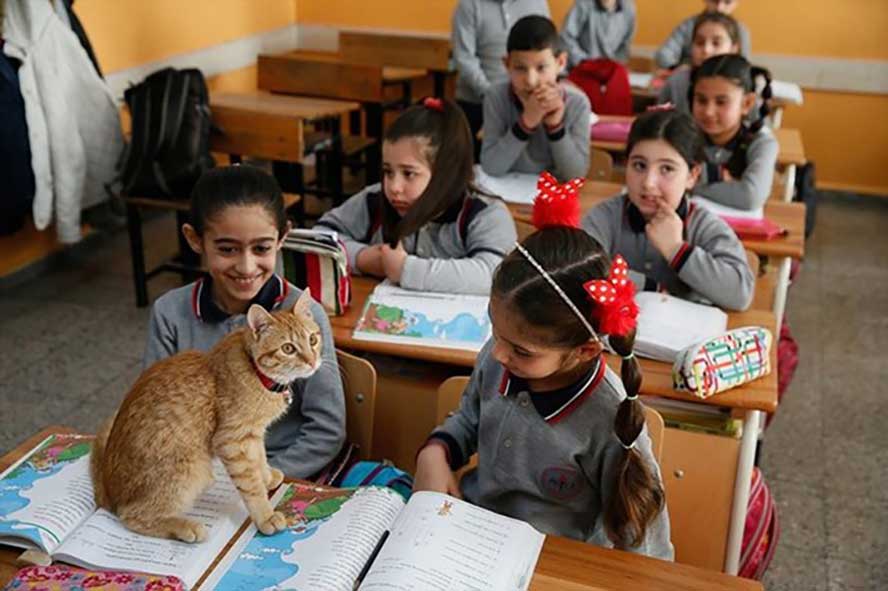 Seeing the curiosity of the cat, the children became more enthusiastic about their studies. 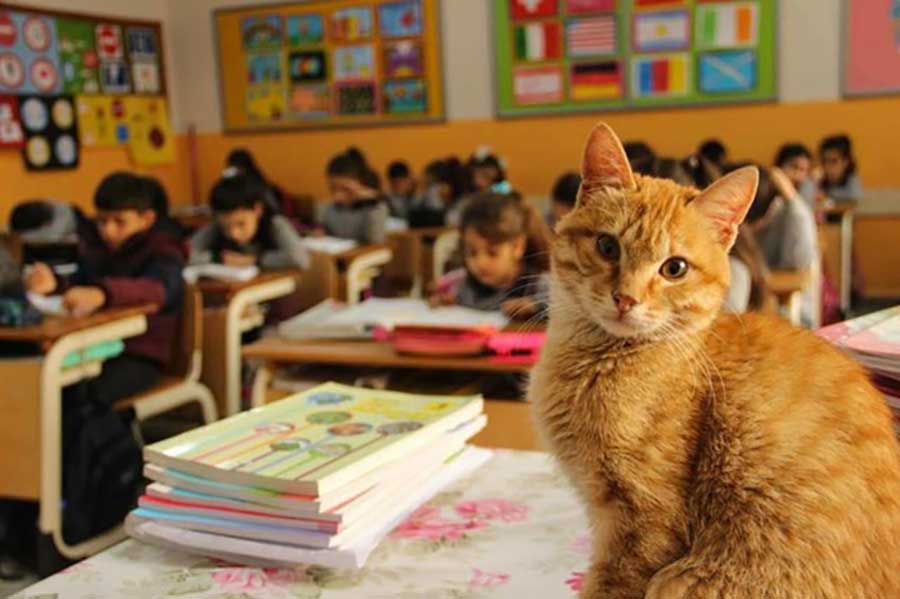 Now the students look more focused.
Ivashku told:
« The children come to school on time and take care of Tomby. » 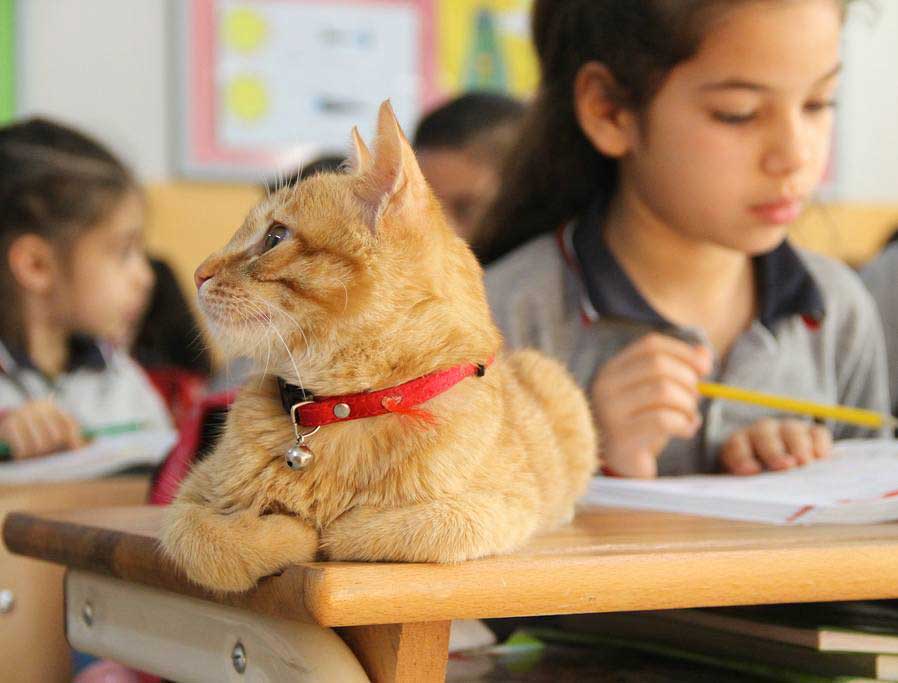 But this is also good for Tomby. Now the cat has a safe place to sleep, he has food and water, and, of course, many new friends who can take care of him. The teacher took Tomby to the vet to make sure that he was healthy, and he was vaccinated. 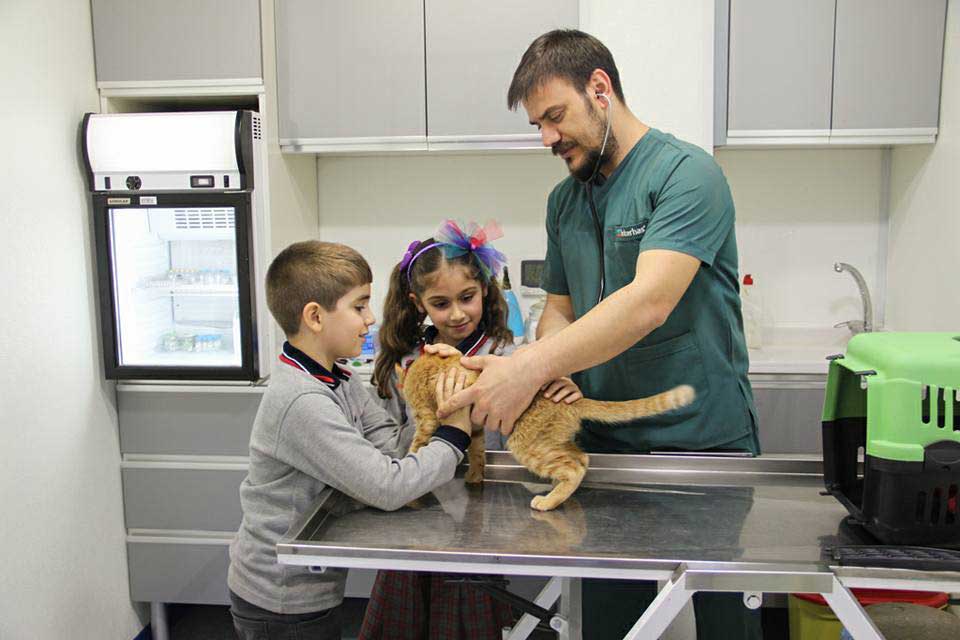 But soon there was a problem that could put an end to this. The parents of one of the students filed a complaint with the school management, saying that the cat may pose a health hazard. The administration told Ivashku that Tomby has to go. 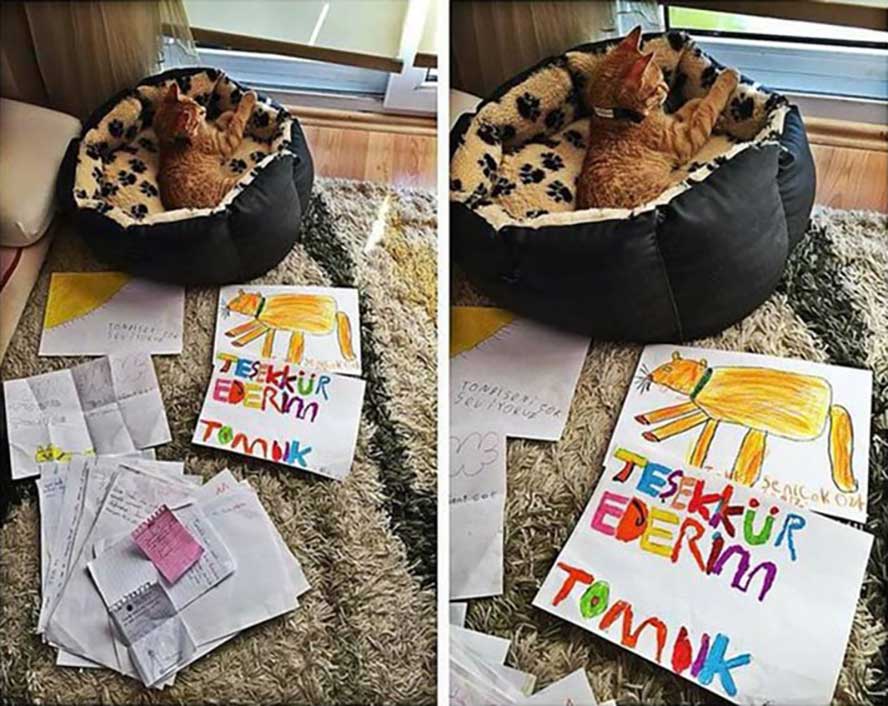 Then Ivashku said:
« We found a house for Tomby, and he stayed there for three days, but he was not happy there. He stopped eating. » Tomby’s friends at school even wrote letters to cheer him up. Seeing that the cat’s condition is not improving, Ivashku decided to write about this sad situation on social networks. 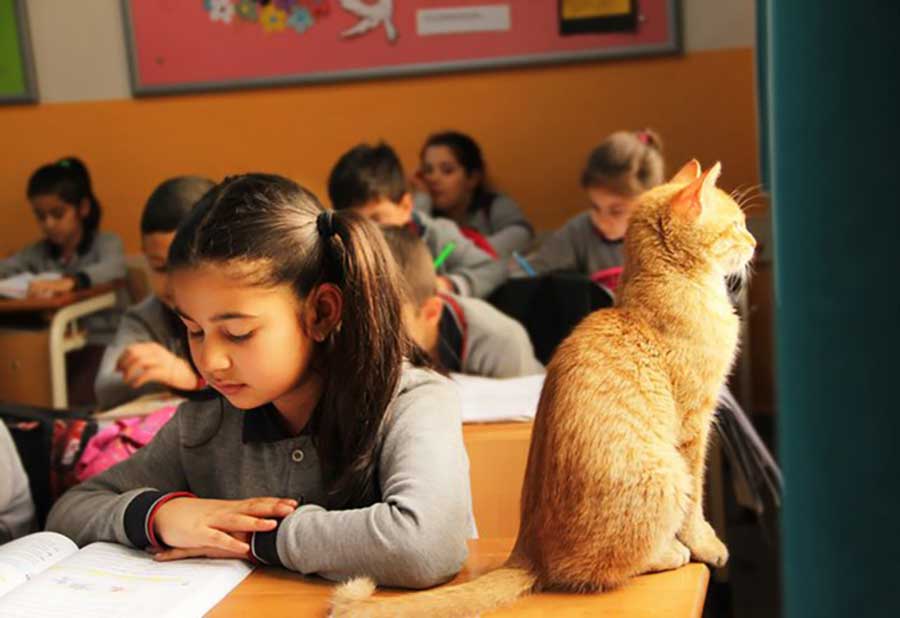 Ivashku said:
« The story has received a lot of attention and support in all the television news. I have received a lot of support from many people, including my manager and the director of education in Izmir. » 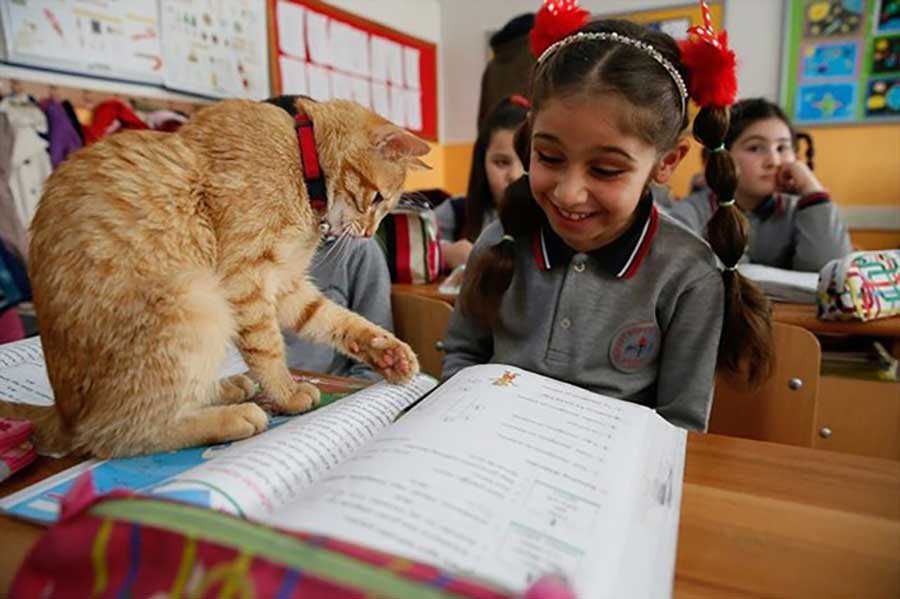 Even the complaining parent changed his mind. He also wanted the cat to return to the classroom. And, of course, the school administration gave permission for Tomby’s return. 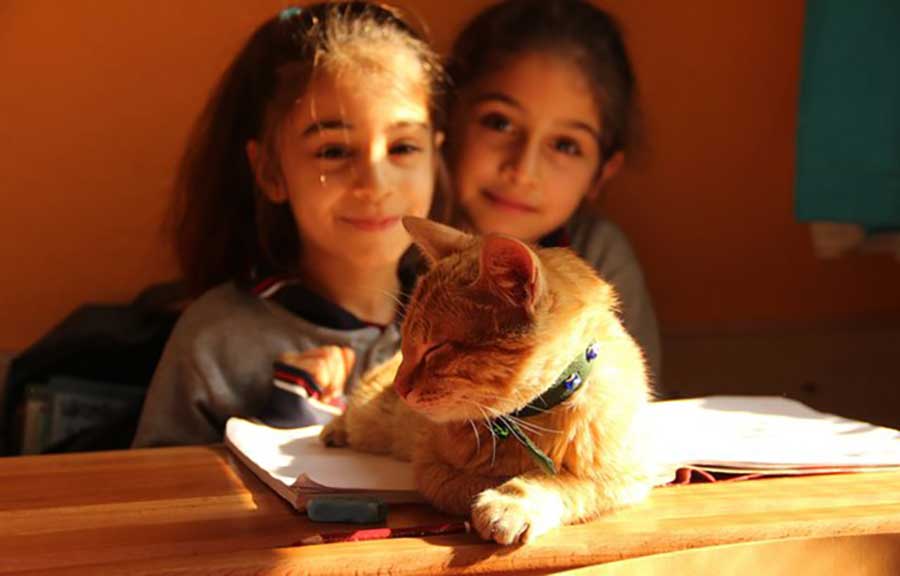 The children were very happy about Tomby’s return. And he was happy to be with the children again. 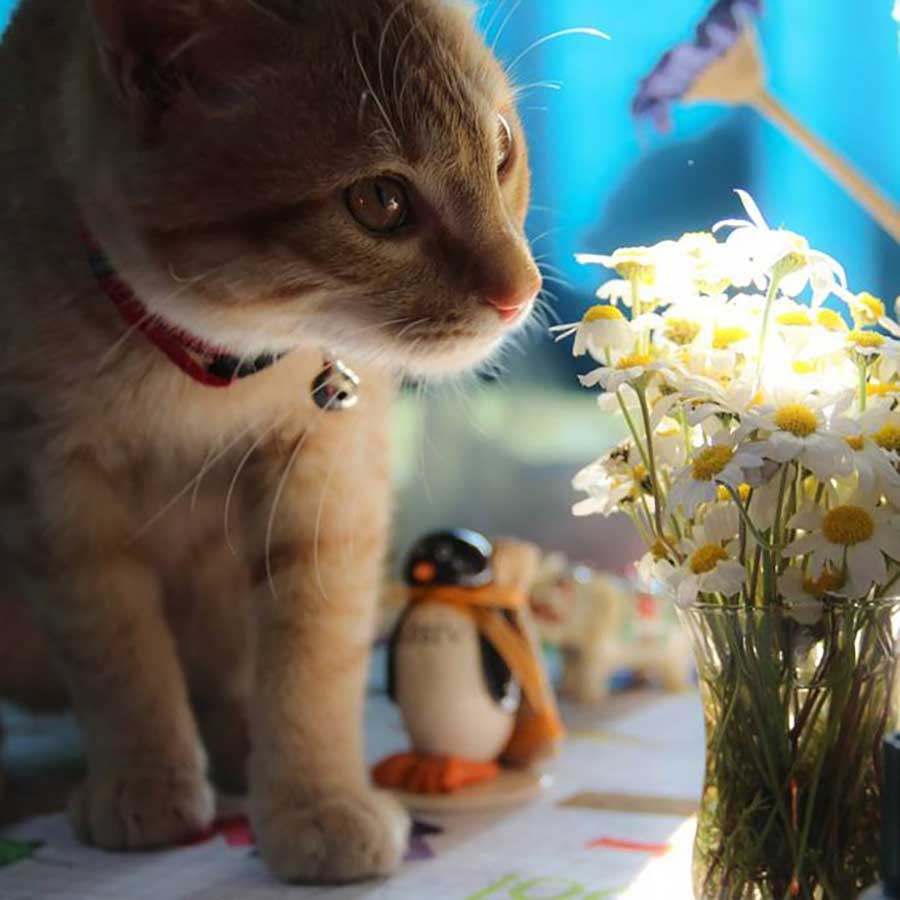