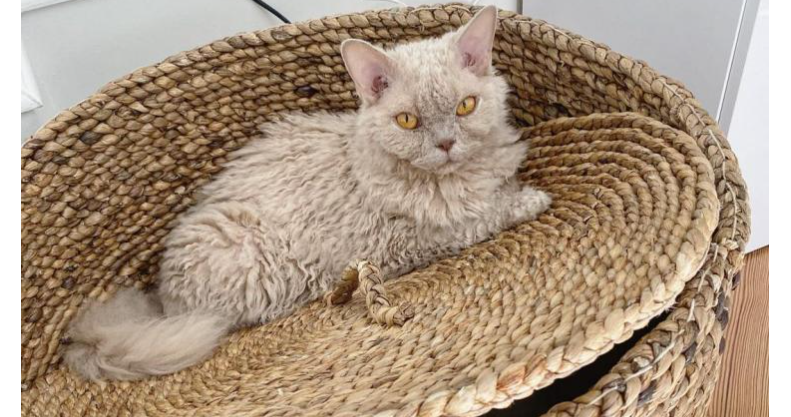 These charming cats resemble curly sheep, and the hand reaches out to touch their soft curly fur. The kids are representatives of a new breed, the Selkirk Rex. Only a few years ago, breeders stopped introducing animals of other breeds to obtain curly litter. Now the Selkirks are a self-sufficient, closed group, where the curly hair gene is transmitted from both parents. 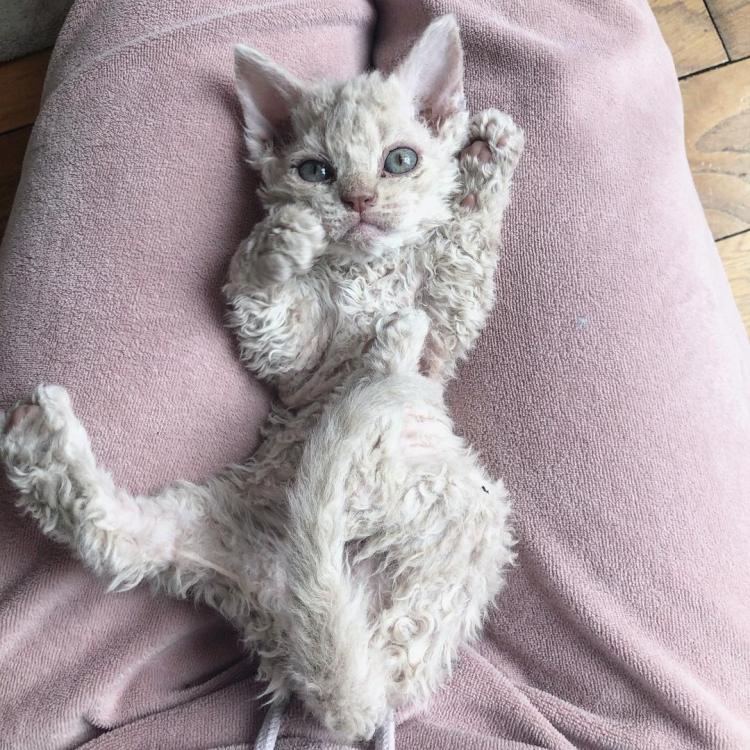 And it all started with a mongrel cat, which the American Jerry Newman noticed in the late nineties. The man was engaged in breeding one of the most ancient breeds – the Persian cat. The breeder was interested in an unusual mutation in a kitten, her mustache and long hair near the ears had congenital creases similar to astrakhan curls. Jerry named the cat Miss de Pesto and subsequently crossed her with one of his « Persians ». 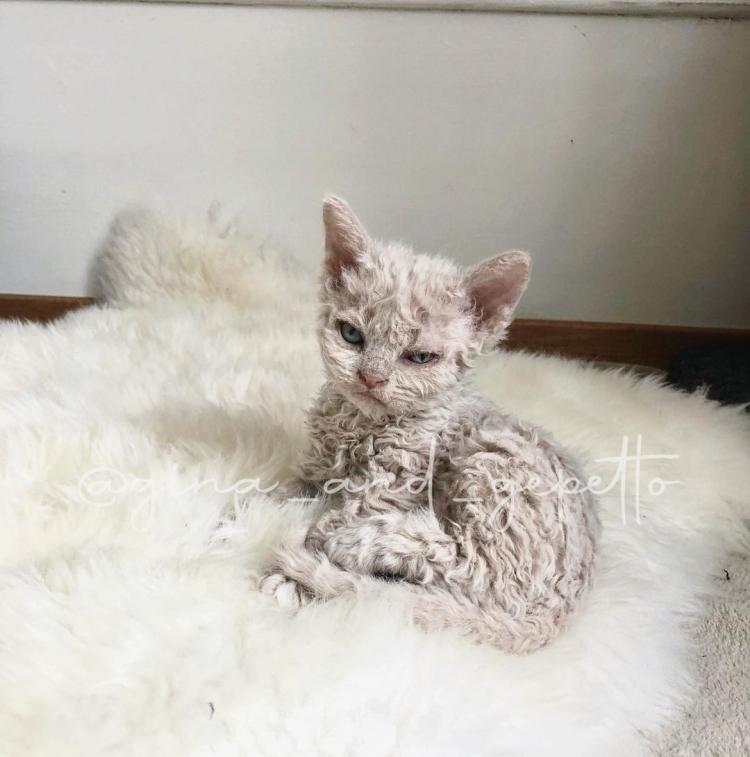 Three kittens from the litter inherited their mother’s curls. In addition to the descendants of Miss de Pesto and the Persians, the British shorthair and artificially bred exotic breed took part in the formation of the breed. 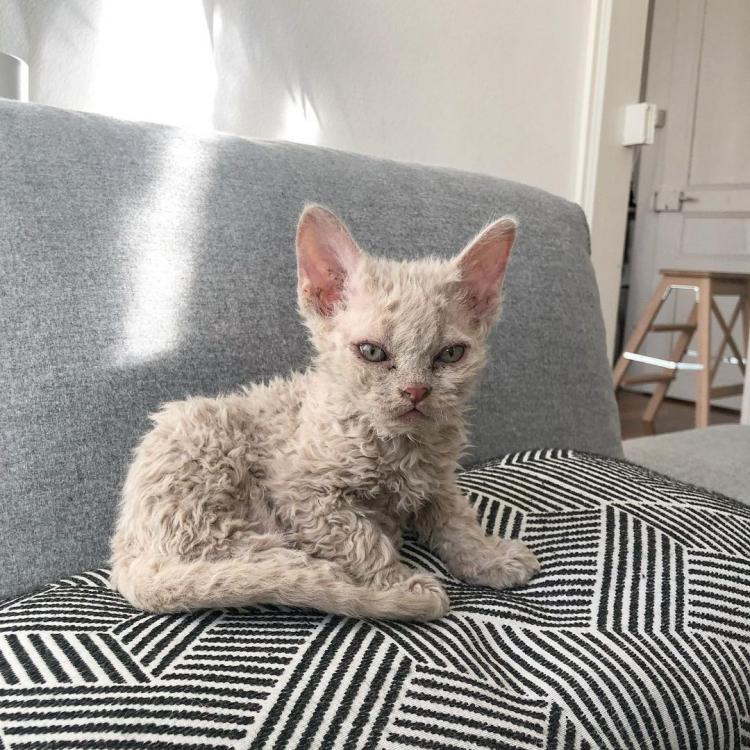 Swiss Eleonora Muccio saw the Selkirks for the first time at the Geneva exhibition. An avid cat owner, she had heard of a young breed, but up close, a charming family of a mother and several kittens conquered her. 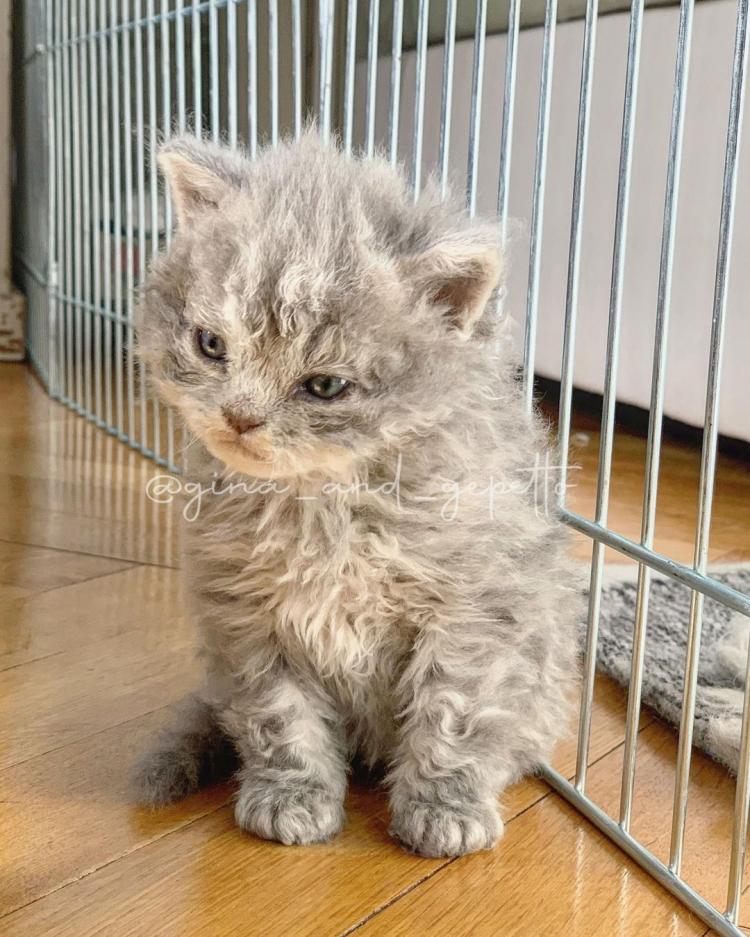 The first Selkirk Rex appeared in her house four years ago. Snow-white beauty Gina has her own Instagram account. 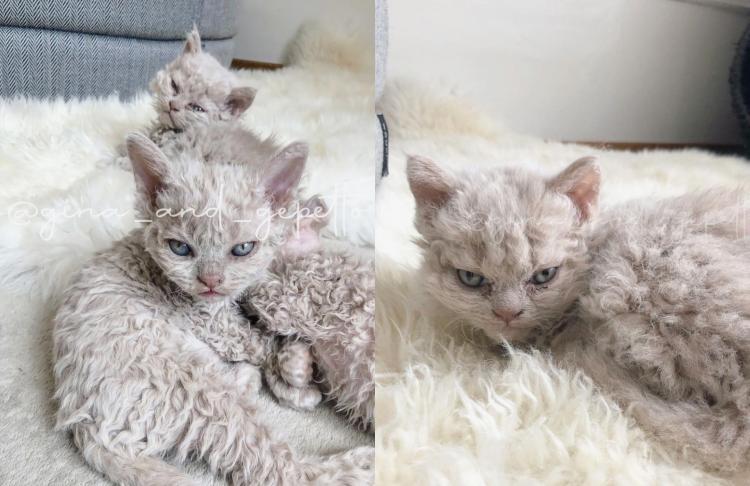 Eleanor shares in the profile of the kitty her observations about the nature and features of caring for Selkirk pets. So, the woman recommends paying attention to the regularity of cleaning the ears and eyes of cats. This breed is characterized by an intense secretion of sulfur, while the easily inflamed eyes of Selkirks, the breeder advises cleaning no more than once a week.

According to Muccio, the breed adapts perfectly in a city apartment. The animals are not capricious, obedient, friendly, and playful. However, unlike their relatives, short-haired Britons, they do not tolerate loneliness well.