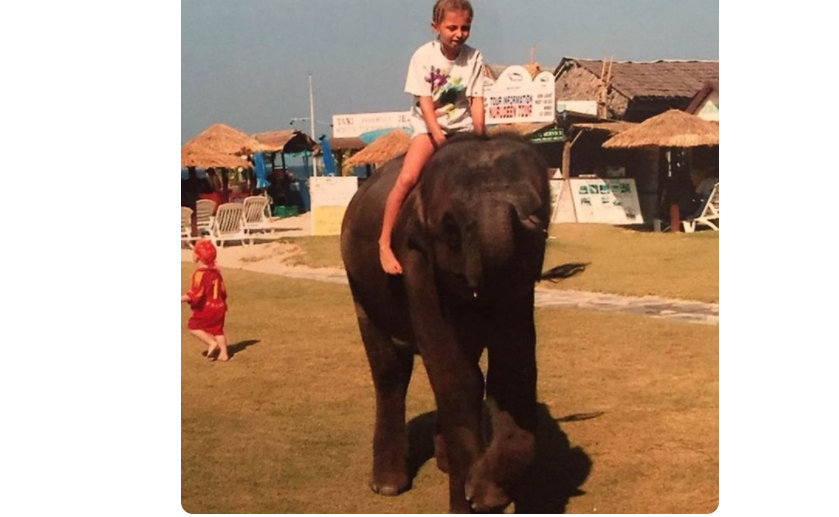 16 years ago, the largest tsunami hit Thailand, it was a horrible incident.

At that time, an 8-year-old girl Amber miraculously survived, help came to her from someone from whom they did not expect.

Then in 2004, the Ouren family flew to Phuket to relax on the Christmas holidays. They lived in a beach hotel in Chong Tale. To entertain tourists every morning, the staff brought a small elephant Ning Nonga to the beach. Those who wished could pet him, feed him bananas and ride on his back. 8-year-old Amber adored this baby, she loved it so much when he hugged her with the trunk. 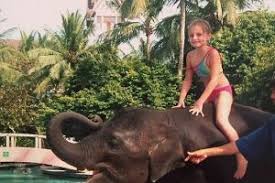 Already on the morning of December 26, vacationers in the hotel felt small tremors, but then they stopped. So Amber and her mom hurried to the beach. The girl immediately ran up to her friend, but the animal, on that day, behaved strangely. It was as if he wanted to leave the beach all the time without listening to anyone. 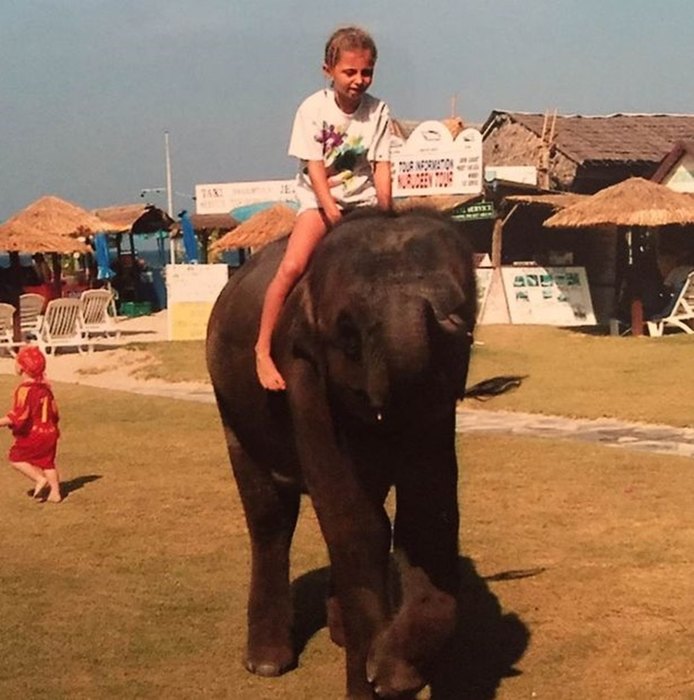 Suddenly, a terrible thing happened: the water began to « crawl » from the shore, baring the beach. People, not understanding what was happening, rushed to collect fish, shells, and pebbles, others, as if nothing had happened, continued to lie on their sun loungers. But after a few minutes, the water began to arrive, there was a lot of it, there were large waves that knocked people off their feet.

At that time, Amber was sitting on the back of the baby elephant, she literally clung to him, and he did not even try to throw her off, he quietly began to make his way through a strong current towards the hotel. The little lifeguard stood at a high wall and waited patiently for Amber to climb to a safe height.

Soon the girl’s mother arrived, she took her hand and they began to get to the hotel, the water was already knee-deep. Fortunately, everything ended well. As soon as the mother and daughter reached the hotel, the second tsunami wave repeated, but they were already safe.

Ouren’s family was not injured and they soon returned to the UK and heard nothing more about the elephant Ning Nong.

After some time, this story interested the Thai media. They decided to find the girl’s savior. And this was not difficult, because in Thailand all elephants have a passport. 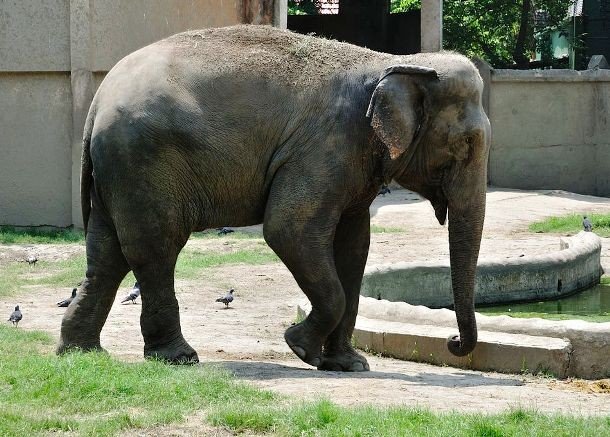 It turned out that Ning Nong was alive – yes, she turned out to be a female elephant. Now her name is Bai-Tong. When the animal grew, her owner could no longer support her and sold her. Bai Tong now lives in an elephant camp in the western province of Kanchanaburi. The kind and friendly elephant is loved by both tourists and her new owner, who now calls her a « heroine ».