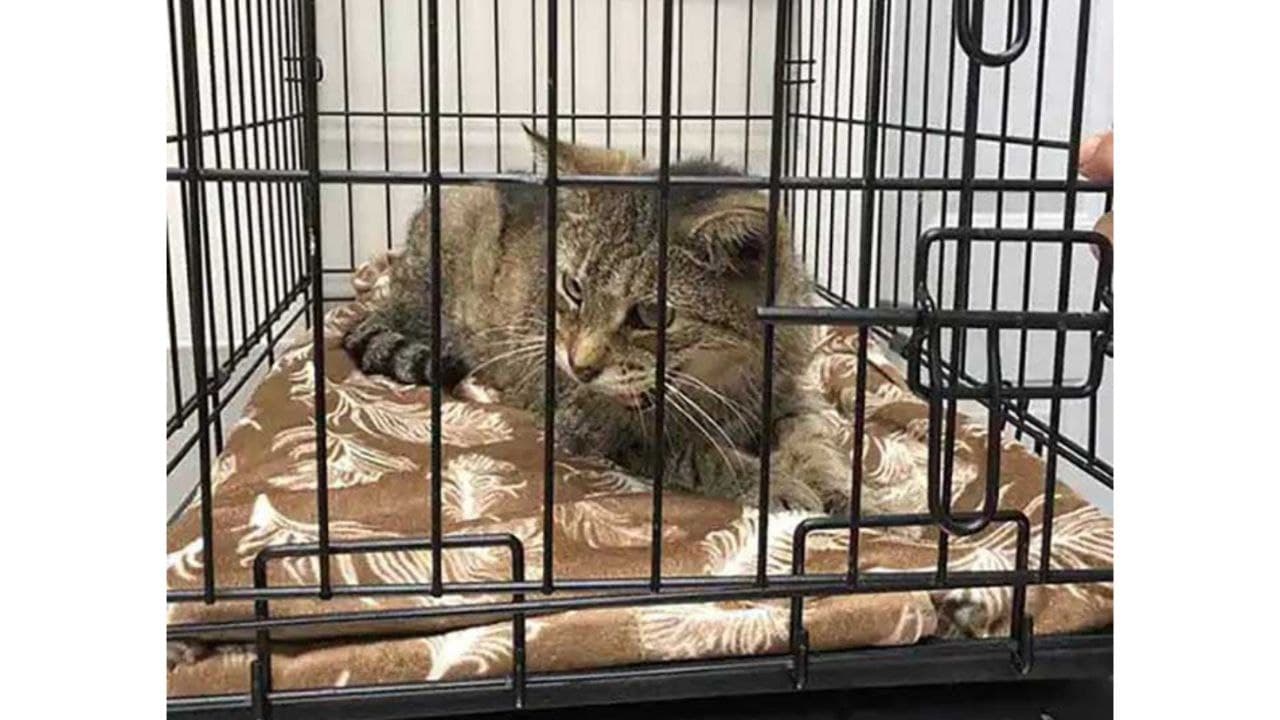 This cat’s name is Tiger.

Carol O’Connell, an employee of the DCSPCA, a Pet rescue Center in New York was interested in this case of a cat after she saw that some kind of cat was wandering around the private house. The woman tried to get closer to the cat, and after several days of trying to get closer to him, this woman managed to scan his electronic chip and found that the cat’s name was Tiger and he had been missing for 11 years 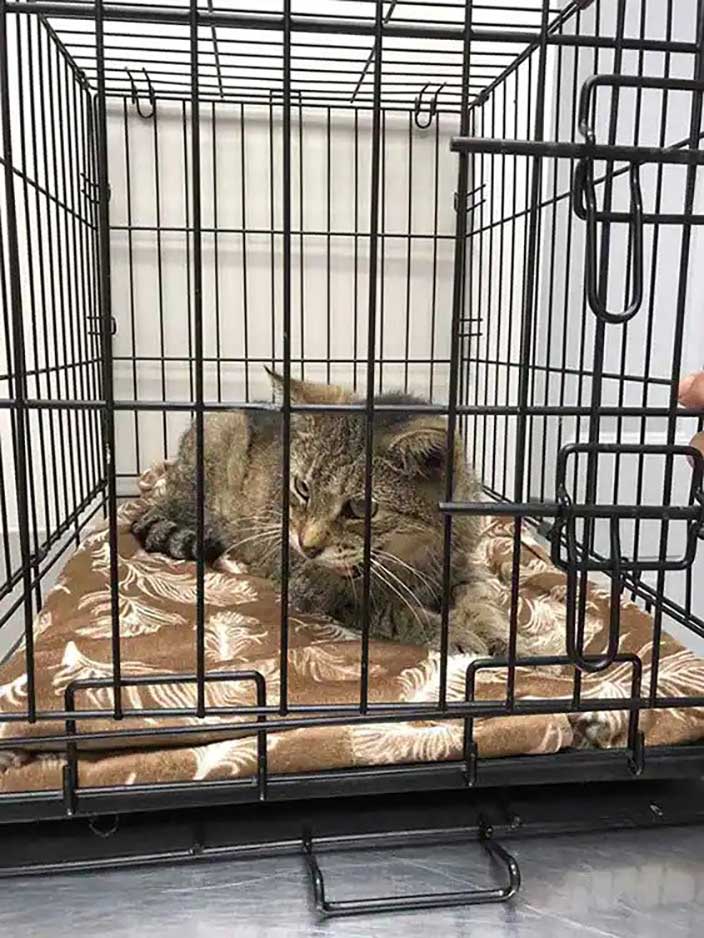 And also from the chip, Carol got information about his (Tiger’s) owner.

Tiger disappeared after leaving through an open door in the house.

Carol found out the identity of the owner of the Tiger and contacted him to find out if he had lost his cat eleven years ago. Tiger was in good condition, despite the cat being a stray for a long time. The meeting of the cat and the owner was very emotional. 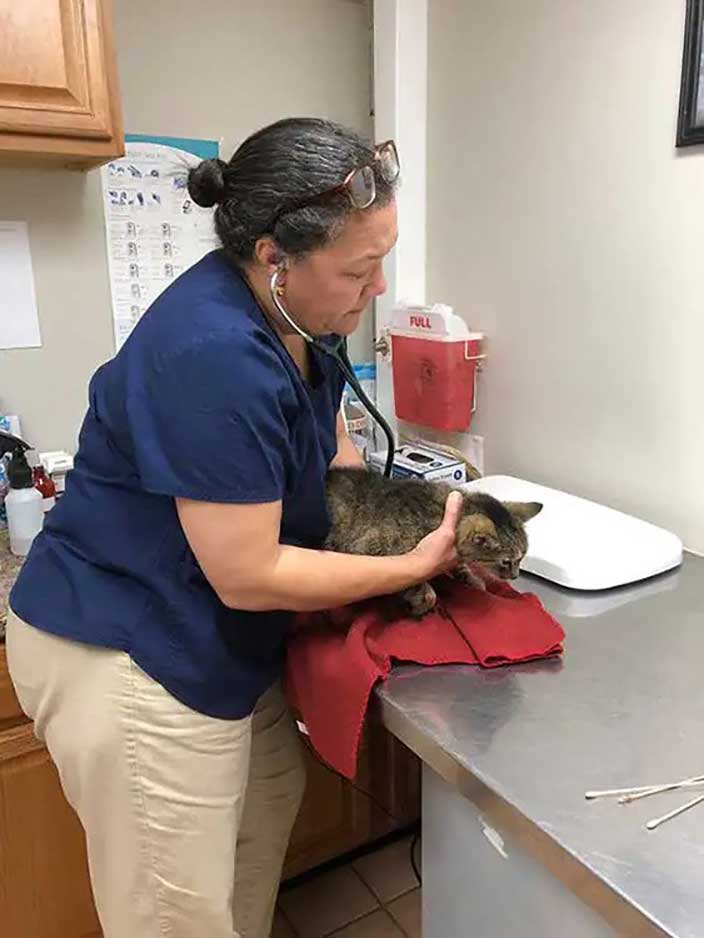 Maggie Welz, the owner of the cat, never lost hope of returning her pet even after moving to another city after the cat disappeared. Then Maggie asked the new tenants to « look after the cat, » but Tiger never showed up. And now Welz was extremely glad that she was again next to her cat, and assured the journalists that she would never part with him again. This is an amazing story of when a pet returns to its owner after years of separation. 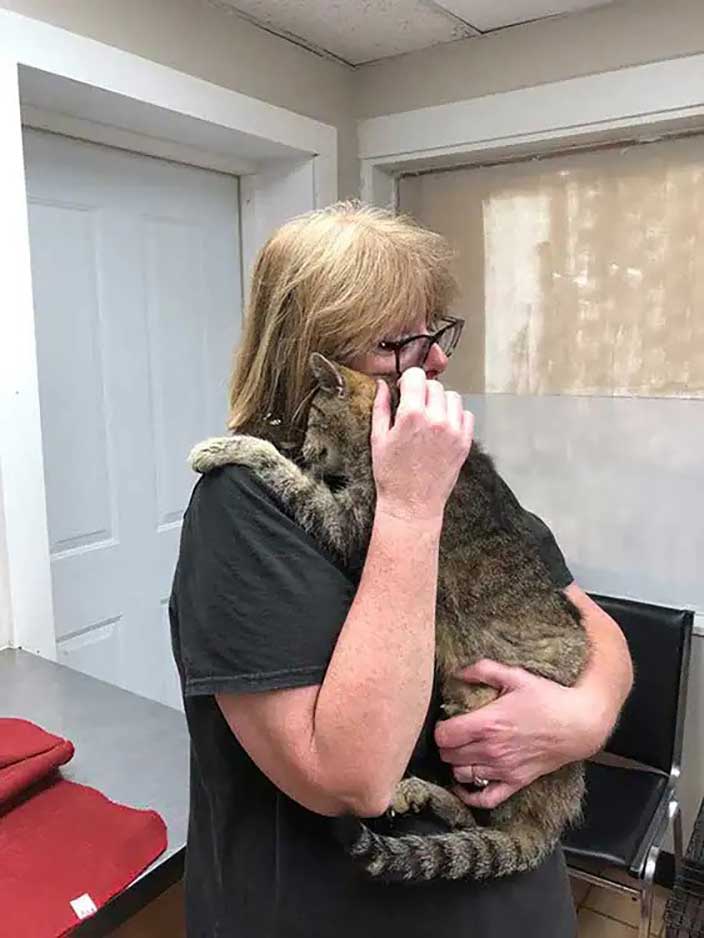