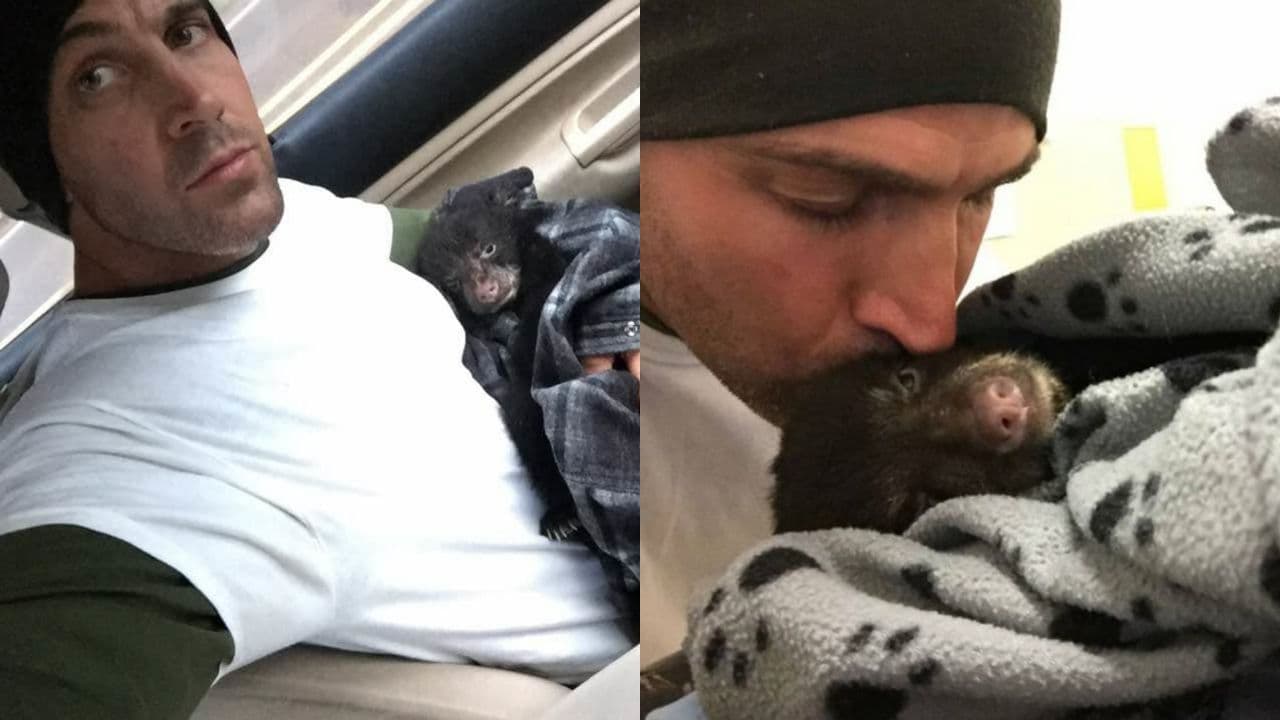 Corеy Hancock traveled through Oregon and passed in the Elkhorn Mountain area. There he noticed a dying bear cub. The baby left the path and fell in the grass. There were no other bears in sight, so Corеy decided that his mother had abandoned him. 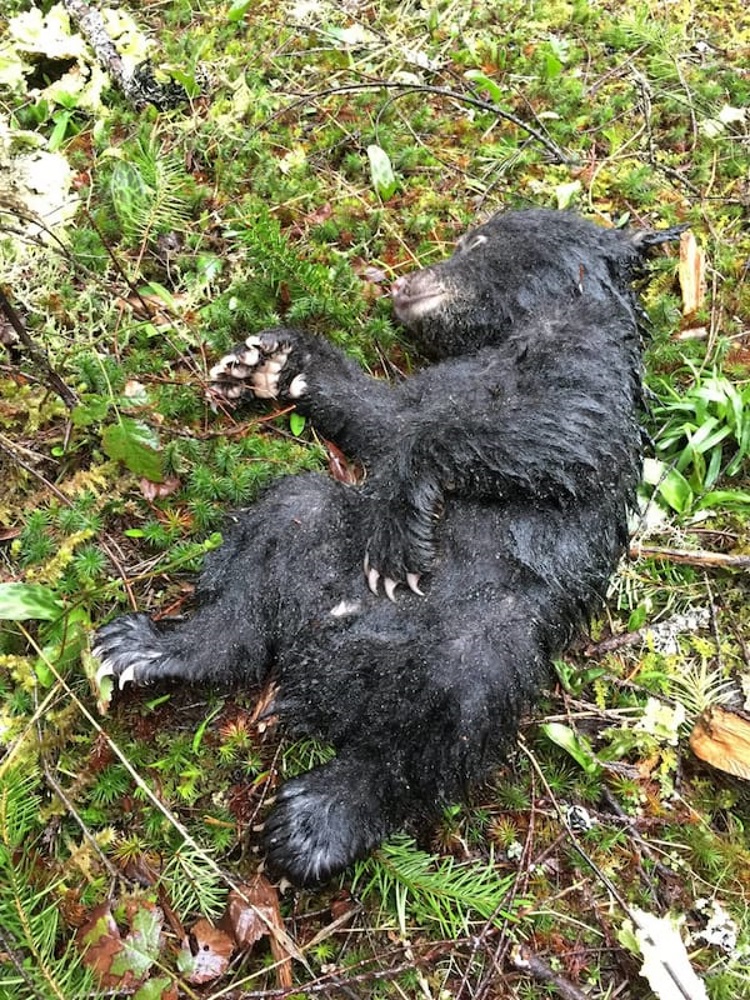 Despite the danger of being attacked by an angry bear, as well as the possibility of prosecution by the law, Corеy decided to save the baby. Later, he will tell in an interview that he watched him for a long time to make sure that his mother was not nearby. The man saw the bear cub moving its paw. 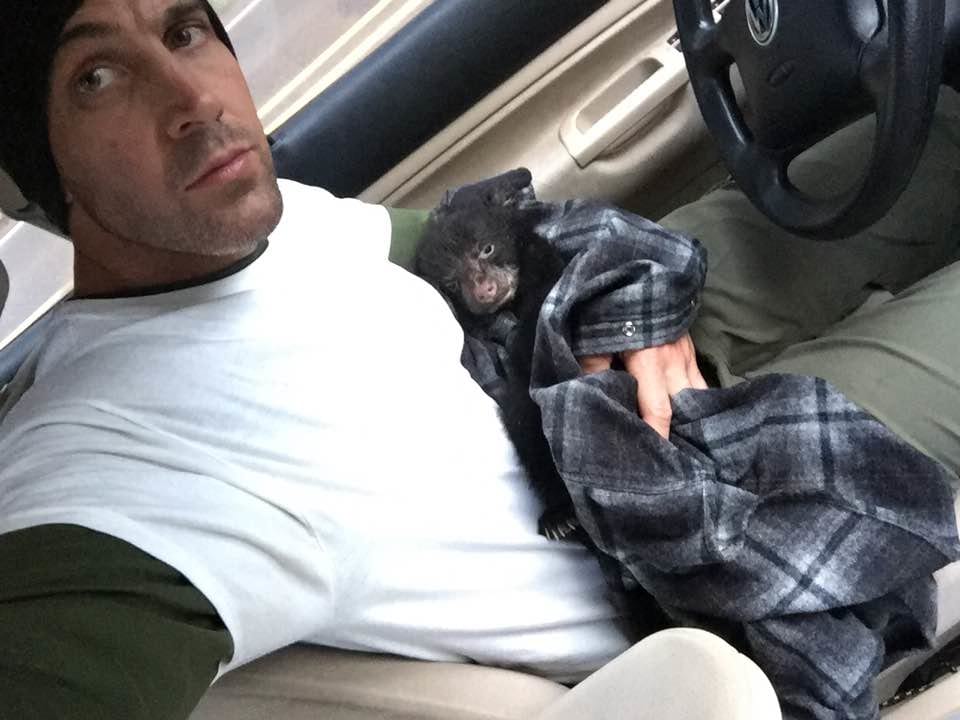 In the end, he decided and picked up the animal in his arms. He quickly went to the car, where he wrapped the bear cub in a shirt to warm him up a little. « I know that bears can smell a person from a distance of up to 400 meters. My car was parked one and a half kilometers from the place. I was running with a bear cub in my arms and every second I expected an attack, «  recalls Corey. 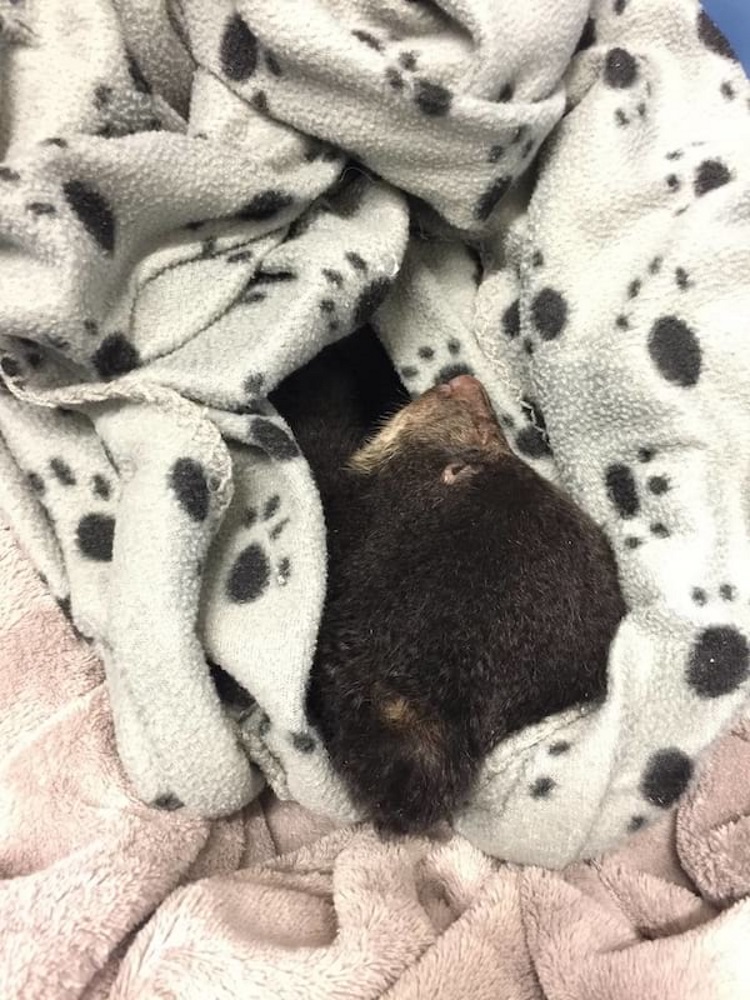 In the car, the baby’s heart stopped. Corey gave him a heart massage and mouth-to-mouth breathing. He was able to resuscitate the bear cub, and then took him to the Turtle Ridge Wildlife Center. For several days, veterinarians fought for the baby’s life. 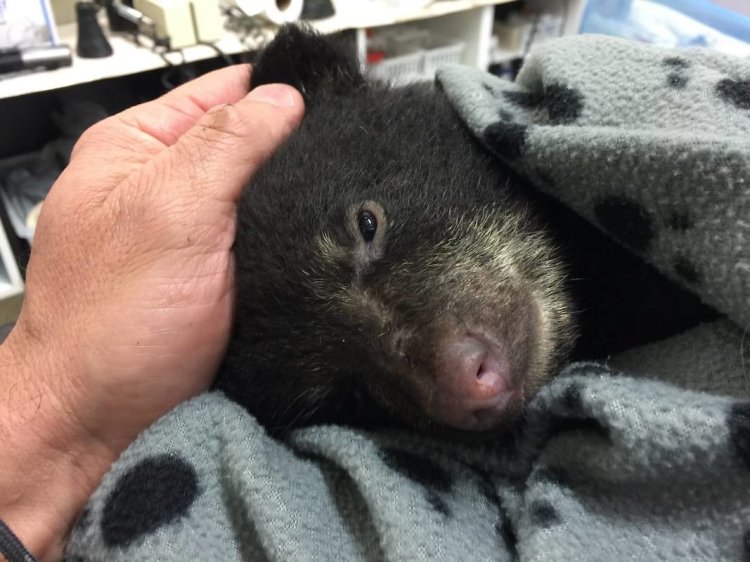 The Oregon State Police wanted to charge the man with violating the law. He had to pay $ 6,000 or even go to prison. When the guards learned all the circumstances, they decided to drop the charges. 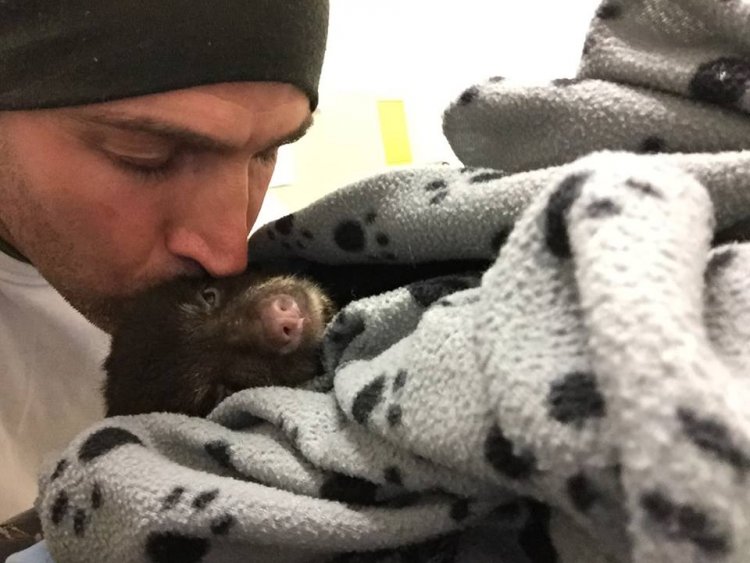 We remind you: the bear is a dangerous animal, from which it is impossible to escape. If you see a small bear cub, but the mother is nowhere to be seen, try to leave slowly and in no case try to help him. It is allowed to assist only in cases when you have seen that the mother bear has died.