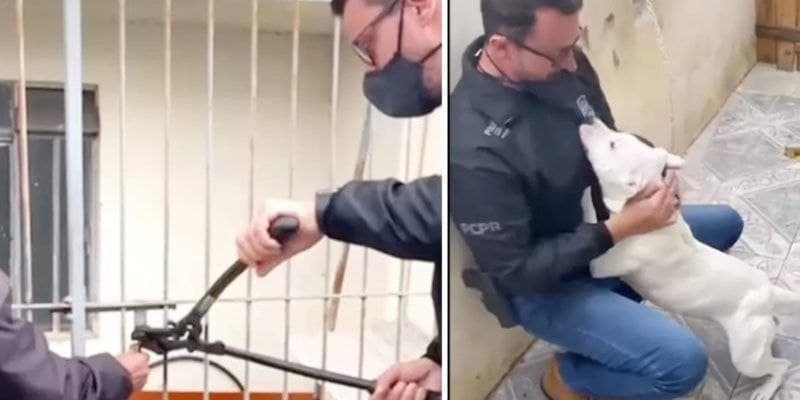 This man is an officer who investigates cases of animal cruelty.

It would be difficult for everyone to witness animal cruelty day in and day out. 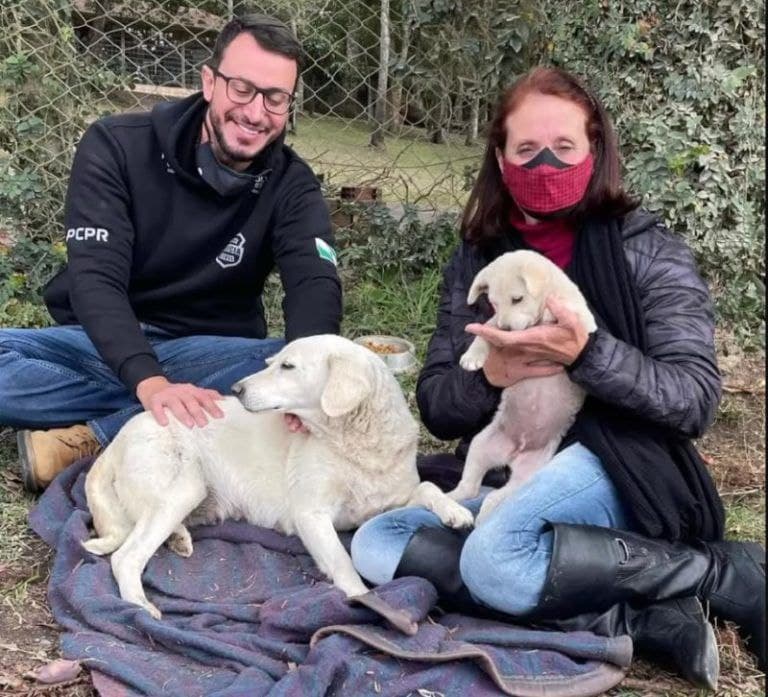 Layola’s work is not ungrateful.

The animals he saves are often very grateful to him.

Layola kept an eye on this white dog for a while to make sure that it was being treated badly.

And his suspicions were finally justified.

« The dog lived in chains, in the cold, in the rain, and in the sun, » Layola wrote on Facebook.

Layola couldn’t silently look as this dog tolerates violence and decided to take this case.

« We got to the place, and there was no one there, so we broke the lock and saved the dog.  »

The dog was very grateful to Layola for his rescue. 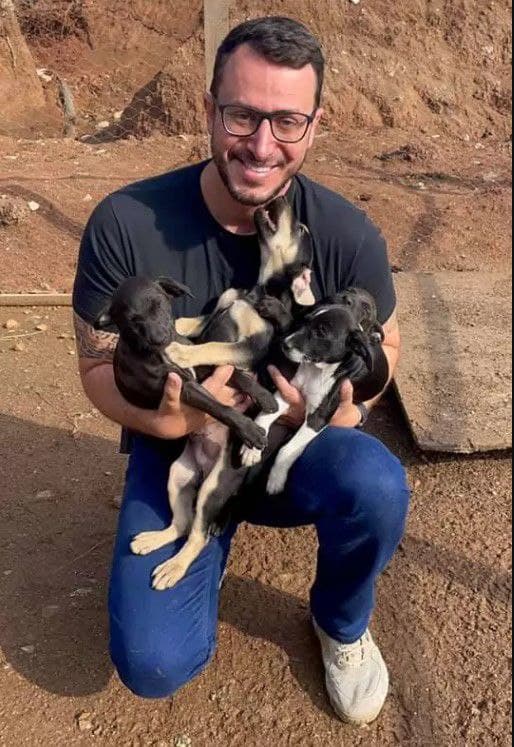 The white dog was chained to the wall, and when he was released, he jumped on Layola and covered his face with grateful kisses. 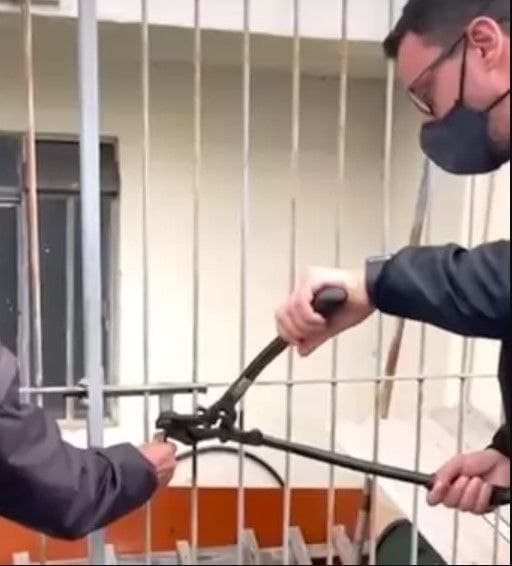 The dog was immediately taken to Casa do Produtor for veterinary examination and transfer for adoption. 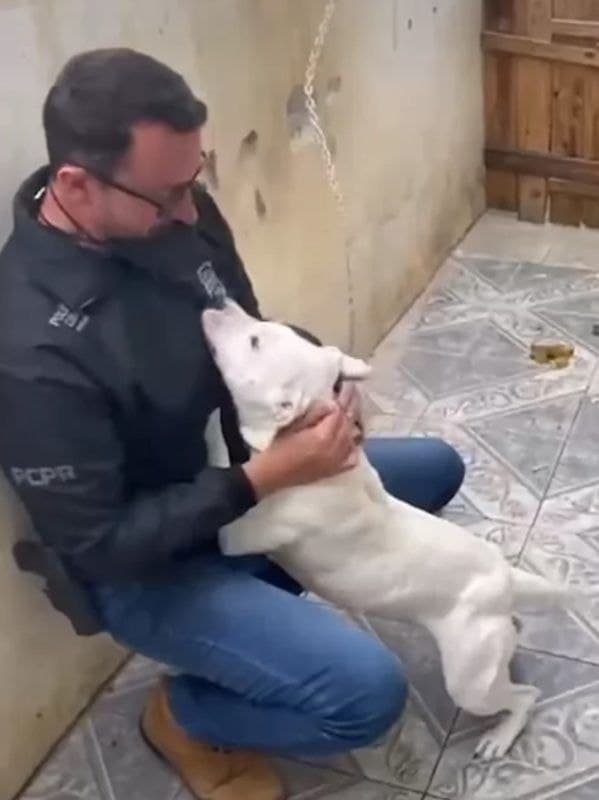 In the end, the owner of the dog was found and he’s under investigation.
Layola’s Instagram page is filled with similar photos in which he cuts chains and passes through doors to free animals that have been abused. 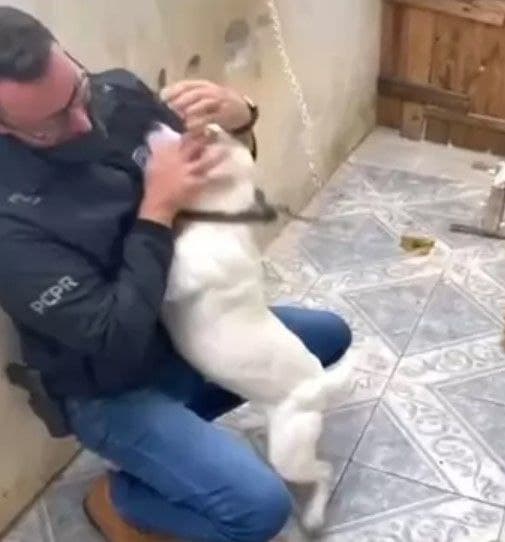 Fortunately, the rescued white dog was not in such a bad condition as most of the other animals on Loyola’s Instagram page.

In addition to rescuing pets such as dogs and cats, Layola and his team also rescue exotic animals.