Some time ago, a picture of a little boy sleeping on a piece of cardboard was posted on Facebook. The person who wrote the post said that the case is happening in the market, that is, in the same place where his parents work.

This picture received a public response, so the authorities were interested in it. After a little investigation, it was found out that the boy in the photo is 2-year-old Ishaq. He is not an orphan, he has a family: his mother and three brothers and sisters.

Zulfiya, the mother of this child, was left alone, one day her husband went to work and did not return, no one ever found out what happened to him. Zulfiya does her best to take care of four children. She has to take the younger Ishaq with her to work. 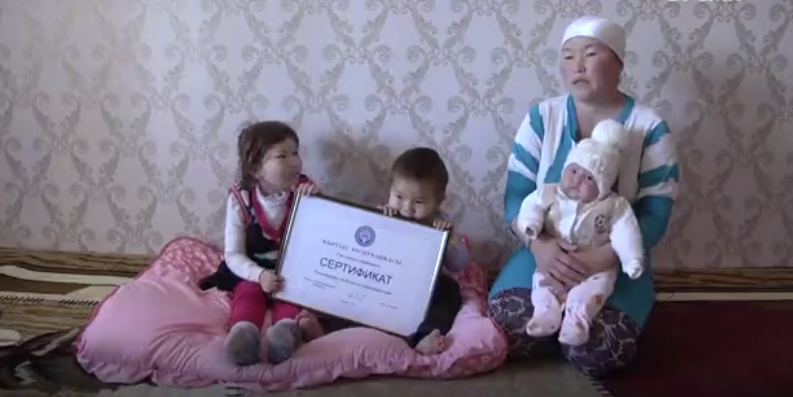 They used to live in an old house that they rented. But they were going to be evicted from there.

After much publicity in the network, Kyrgyzstan’s President  Almazbek Atambayev had to intervene. Now the boy and his family have a place to live. Officials gave them a new apartment. 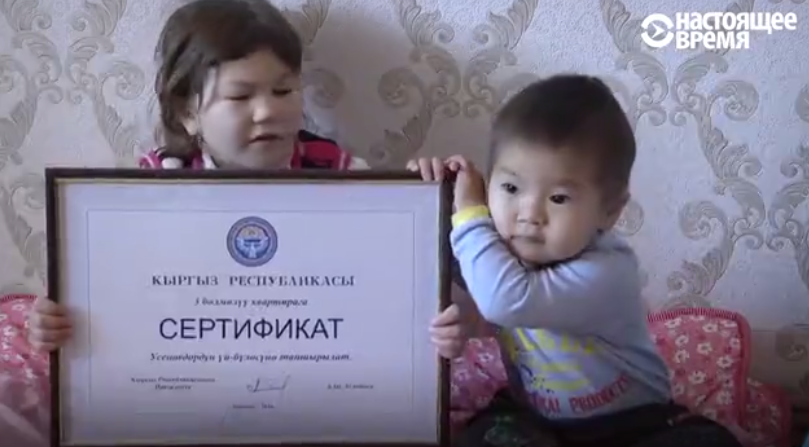