Unfortunately, there are a lot of homeless dogs and cats living in shelters in the world now. If healthy animals have a chance to get into a new home, then those who have serious health problems have almost no chances.

But there are good people in the world! Today we’re going to talk about a US resident, Tracy Fowler – a woman with a big heart. She took six handicapped dogs and gave them a happy life they couldn’t even dream of. 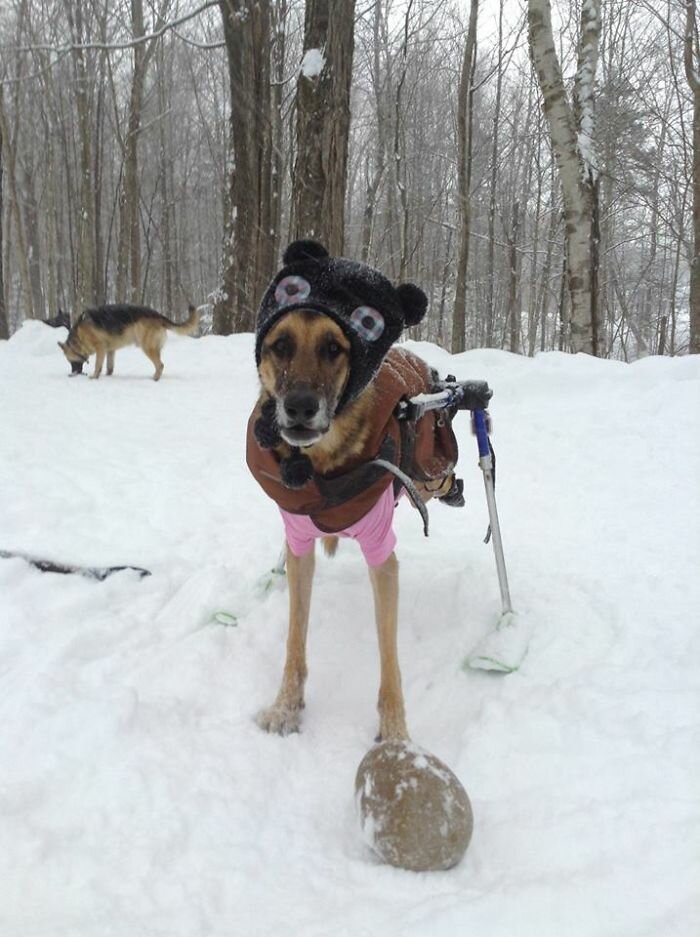 Tracy lost her pet after a prolonged illness, and to make it easier to cope with the loss, she took two German Shepherds, and it started… Since then, she has been taking dogs from shelters with special needs. At the moment, she already has eight tailed ones who are very happy that they are so lucky in life. 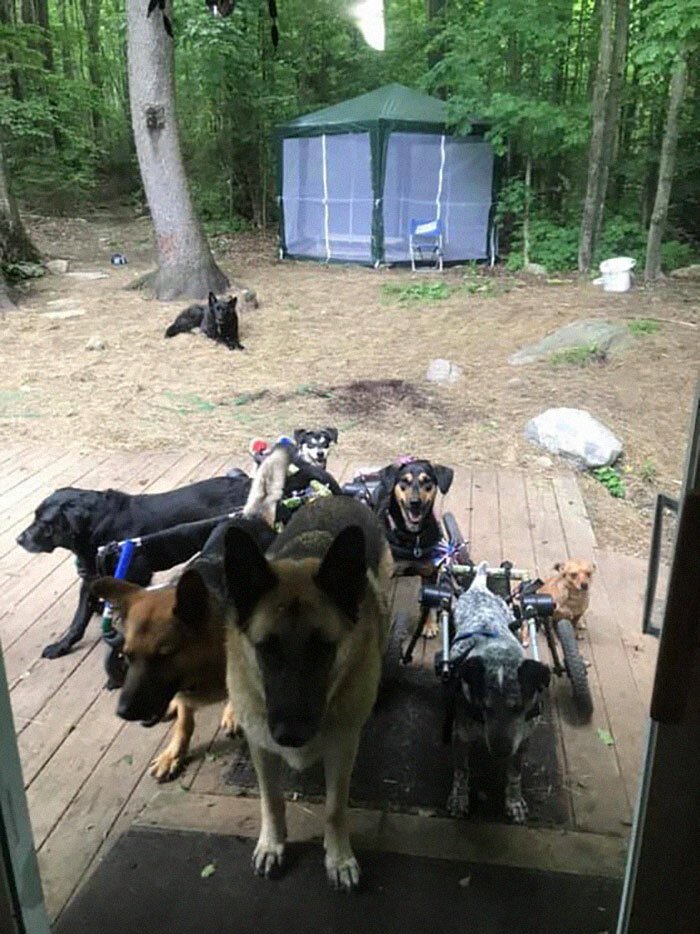 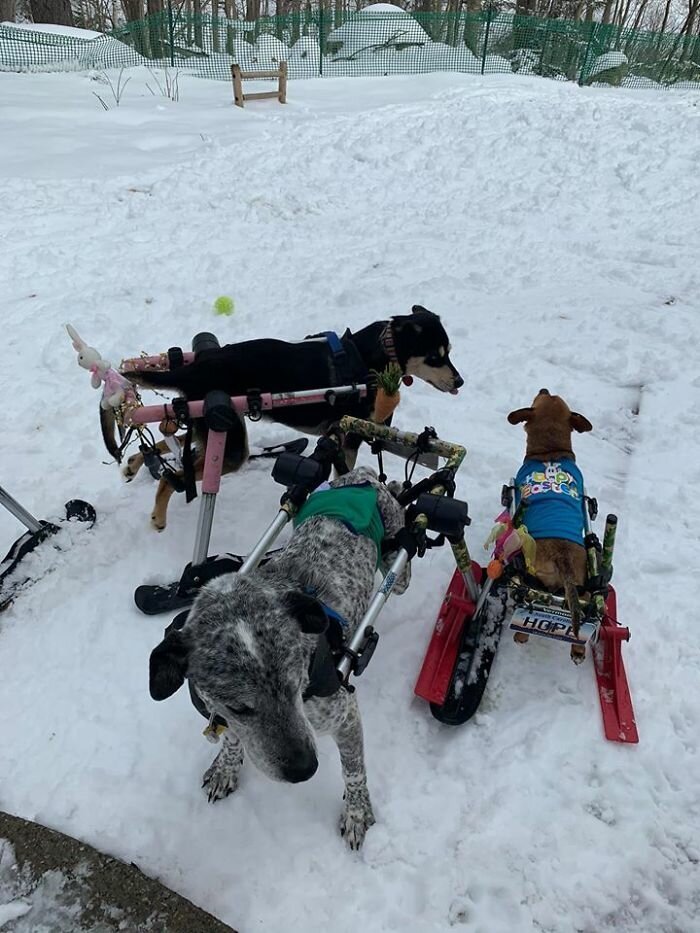 All her pets are paralyzed, and so that they could move, the woman bought them special strollers. These animals have had a very difficult life, but thanks to Tracy, now they are all loved and happy. 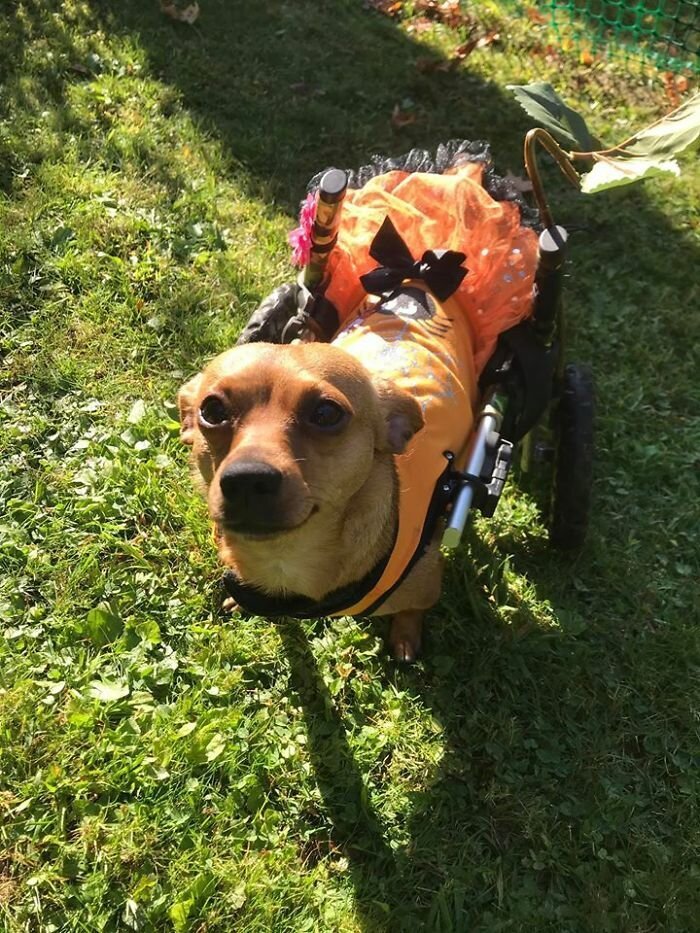 “Now I have eight dogs – six dogs with special needs, and the two German shepherds that came before,” says Tracy. 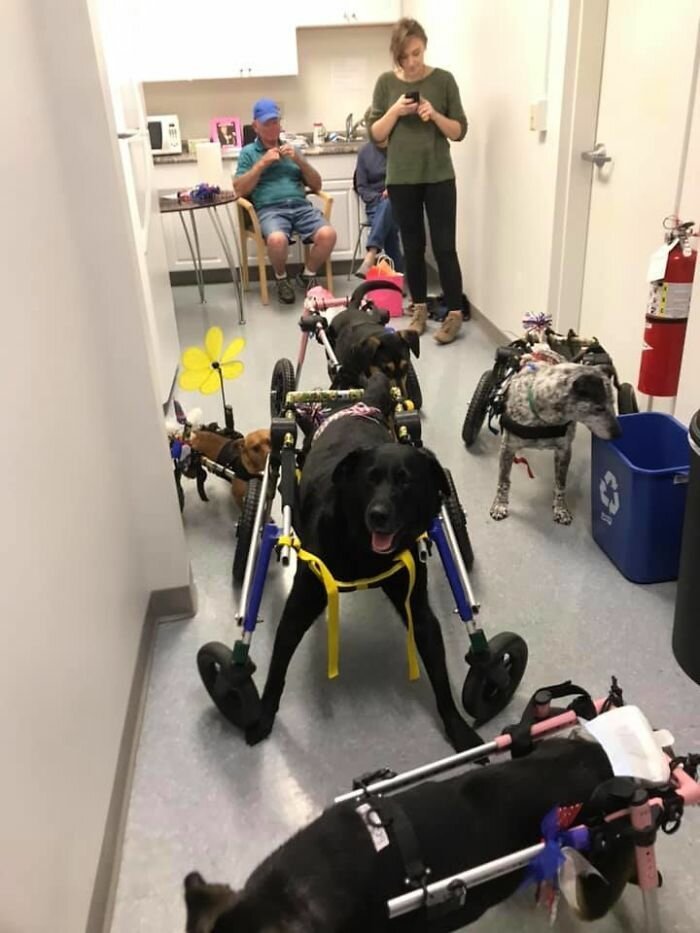 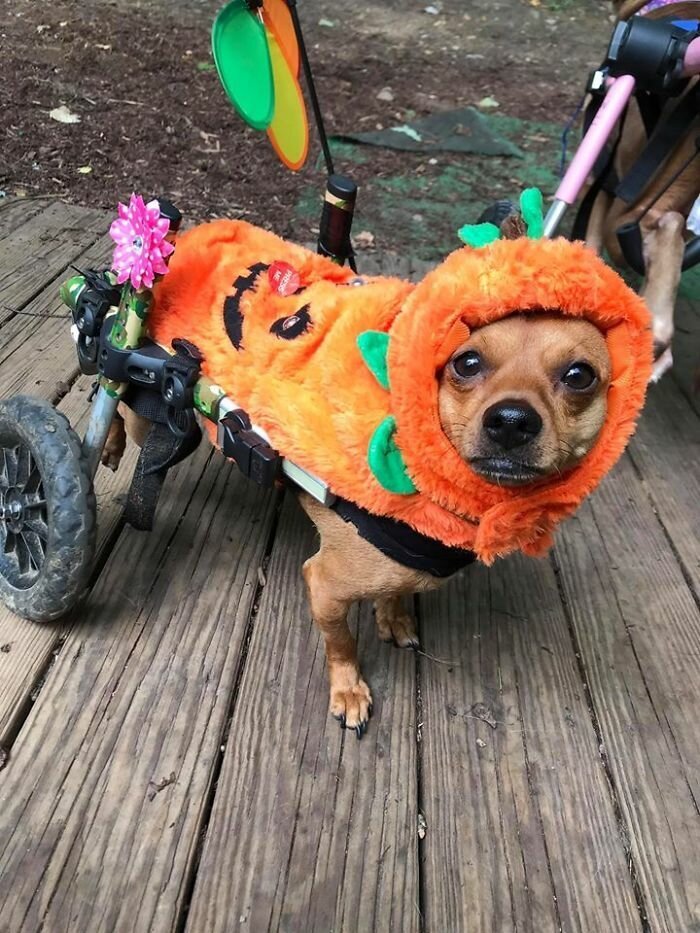 Dogs reciprocate with their owner. They just adore her. But they are all friendly with each other. Despite their peculiarities, they can run and frolic for hours. 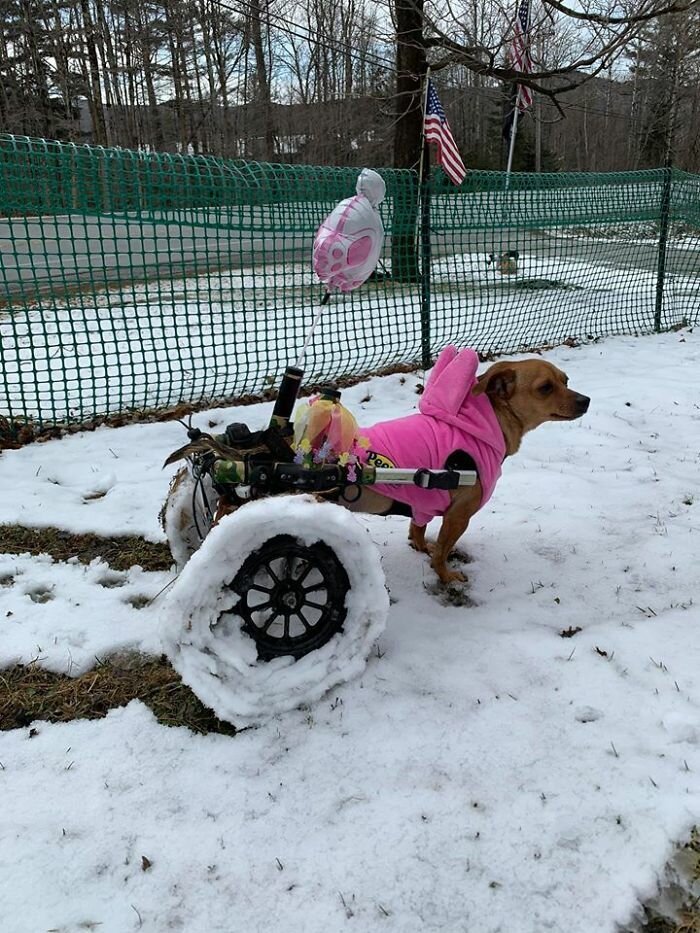 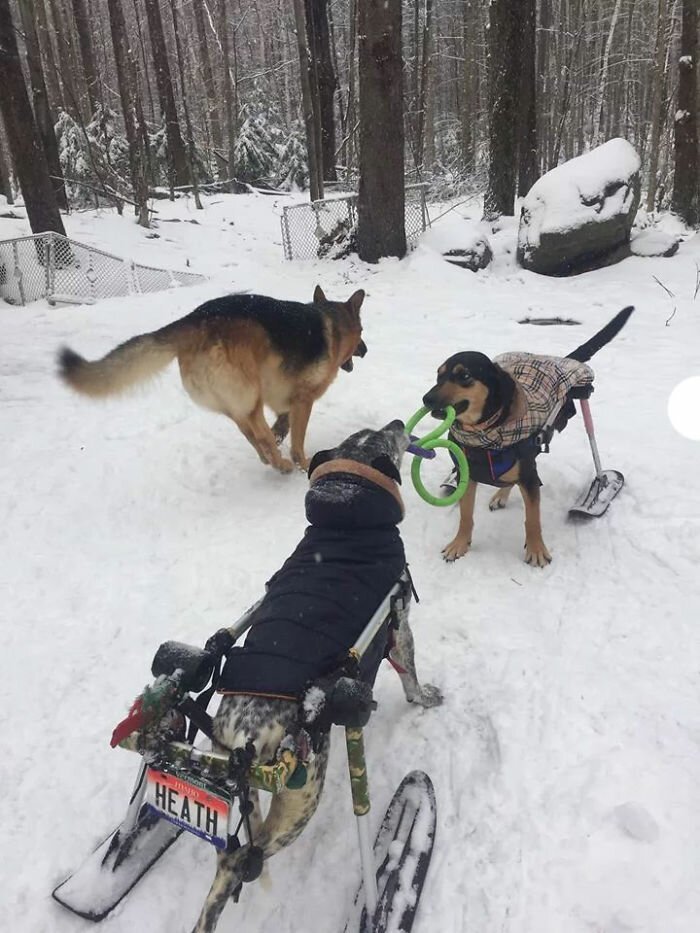 Tracy admits that she would like to show by her example that there is nothing wrong and terrible in animals with physical disabilities and this is definitely not a reason to leave them to their fate. 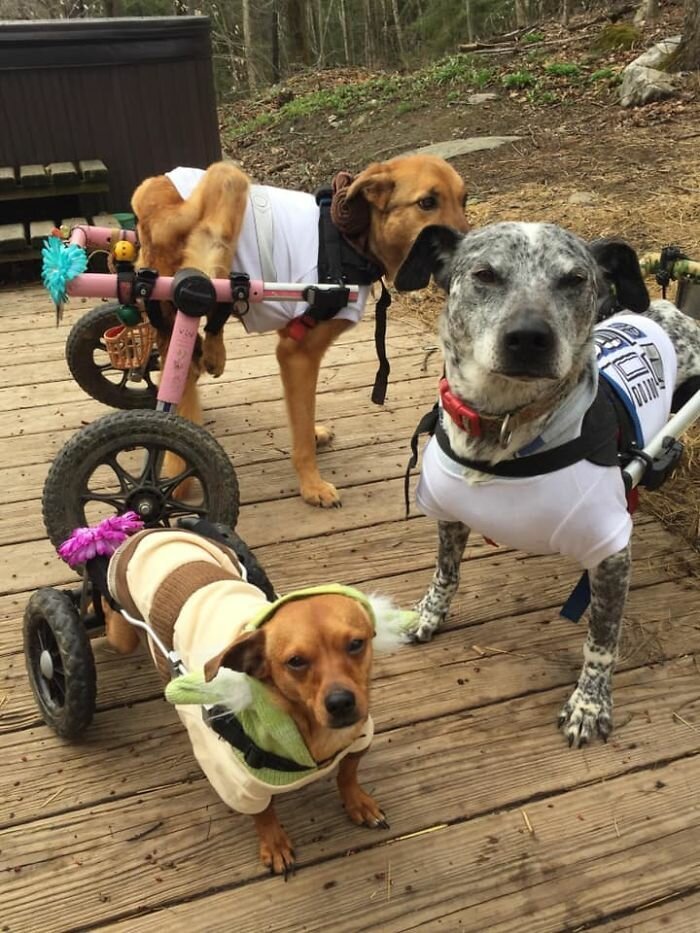 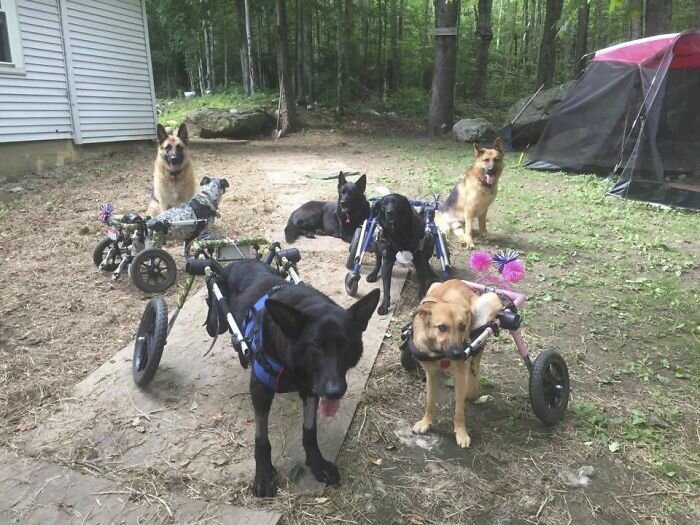