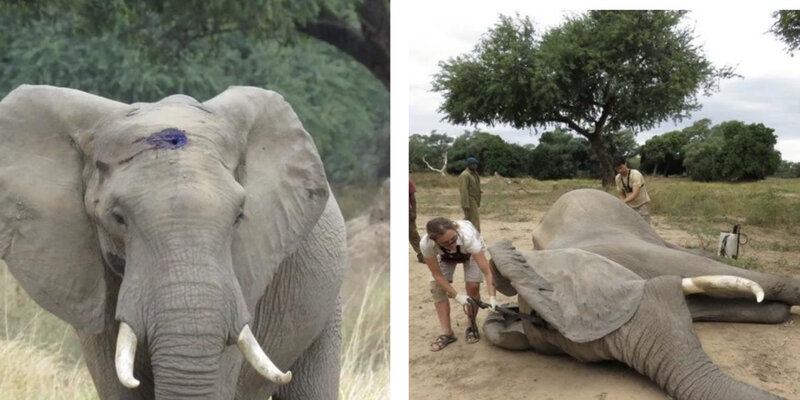 Even elephants understand that people are different. These smartest animals are still being illegally hunted in Africa. Just like hundreds of years ago, ivory is highly valued on the black market, which is why poachers kill tens of thousands of people every year.

The story of this elephant brings back faith in humanity.

He almost died from a poacher’s shot. Fortunately, the bullet was stuck in a dense bone. The elephant went to ask people for help.

Employees of the national park did not immediately understand why the elephant was purposefully walking towards them. Everyone knew of cases when rabid elephants swept away everything in their path. But when the wounded elephant approached, the employees realized that he was asking for help.

Rescuers quickly arrived at the scene. It was undesirable to transport the elephant in this condition, so he was immediately operated on.

The most difficult thing was to remove the bullet, it was pressed tightly against the skull. Nevertheless,
the bullet was safely removed, and the wound was washed.

Now the rescued elephant has become one of those who will be taken care of.