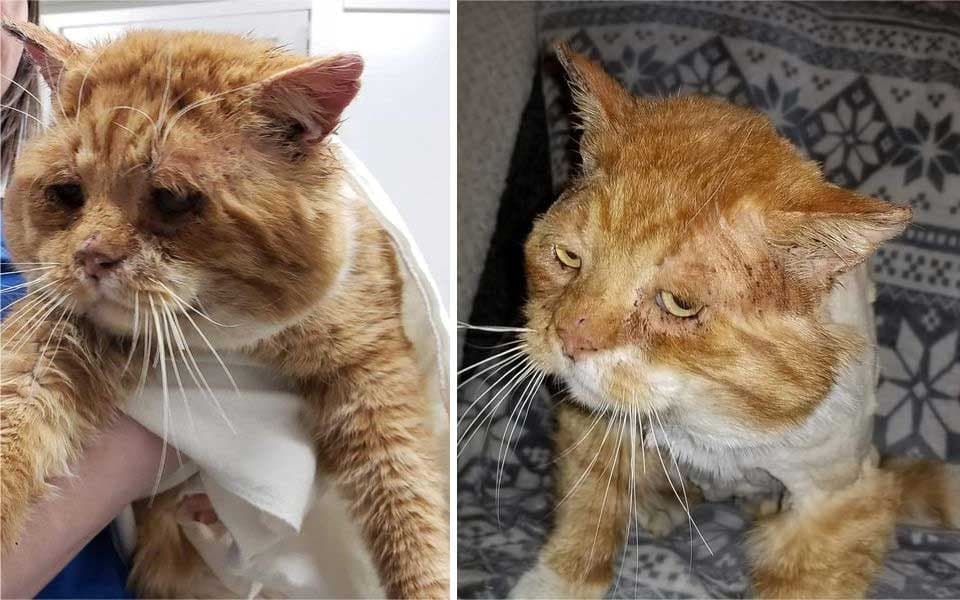 On Valentine’s Day, Jaelle, a resident of Quebec City, Canada, was surprised when an orange cat appeared in her backyard, scratching at the door to be allowed to enter. The woman says that she has never seen stray cats in her area and that the condition of this cat has touched her very much. Jaelle works as a volunteer, so she immediately let the cat into the house, since at that time the winter was quite severe. 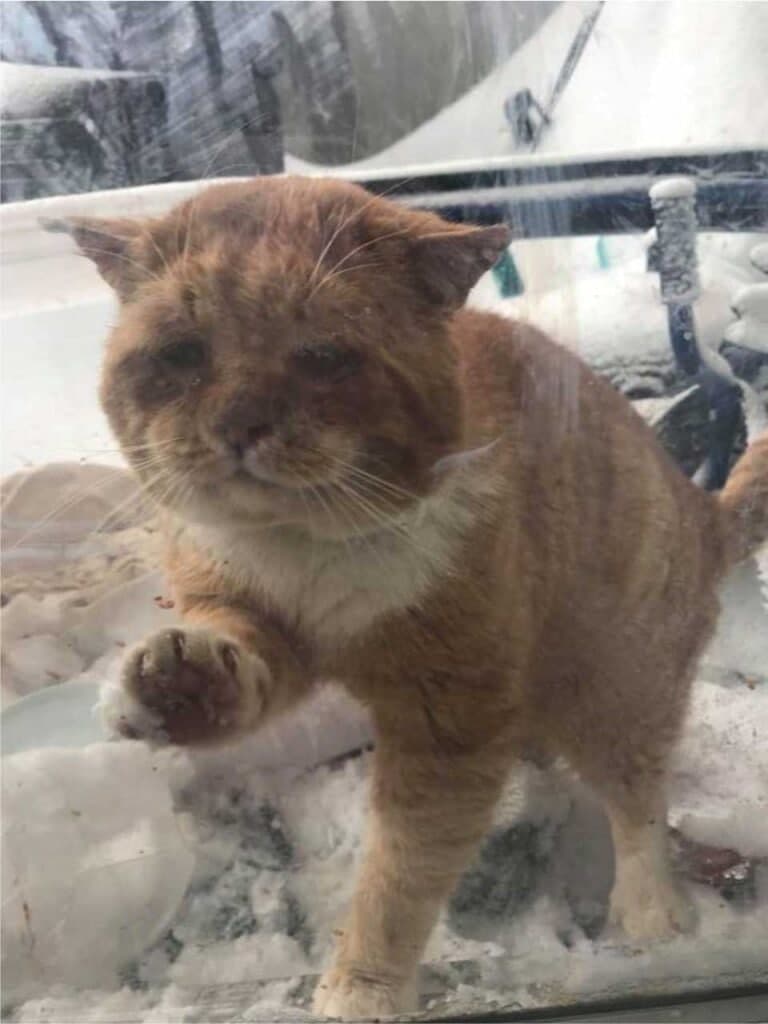 The cat looked quite exhausted, hungry, dirty, and very sick.
Jaelle contacted Marie Simard, the founder of « One Cat At a Time », to ask her for help, although she knew that adult cats are not accepted at the center. 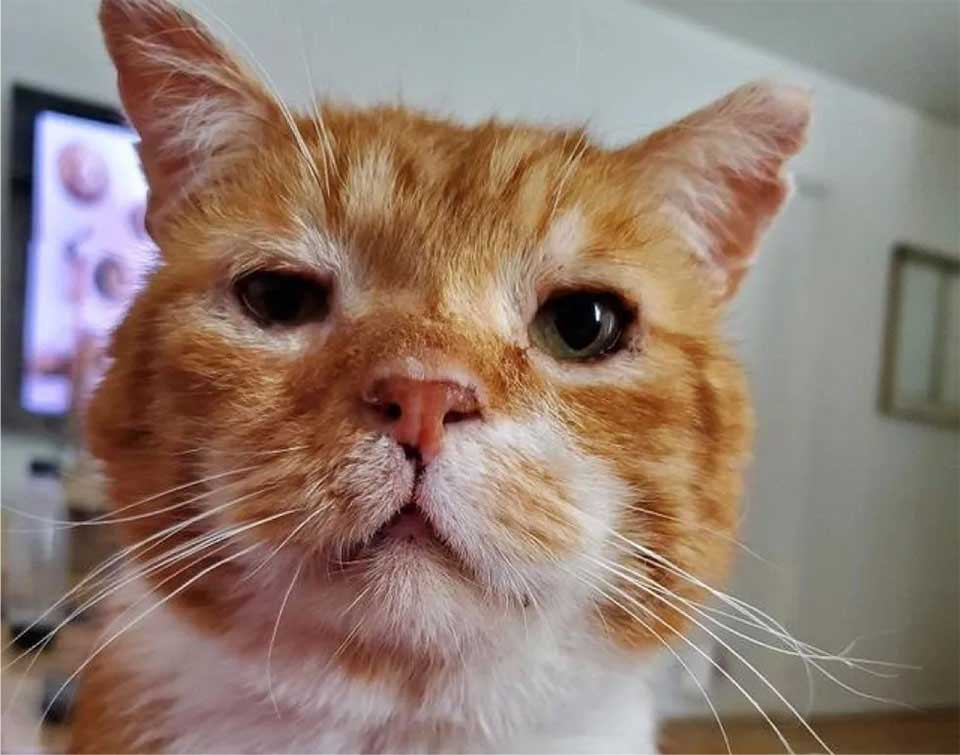 Marie asked her partner Dodo to take the cat to the veterinary clinic for examination. 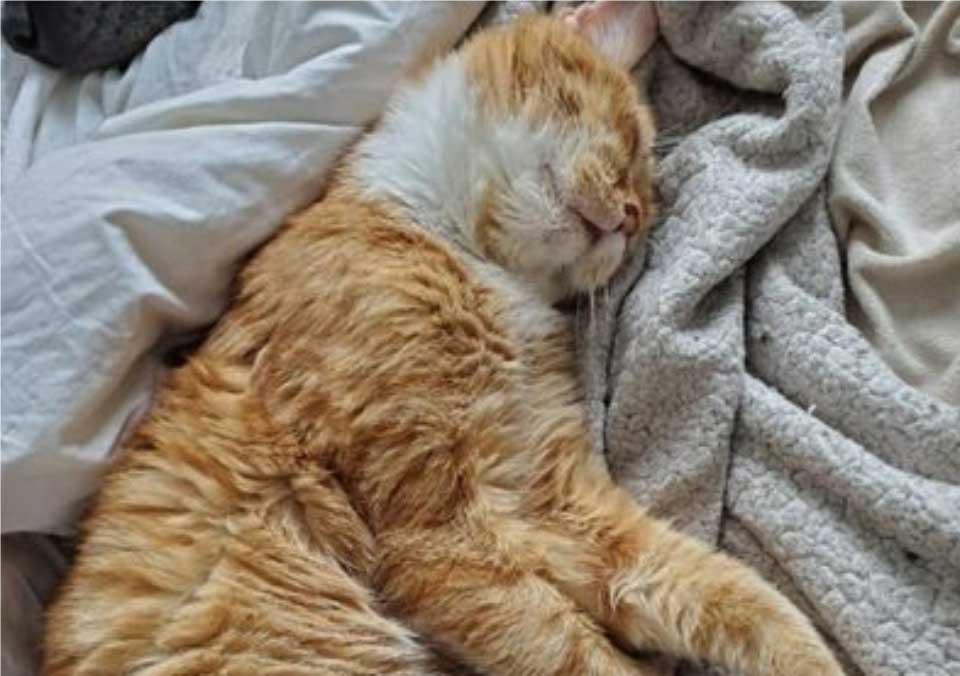 After entering the clinic, the cat underwent a series of tests that identified several diseases that should have been treated immediately. He had a lot of fleas, injuries all over his body, bites, rotten teeth, diabetes, and also tested positive for the cat immunodeficiency virus, in addition to some breathing problems. 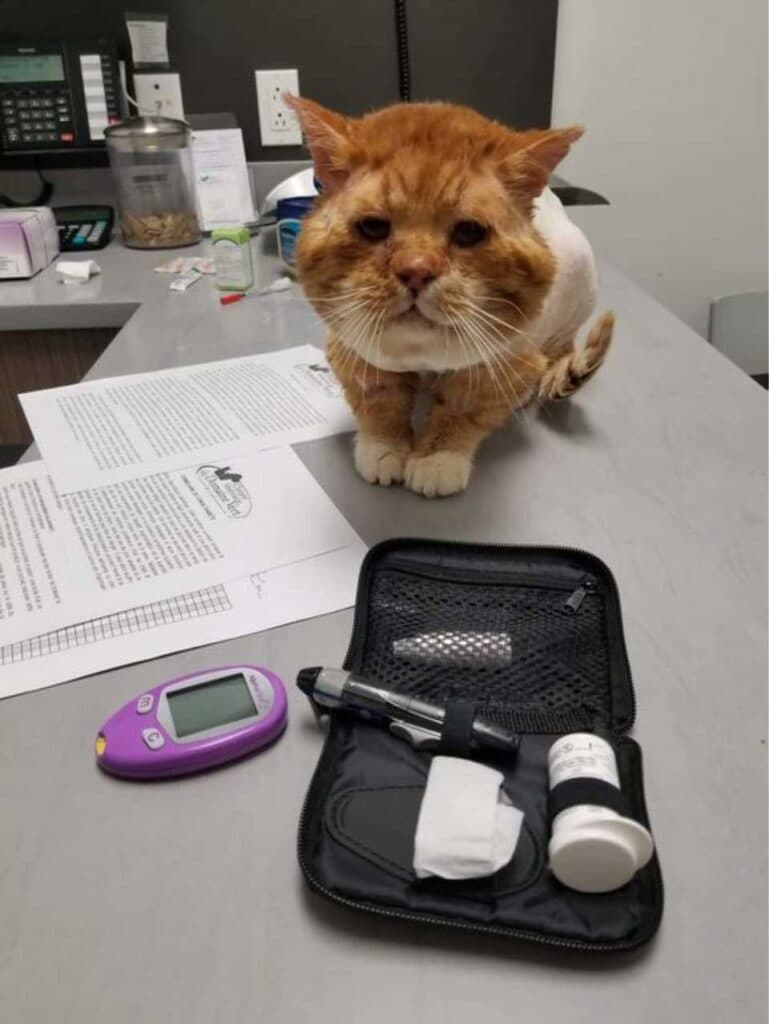 But his condition did not prevent him from being grateful and kind to the clinic staff. 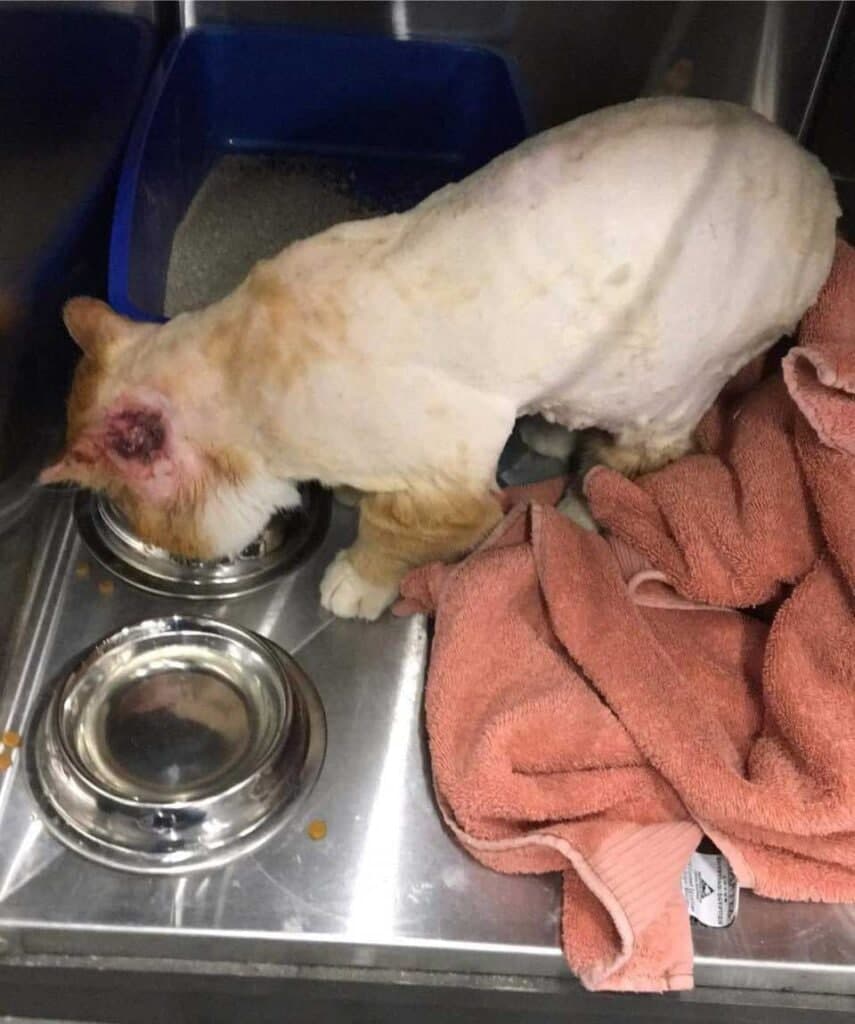 Maria named the cat Aslan after the Lion from the movie « The Chronicles of Narnia ».

During these days, Aslan began to recover and moved to live in a foster family, where he made friends with everyone. 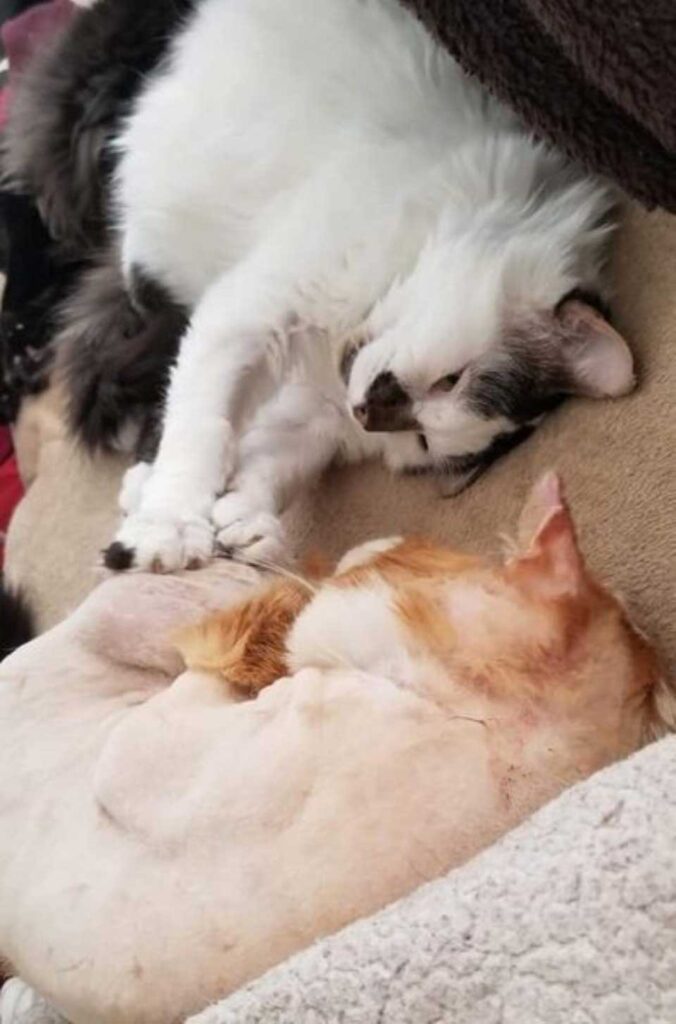 A kitten named Cleo, from the shelter, immediately became attached to Aslan. The bond between the two was so great that they never parted. 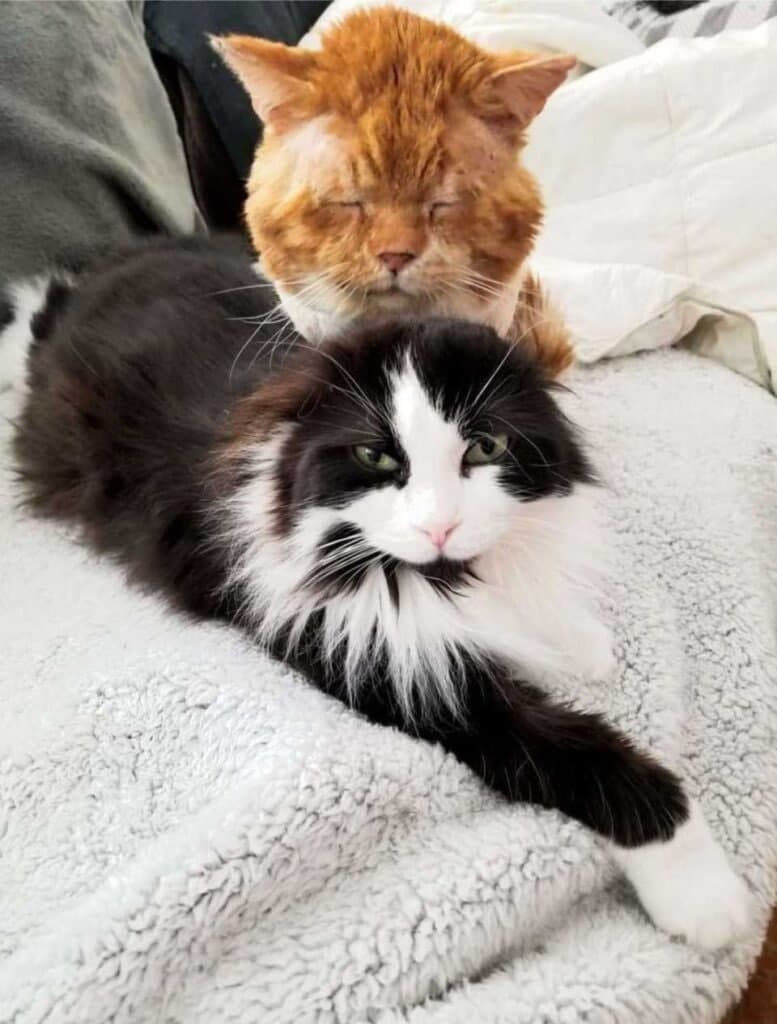 Jael, Aslan’s foster mother, was not going to have another pet, but seeing the strong bond formed between him and Cleo, she felt that she could not separate them and also took the kitten to herself. 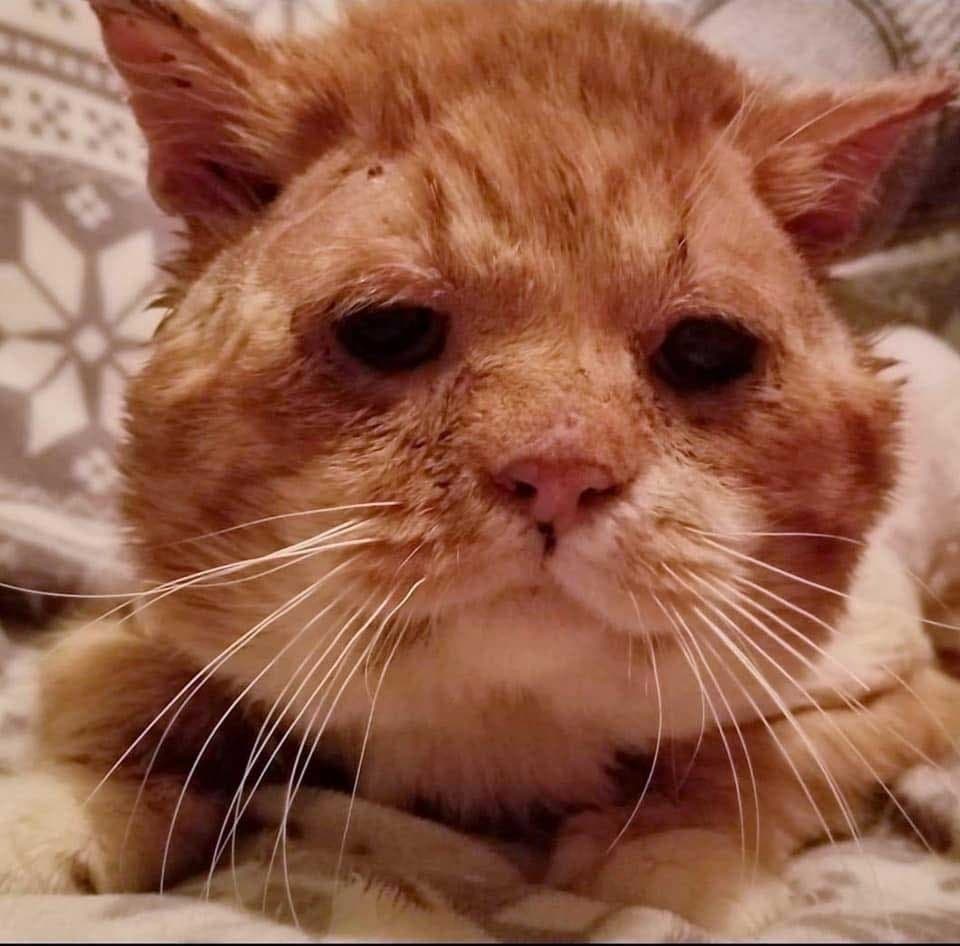 Today, Aslan found a place where he is loved and where he does not have to worry about survival, as He did.