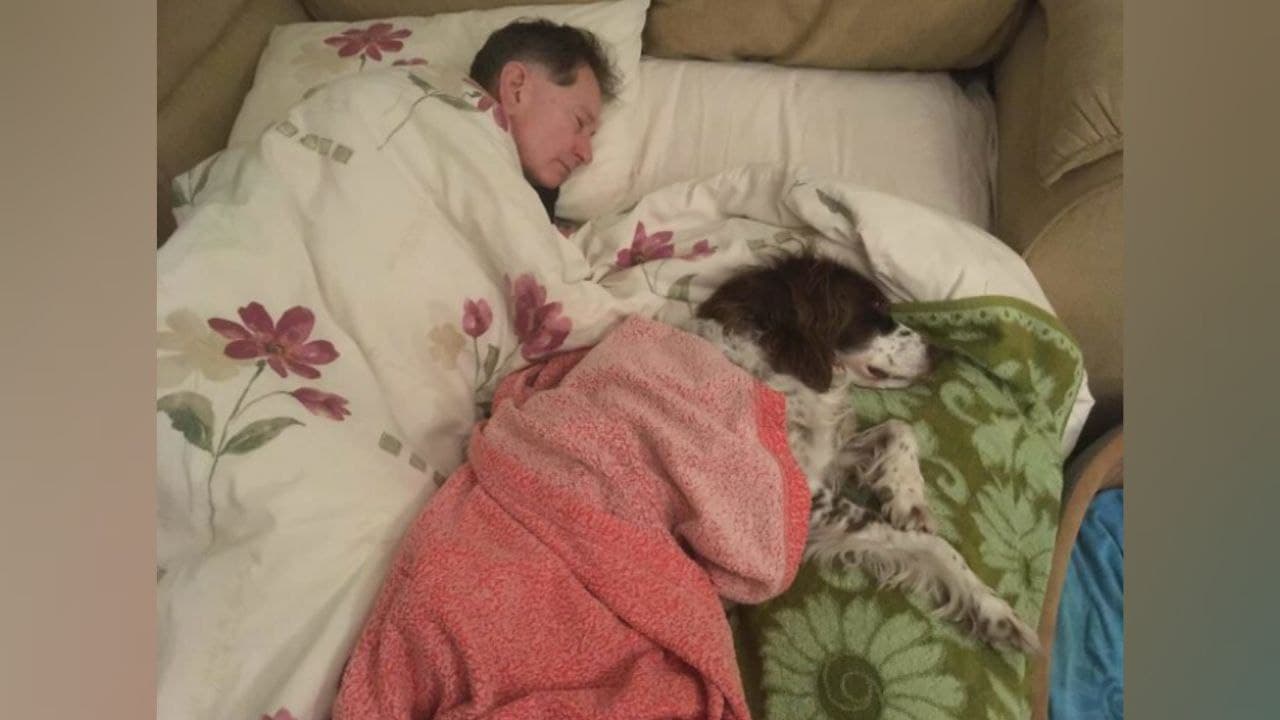 6-year-old Spike was taken from the shelter in 2012. Before he got to the volunteers, the dog had suffered a lot. Very soon he had a new, loving family.

In the two-story Morris house, the dog was allocated a cozy sofa downstairs. But the cheerful Springer spaniel immediately demonstrated to the owners how unbearable it is for him to stay without them even for a minute! After whining at the gate that blocked access to the stairs to the second floor, the dog jumped over the barrier and soon settled down in their bed. 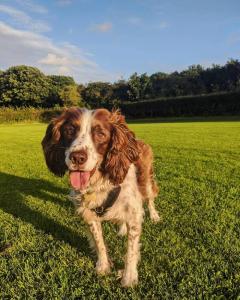 Spike is a hunting dog, he was always full of energy and mischief, but he also loved his family. He never fell asleep alone, always tried to get under the blanket to be closer to his beloved hosts.

Now Spike is 14 years old, he is already a respectable old dog and cannot, as before, skip around after a tennis ball. After the second stroke, the dog could barely stand on its own. The doctors share the hope that the spaniel can still enjoy life with the owners. However, the rehabilitation period requires abstaining from physical exertion. 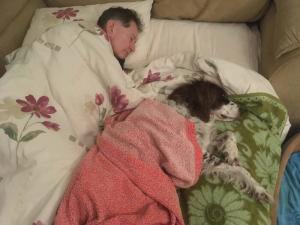 The head of the family, knowing the stubborn nature of his dog, decided not to upset the pet, not to leave him alone for the night. Near the sofa, the dogs put a couch on which all the family members sleep alternately. 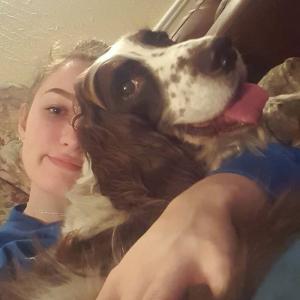 Mr. Morris calls the pet « old Bob » and personally brings him food and drink « to bed ». The owners do not consider it shameful to suffer inconvenience for the sake of the animal. 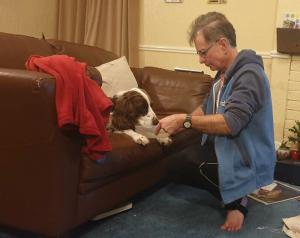 They sincerely love their old dog and are glad that they were able to give him love and faith in a person after a joyless start to his life.