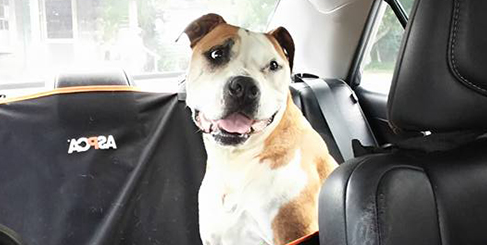 Dogs are by nature excellent defenders, they are always ready to help their owner.

What if the dog has no owners?

Today we will tell you about a real hero who lived on Baldwin Street in Georgia, he had neither a house nor an owner.

Once this homeless pit bull happened to witness a terrible scene: an aggressive man attacked a woman on the street. The dog immediately stood up for the stranger, but the man had a knife in his hands… 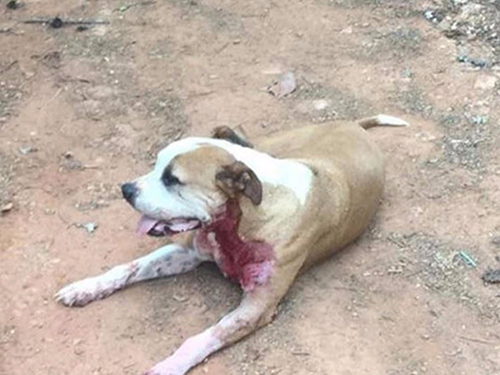 Unfortunately, the attacker wounded the dog in the fight, he inflicted 5 stab wounds on him. When the police arrived, Sergeant Timothy Clay and Officer Daniel Seeley, the dog was already in a very serious condition, he was bleeding. The woman who was rescued by the pit bull told all about the incident and how the dog protected her. 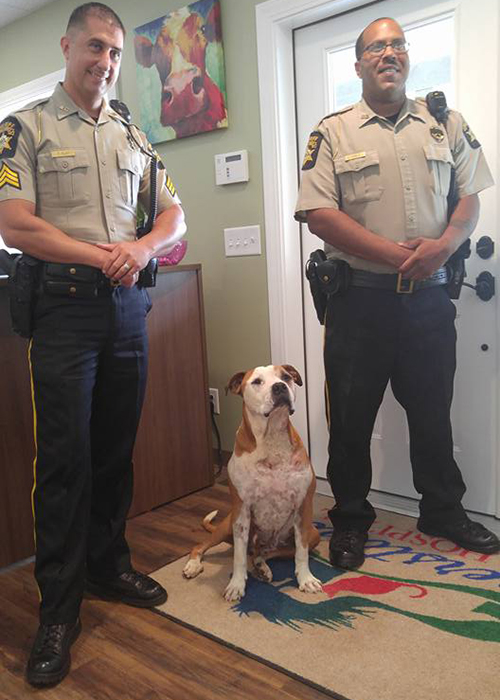 It was necessary to act immediately because the animal was dying. The police made every effort to take him to the veterinary clinic. They did everything to save the brave hero, and after a few days, he went on the mend. During the treatment, doctors found out that pit bull has a lot of diseases and injuries. Most likely, he often suffered from people on the street.

Because of such a brave act, the dog was named appropriately Hero.

Carla Welch — the woman who was saved by the dog, fully covered the costs of treatment. And when the dog was discharged, she took him to her. But due to certain circumstances, the Hero could not live with her, and she began to actively look for a family for him. It turned out that a lot of people want to « adopt » a pit bull. Soon he was picked up by Sarah and David Simpsons. Now they are happy because a real Hero lives next to them. 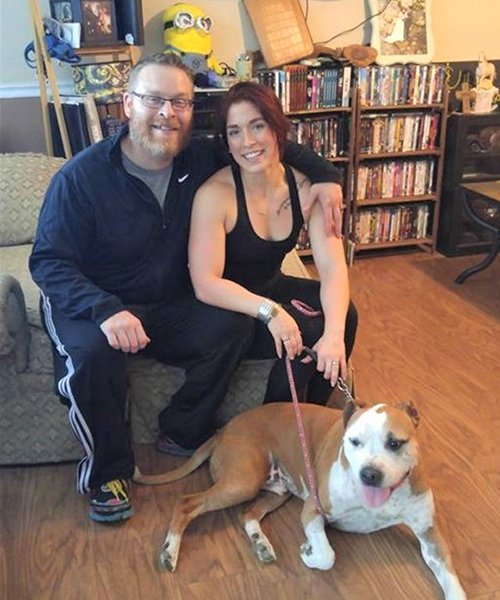