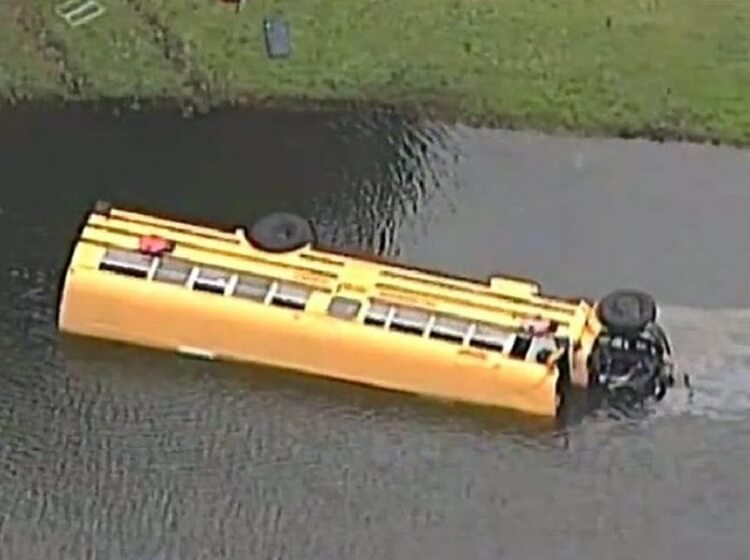 In the US state of Florida, a school bus, due to brake failure, flew into a river with alligators. After classes, the children went home. At some point, the driver realized that he was losing control, he tried to stabilize the transport, but without success. The worst thing is that the brakes failed on the road fenced from the reservoir.

The southern states of the United States are the native habitat of the largest, American (Mississippian) alligator. Thanks to the protection program, about a million reptiles live in almost all the reservoirs of Florida. Despite the fact that an alligator, unlike a crocodile, rarely attacks an adult, a child can suffer because of his size. 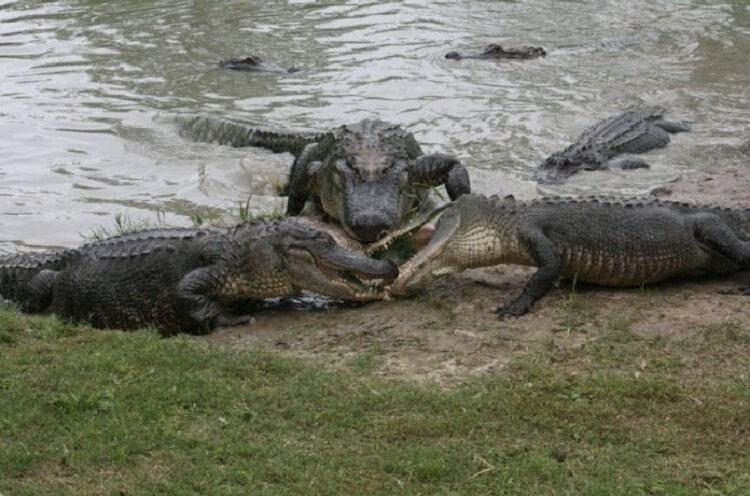 The bus was in the middle of a shallow river. There were elementary school students in the school transport. A 10-year-old boy, Nicholas, was one of the oldest among them. The boy, despite the panic around him, did not lose his head. The child got out of the bus through the window and pulled the girl out. 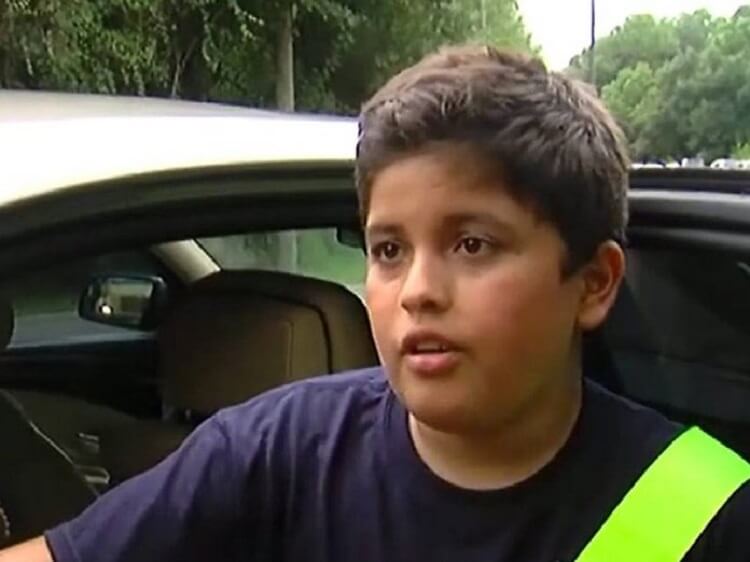 It was a few meters to the shore. The current and depth in the river are small, but they are a serious obstacle for kids. In addition, the reptiles showed interest in the unusual movement. A brave schoolboy carried three children to dry land on his back. Fortunately, there were witnesses who also hurried to rescue the victims of the accident.

None of the young passengers were injured.

And Nicholas is already the hero of the day in the eyes of the residents of the town. Not every adult is able to quickly navigate in emergency circumstances and, even more so, to risk himself for the sake of others.