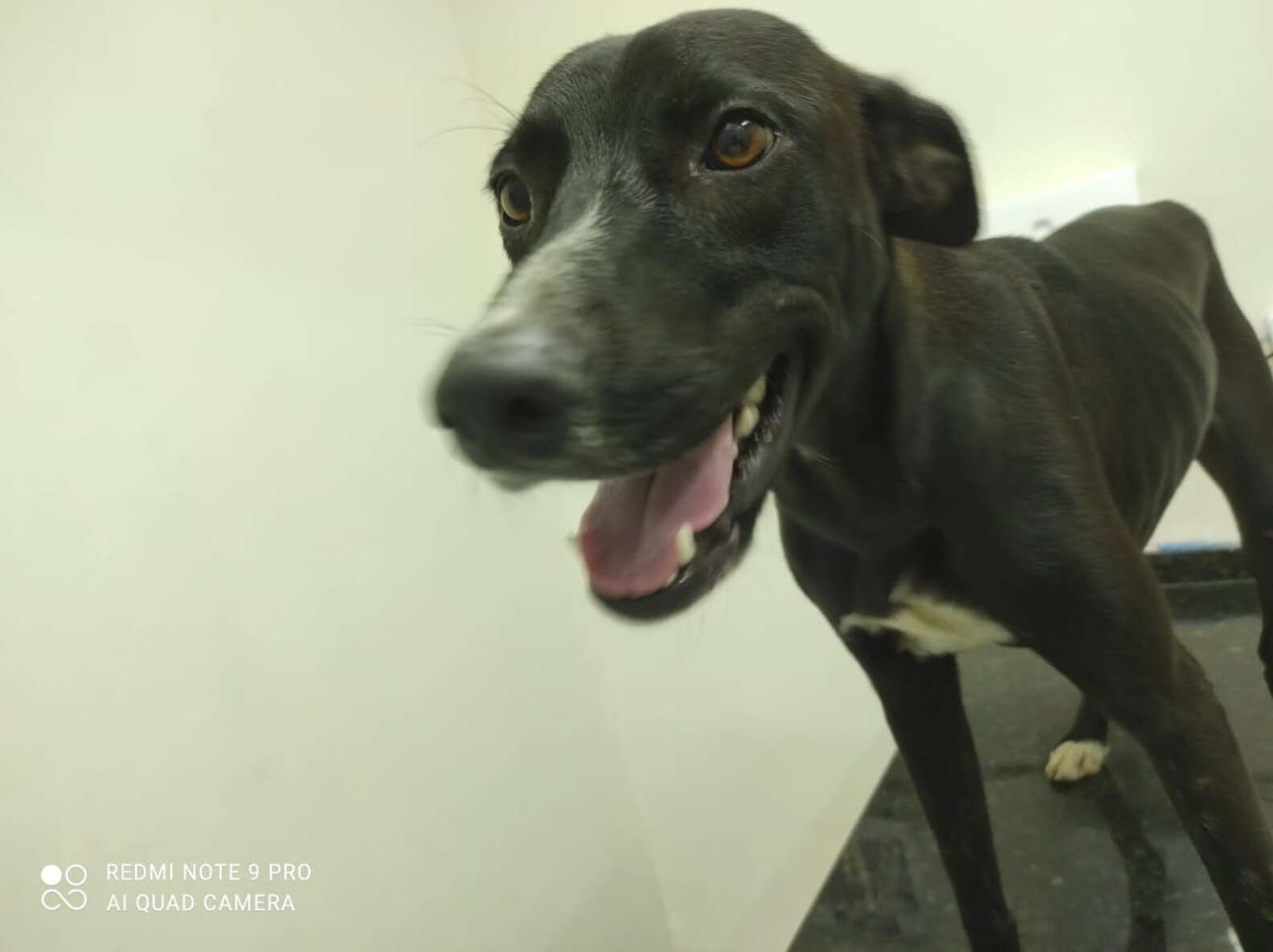 It’s always tough to be stray animals. They have to fight for food, fend for themselves. They have no home, no one to love and be loved. And when they’re hurt, they also have to deal with the situation alone.

The dog in this story encountered the same problems, but luckily, he knew exactly what he should do to get help.

This black dog was seen just a few days ago at Dayse Ferreira’s vet clinic in Ceará, Brazil. He was obviously wounded and had a problem walking.

As anyone could see in the CCTV footage, the poor dog found his way to the vet clinic on his own, waited patiently for the clients to go out before hesitantly limping in and quietly sitting down. Such a good-tempered boy.

Thankfully, the dog had found just what he was looking for: their help. Once the vet saw the dog, she quickly greeted him and checked his paw.

Dayse also saw a bloodstain on the floor, so she realized there was still something else, not just the paw. After a quick examination, the professional vet discovered a tumor on his body, which seemed to be the result of an unstable life on the streets.

Fortunately, his condition wasn’t too serious. All of the problems were treatable and he would recover after just a few weeks.

But it wasn’t the only good news.

The video of the unusual service has drawn plenty of attention over the internet, and people are eagerly finding him a new home. So, the dark days are officially gone.

Dayse and her husband also revealed that they were receiving a lot of calls. But the couple is in no hurry, they are carefully evaluating each one to make sure the dog could be adopted by a perfect family.