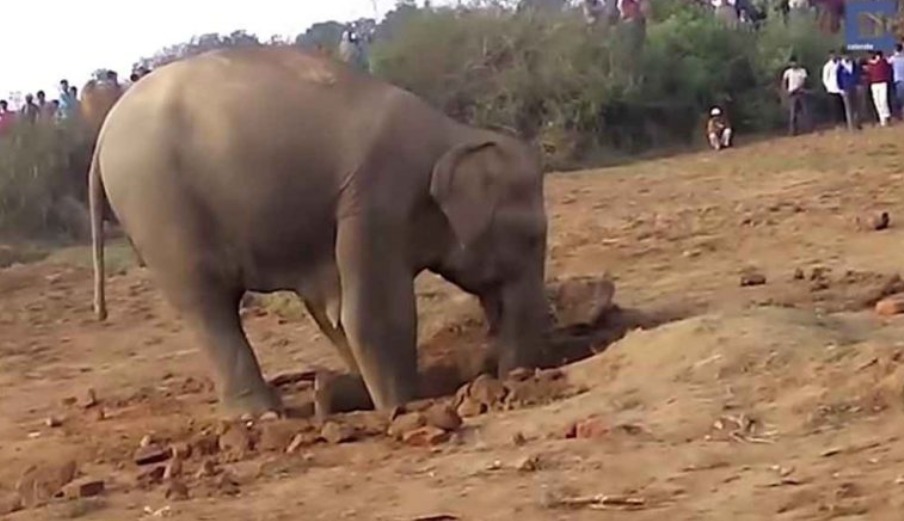 Motherly love and protection are just the best things in this world, and we can see that fact clearly in all species. The love of a mother for her baby, in humans or in animals, is simply boundless. And if you need more reasons to believe it, this story will give you one.

In 2015, people in a small village in India happened to witness a strange scene: an elephant tried hard digging a hole for 11 hours in a row, from sunrise to sunset. First, she used her trunk as a shovel, and then her feet were included in the process too. 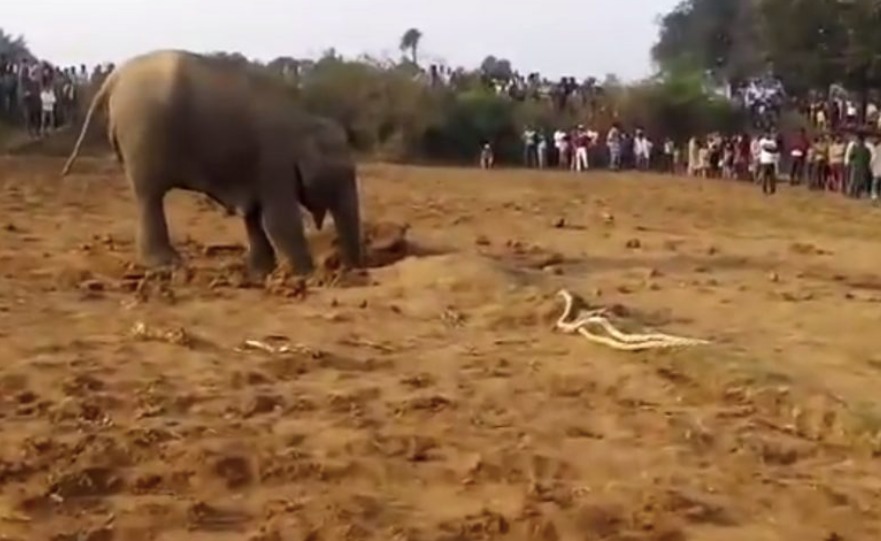 The elephant was a part of a large elephant herd spotted walking through northeastern India. But obviously, the girl was too busy with her own “work”, so the herb of about 60 elephants had no choice but to leave her behind.

The villagers were curious and, of course, confused. No one had any idea what was happening at that moment, and wild elephants could be dangerous so they had to keep a certain distance to observe more. 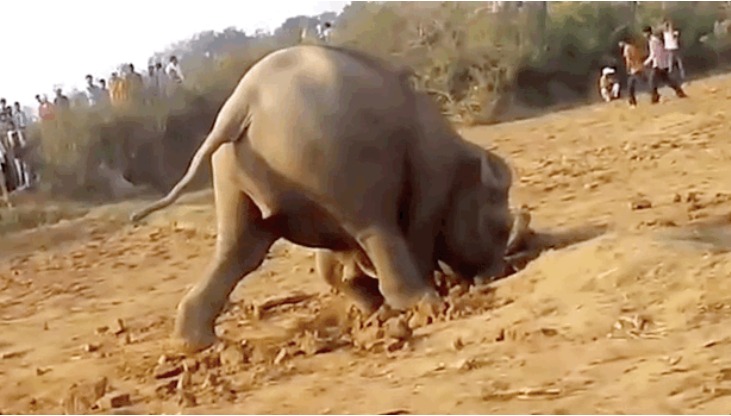 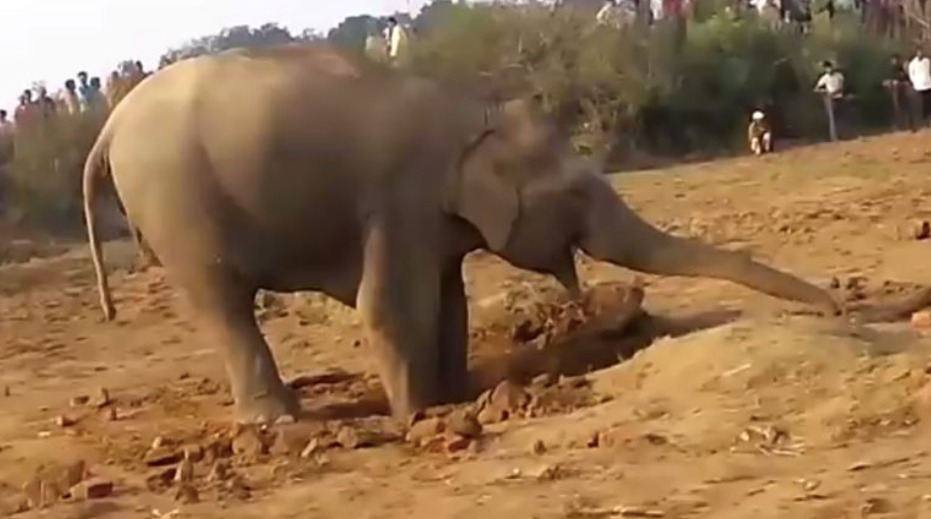 It’s not until hours later that they finally figured out the touching truth behind her action: her kid was there, stuck in a muddy well. They wanted to help, but they did not know how.

Unfortunately, the elephant gradually lost her strength, and her clumsy moves were making the situation a lot worse. The girl unintentionally pushed more and more mud into the well, so the more she dug, the deeper the little animal was shoved back.

That’s when the villagers knew they had to act, fast. 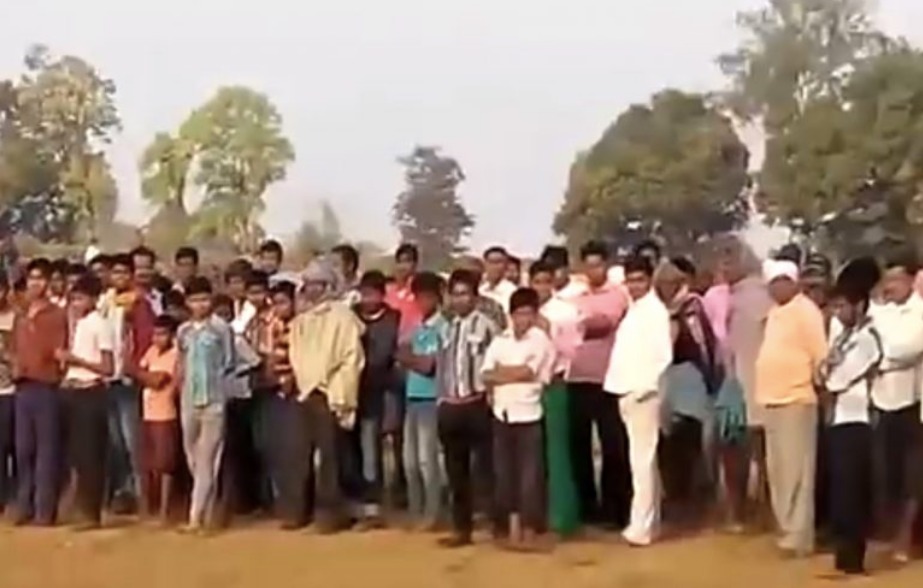 According to Jitendra Tiwari, a villager who filmed the elephant’s struggle and took part in the rescue, they decided to do it creatively by chopping off a few banana trucks to distract the mama. And thankfully, their plan worked just in time. 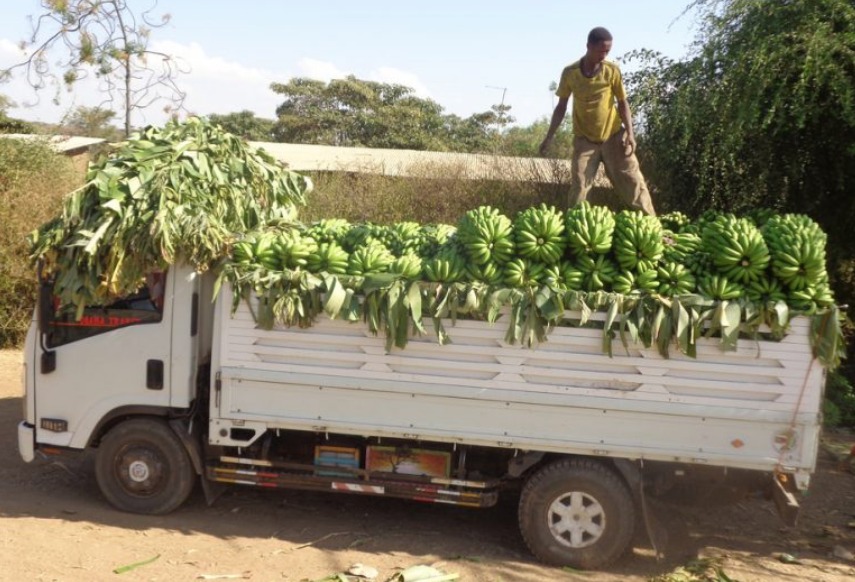 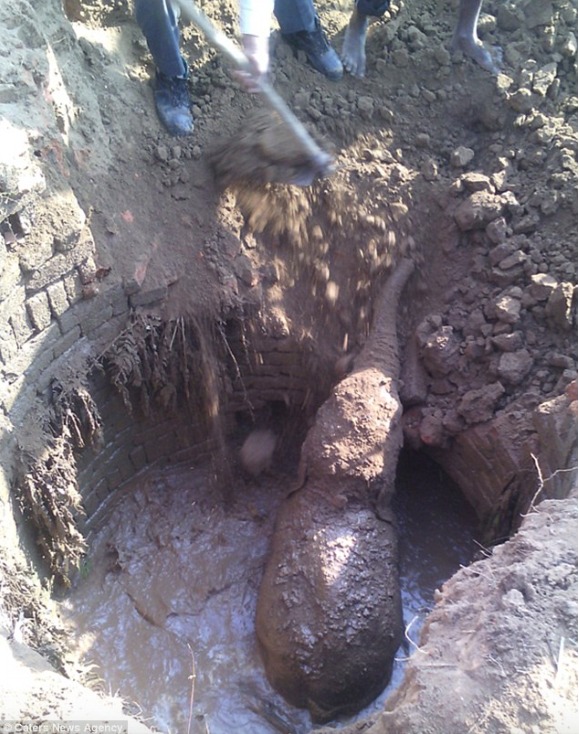 Finally, it was the elephant mom who used her trunk to took the baby out. At last, all of her efforts were worth it! Her child was safe! 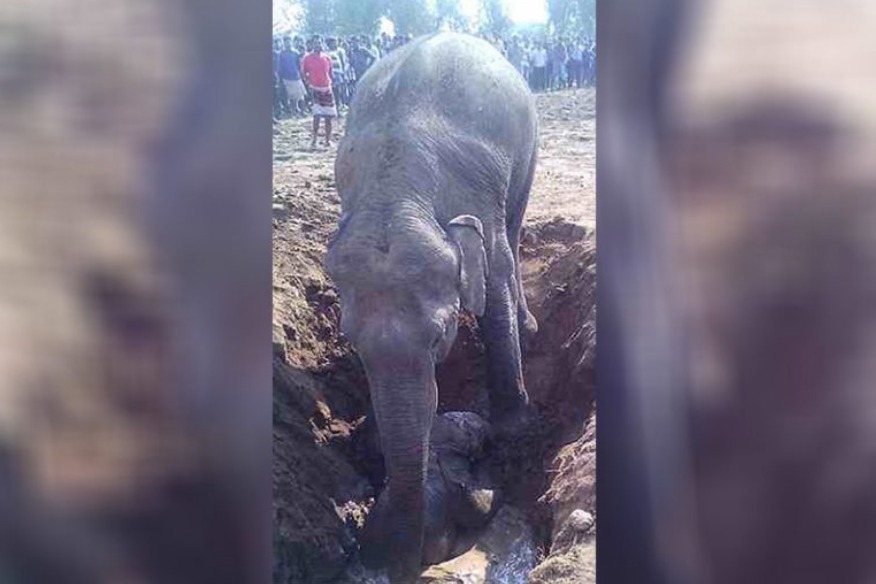 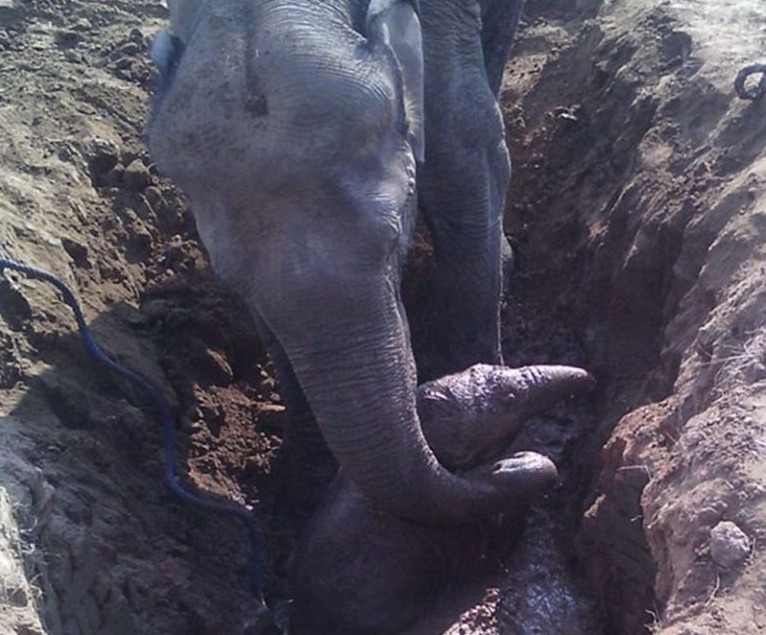 It’s a little sad that the mother and her calf had to leave right away. They got on the road almost immediately to catch up with the others. However, the sight of the two elephants walking side by side sweetly to continue their journey was absolutely something that kind-hearted villagers would never be able to forget. 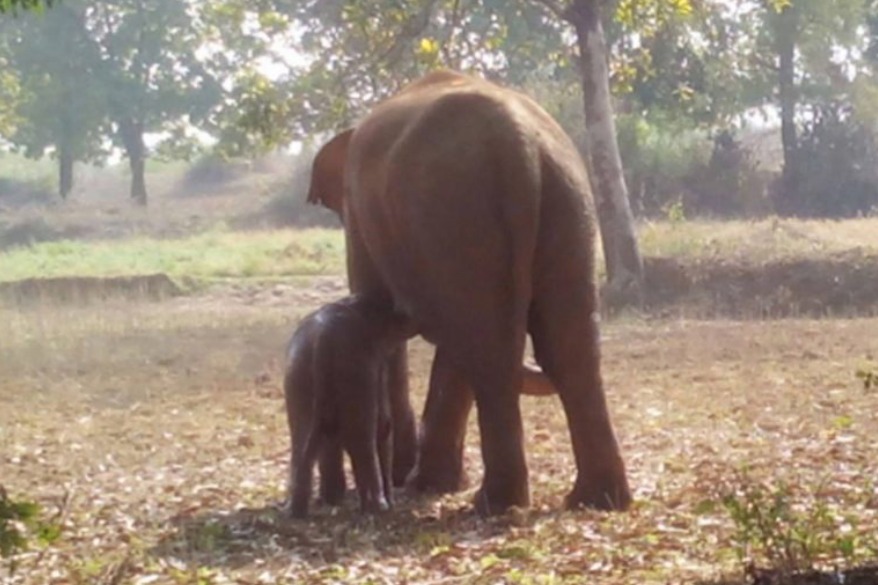 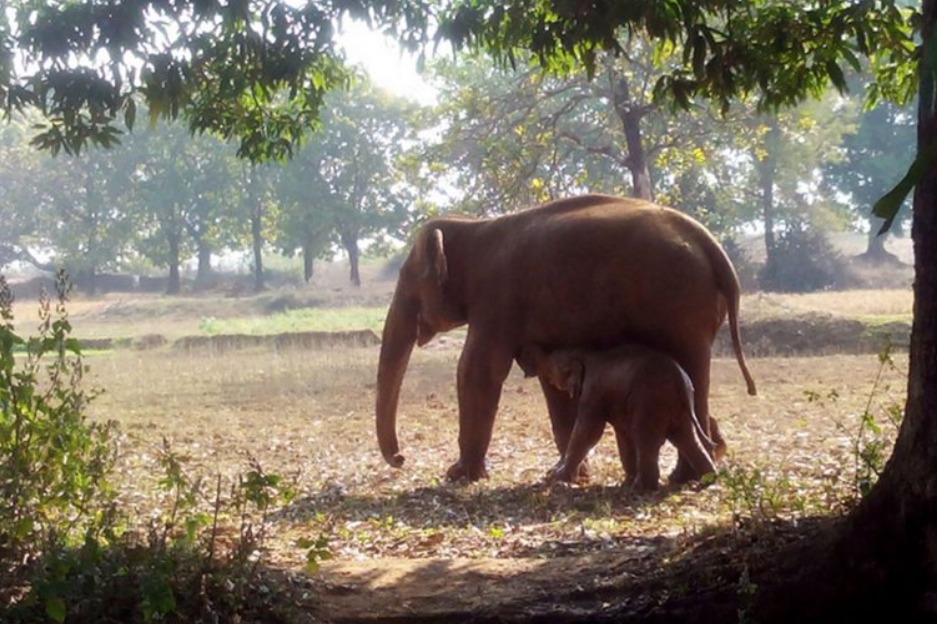