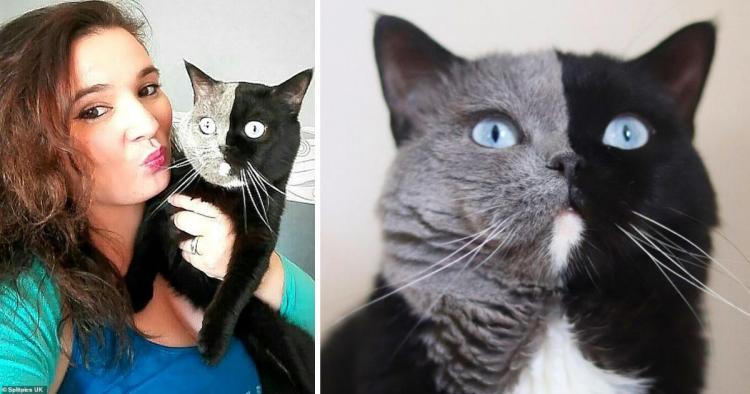 Narnia is the name of a three-year-old cat living in France with Stephanie Himines. Thanks to its unusual appearance, Narnia is a real « star » of social networks. One-half of the face of this blue-eyed cat is painted black, and the second half is gray.

Stephanie Jiminez did not take away from her pet the chance to have offspring, and recently Narnia became a father. In the case of the descendants of the original cat, nature also showed its imagination. Each kitten looks like its father, but they are completely different: one baby has gray hair, and the second has a black one. 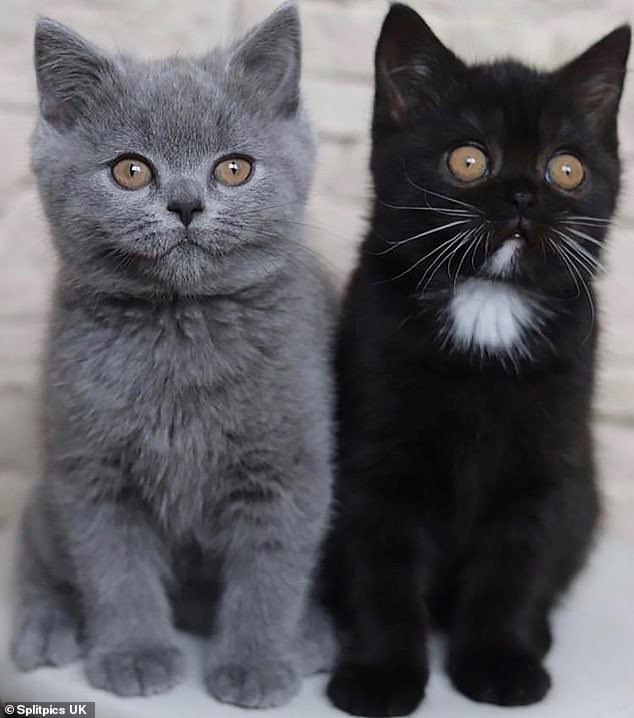 Over 246,000 people have followed Narnia’s Instagram page. Subscribers call an unusual cat in different ways: Terminator, Two-faced, and also-Chimera. Usually, scientists call animals with this type of color a chimera. Such a strange color is inherent in organisms whose cells contain 2 types of DNA due to the connection of two embryos. 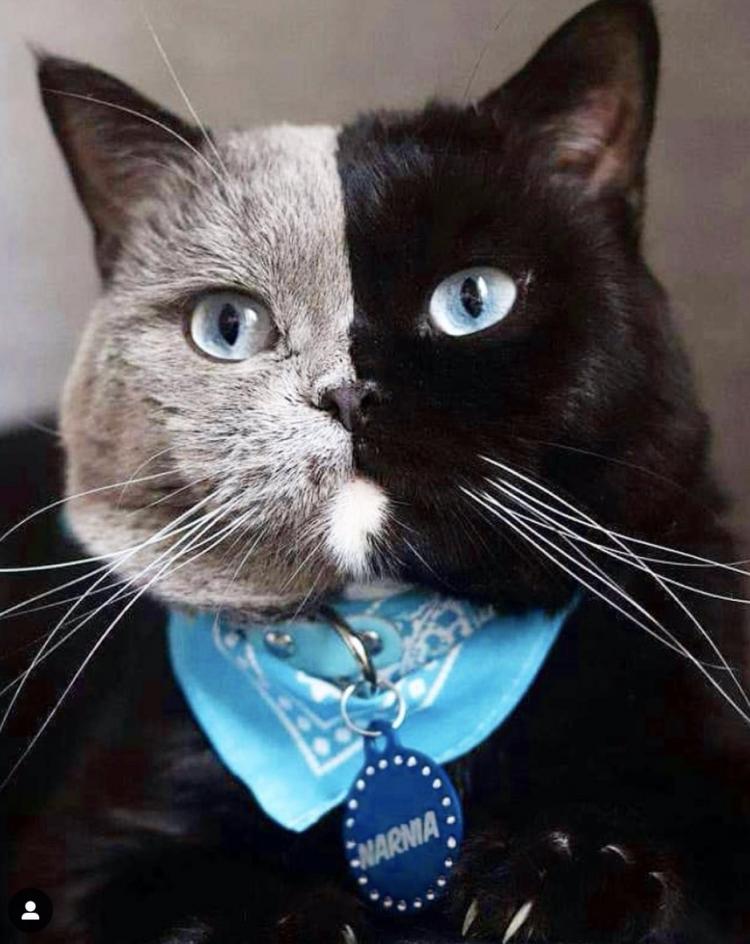 The owner of the cat, Stephanie Himines, claims that according to the results of genetic research, Narnia is not a chimera in the scientific sense. And why her pet has such amazing coloring is still a mystery.