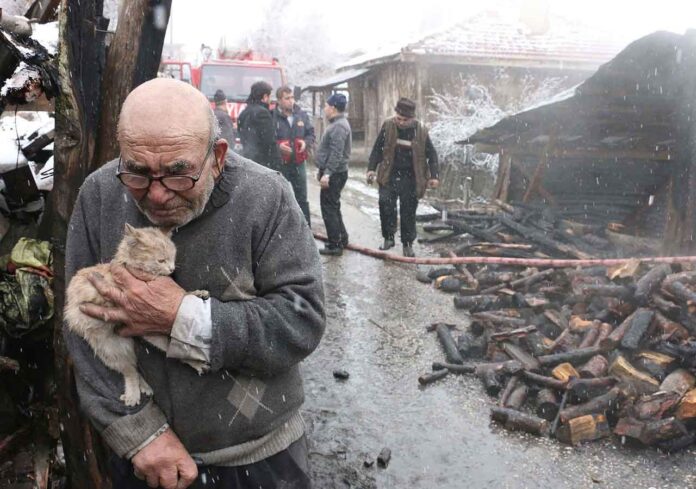 In January 2018, one of the most touching photos made a trip around the world. Ali Mese, an 83-year-old man, lost his house in a fire, and the only thing he was able to save was one of his cats. 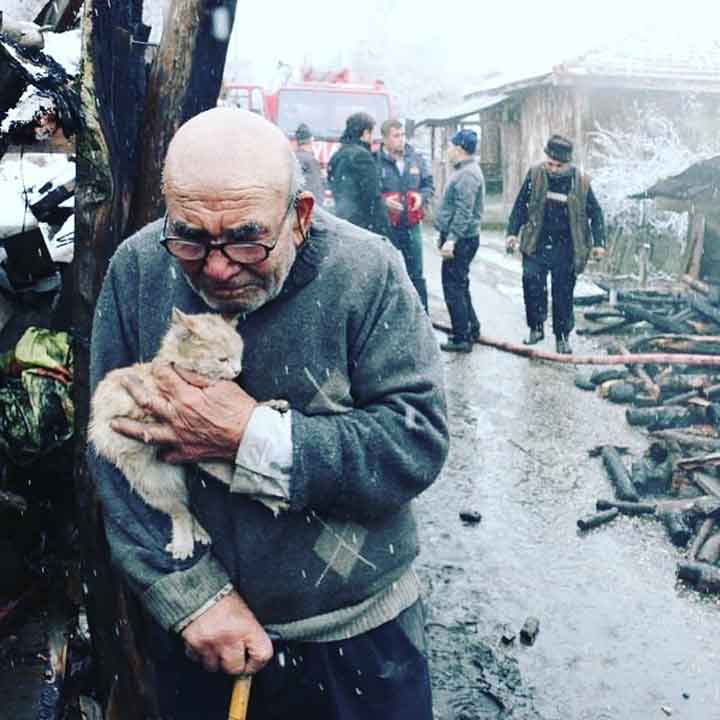 In the photo, Mese hugs his pet with deep sadness.

On January 17, residents of the city of Ordular in Bolu province in western Turkey witnessed the tragedy of Ali, who accidentally burned down his house when he tried to light a gas stove.

In a matter of minutes, the house turned to ashes.

Unfortunately, the man lost other cats, as well as several chickens that were part of his livelihood. Neighbors and rescuers managed to save Ali, his wife, son, and one of the kittens. The frightened old man was in shock because he had lost everything.

The image of an old man hugging his pet became viral and spread throughout the network, and the authorities of his country decided to give him and his family a new home.

Ali was taken to hospital where he recovered from minor injuries and burns before meeting his cat again. His story caused such a stir that hundreds of people joined him to help him. 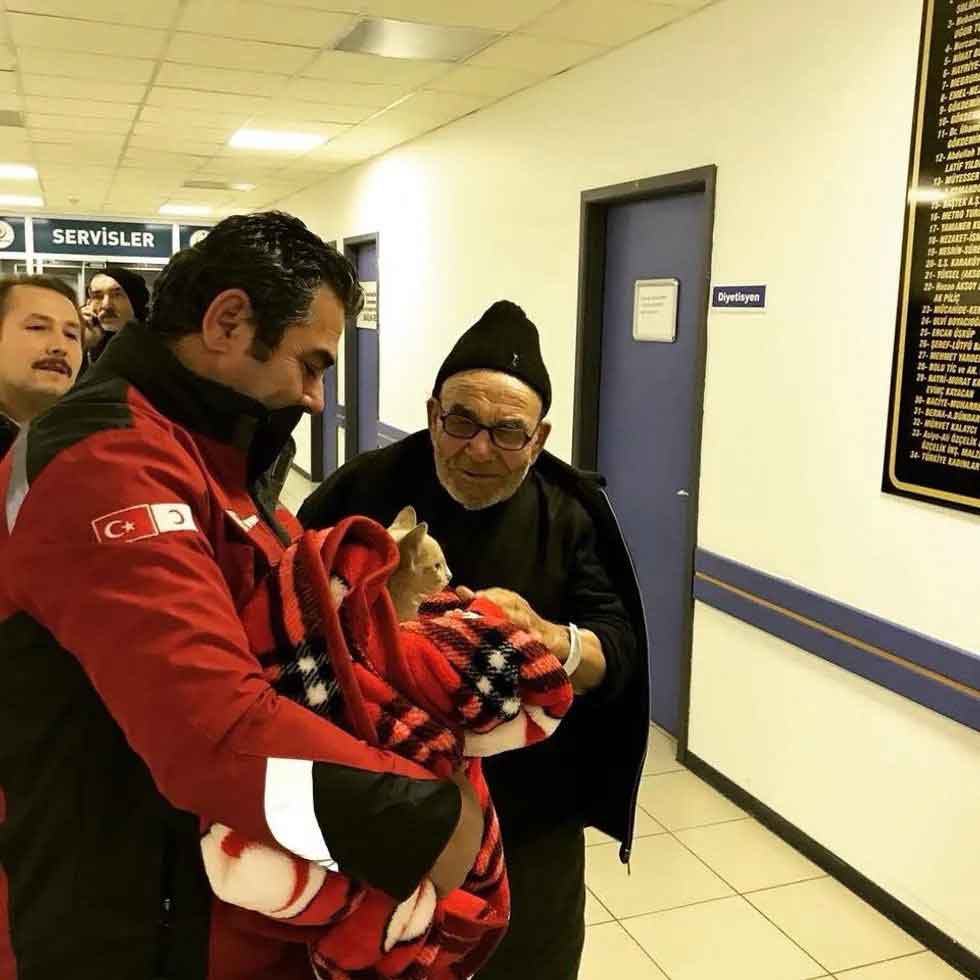 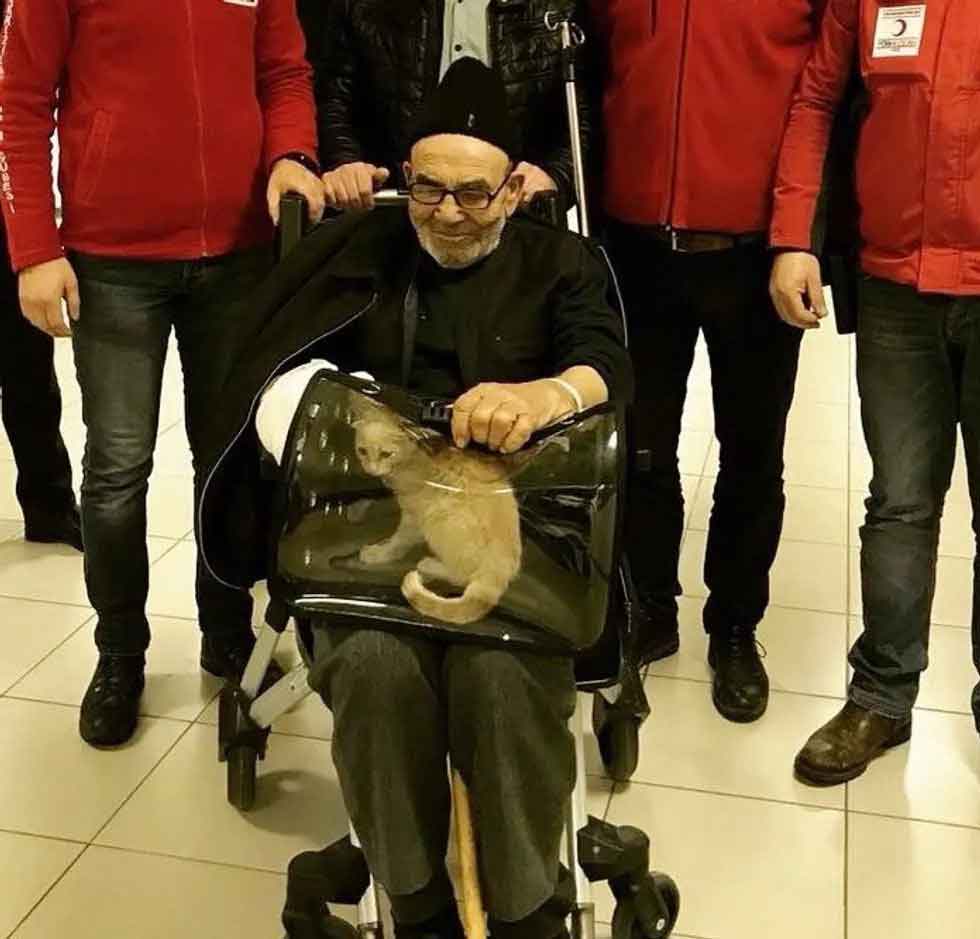 Journalist Ellen DeGeneres on her Instagram account indicated that Ali and his pet are in good condition and that the governor of the province to which the Ali community belonged offered him a new home thanks to the Solidarity Fund. 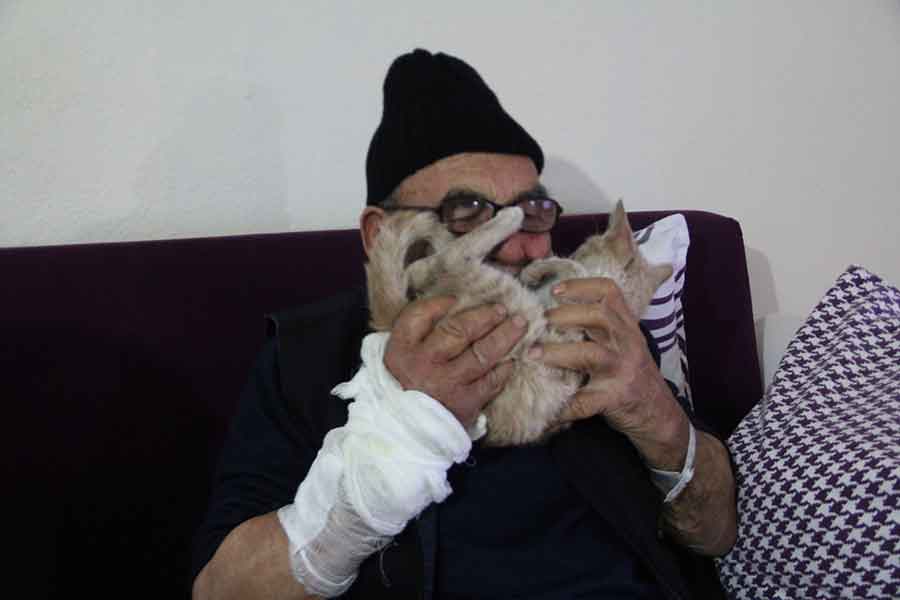 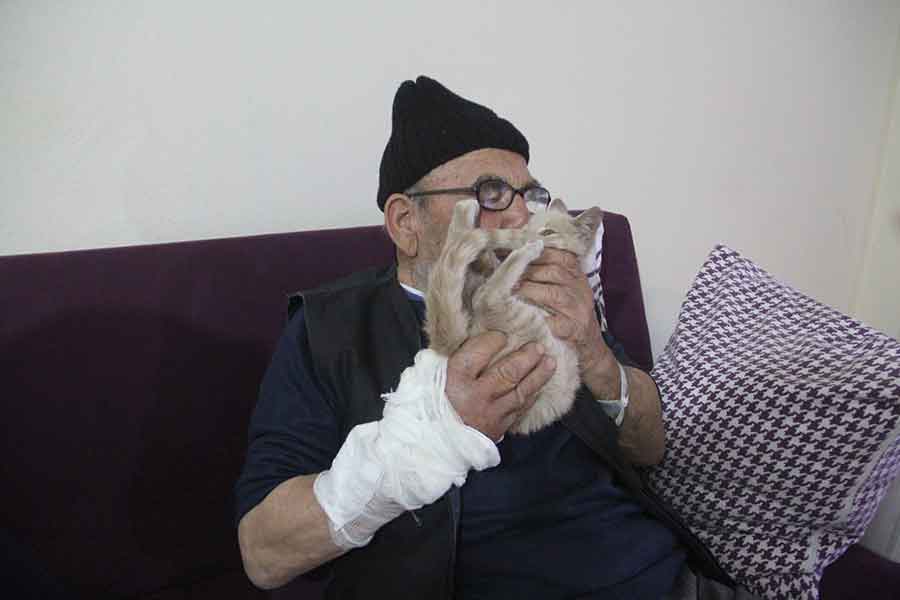