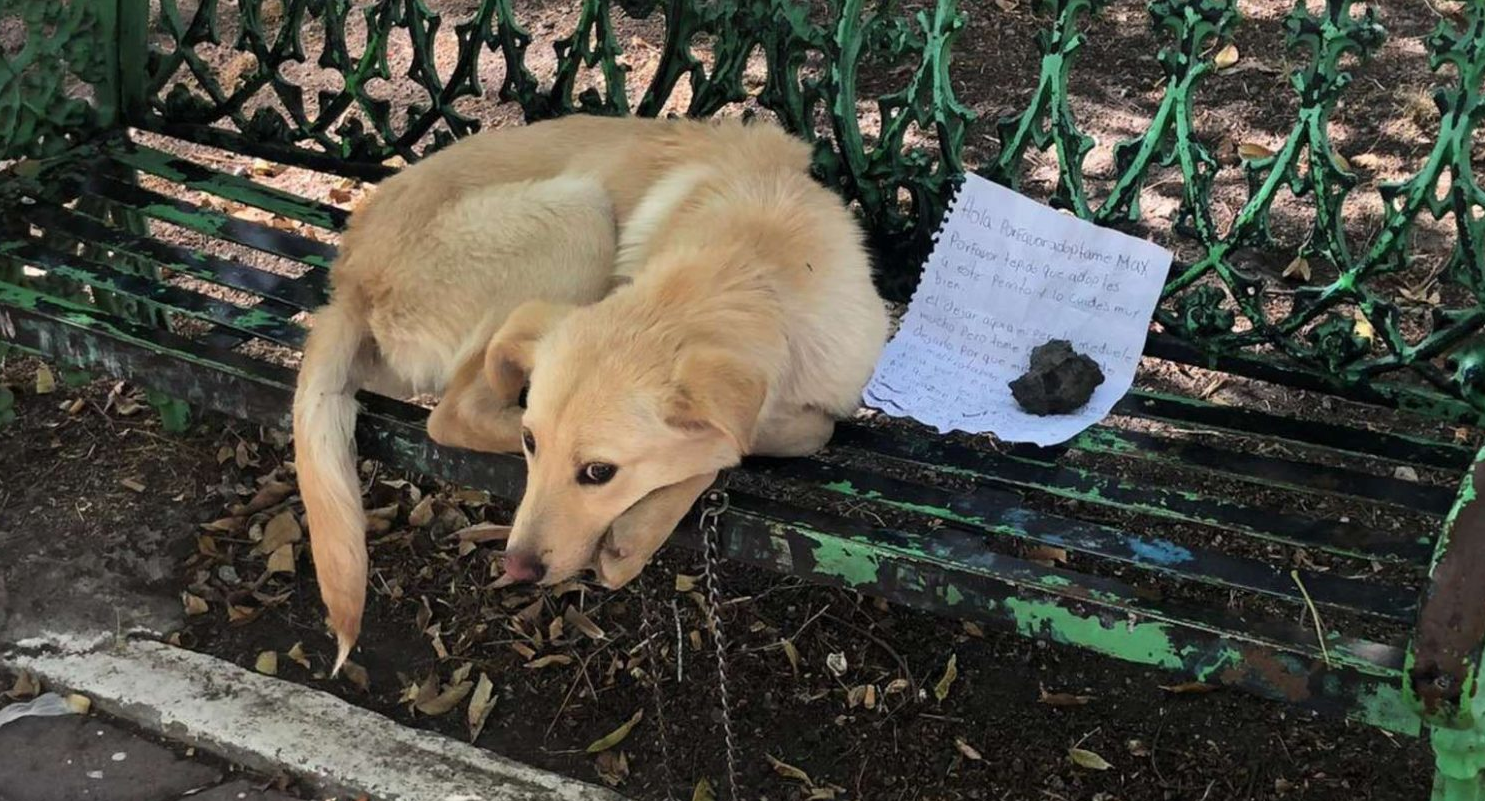 Every day, a lot of pets are left by people, who either can’t or don’t want to care for them anymore. Some are just left on the side of the road, abandoned to their fate without a doubt, while others are left by caring owners who sincerely hope that they will eventually get someone who can give them the love they deserve.

In the latter case, a puppy was left on a bench in Mexico with a heartbreaking note.

After receiving a message about the puppy left on the street, Marcela Goldberg and Azul Galindo harried to the dumped dog. It didn’t surprise Goldberg that so many dogs had been abandoned in her town since the pandemic began.

“There were already several neighbors gathered who had brought him water and food because they left him tied to the bench with nothing,” told Goldberg. “But they could not get close because the puppy was terrified, growling and snipping.”

Next to the dog was a note pinned under a rock that explained his circumstances:

“Hi, please adopt me: Max. Please, I ask that you adopt this cute dog and you take good care of him. It hurts a lot to leave my dog here but I made the decision of leaving him because my family used to mistreat him and it would always hurt me to see him in that condition. If you’re reading this and your heart wavers, please adopt him and take good care of him. If not, please leave this note in its place. That way others can read it and adopt him. Thank you.” 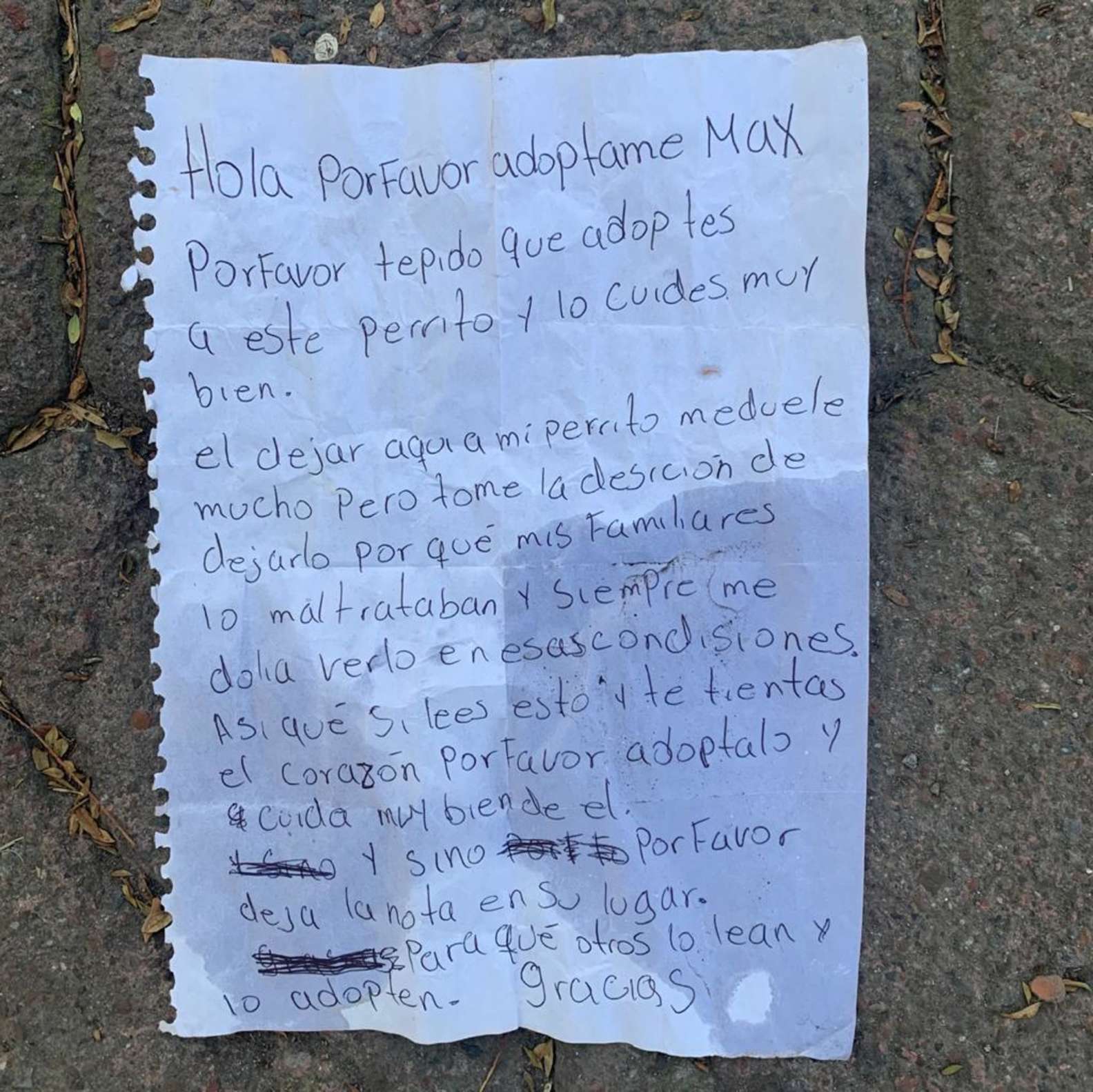 The dog was scared when Goldberg approached him. He didn’t relax even when she gave him some food.

“I wore protective gloves to be able to approach with more confidence, but it was still difficult,” said Goldberg. “We contacted a trainer with experience in aggressive dogs who watched the situation by video call and gave me instructions until we managed to pass the loop over his head and cut the other chain.”

When Goldberg took the chains off, the dog stopped growling at his rescuers. 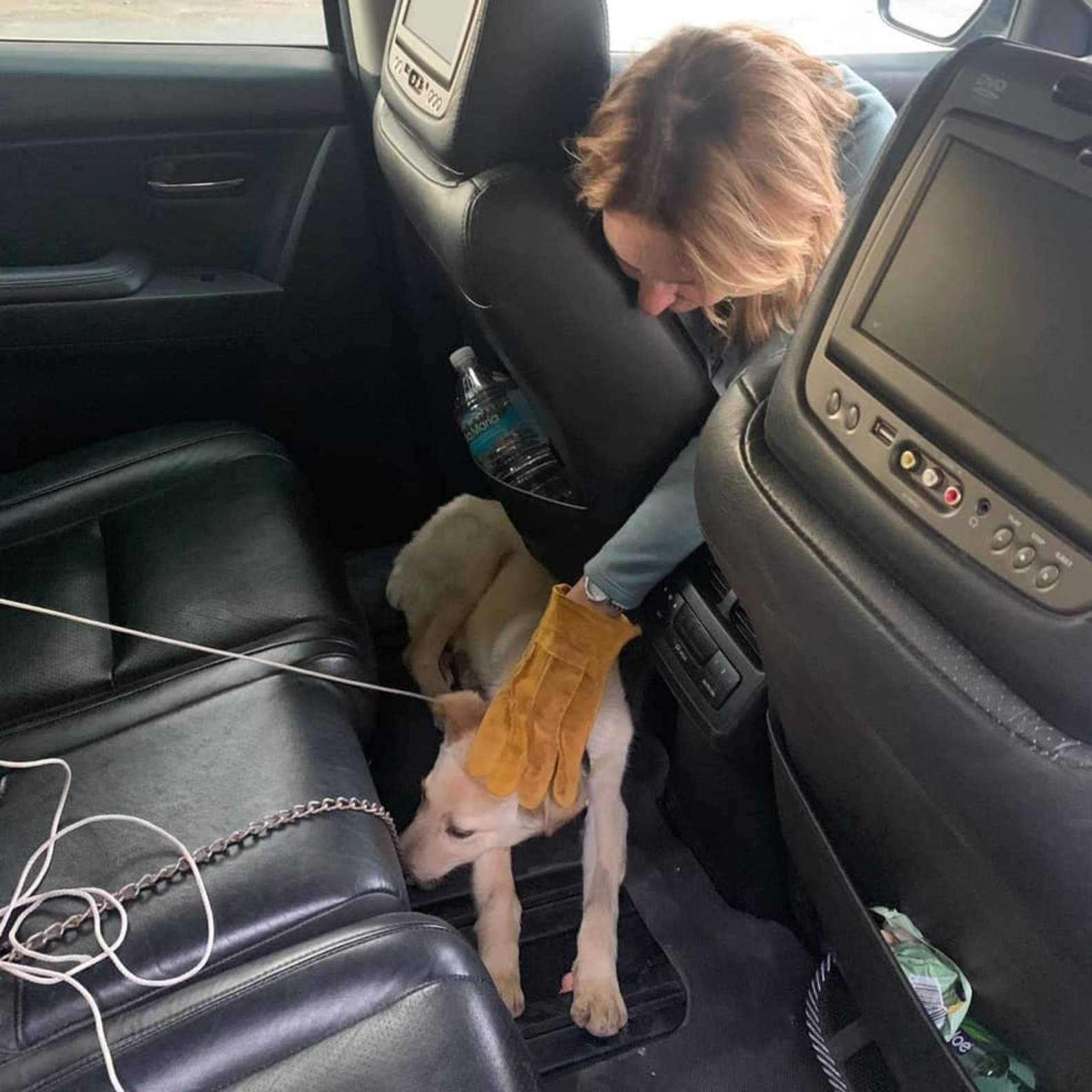 The 7-month-old dog was renamed Boston. Now, he is a totally different dog. Boston is learning to trust people again.

“He is sweet, very affectionate, he loves to give kisses and play with the ball that the vet gave him,” said Goldberg. 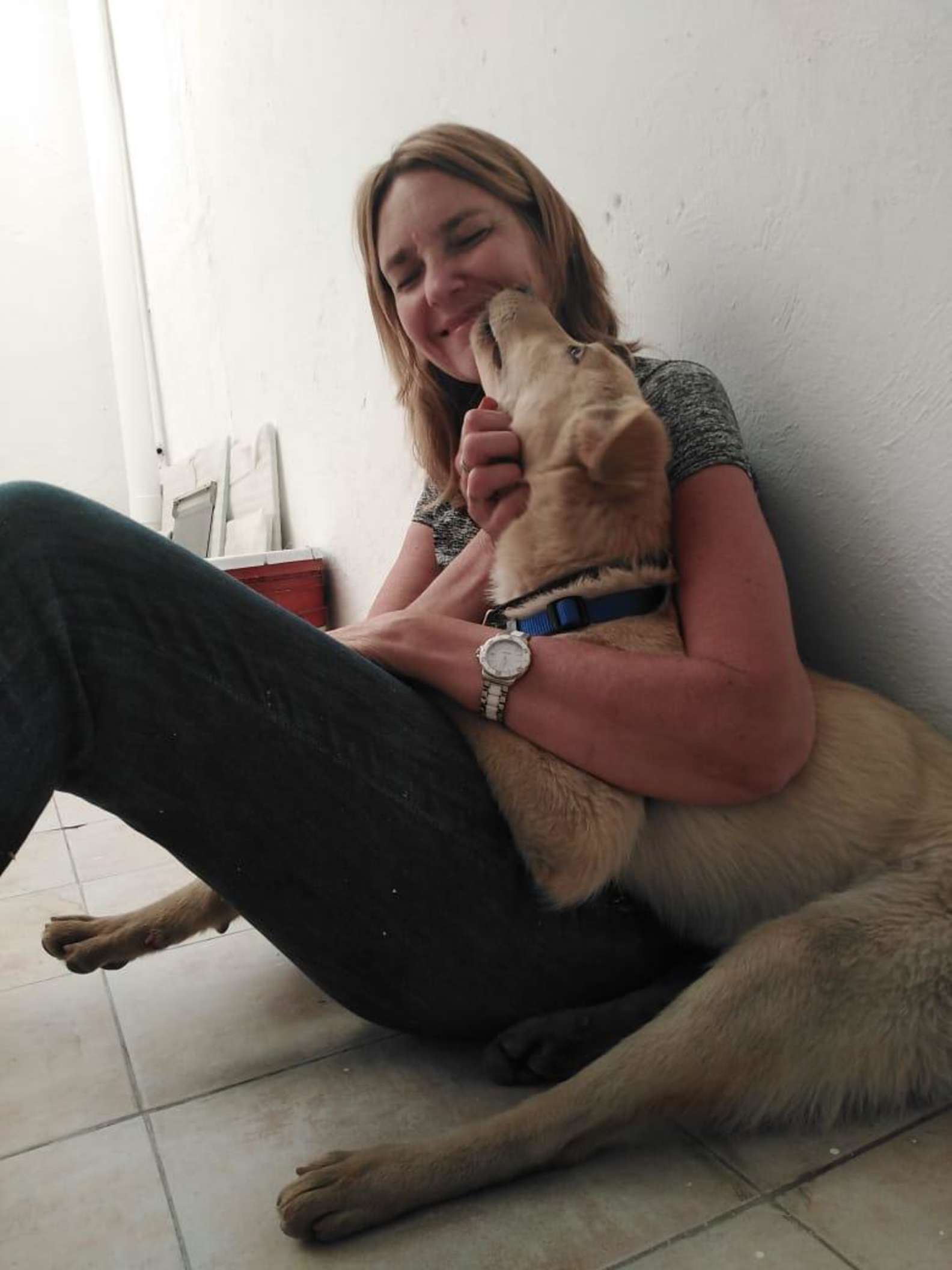