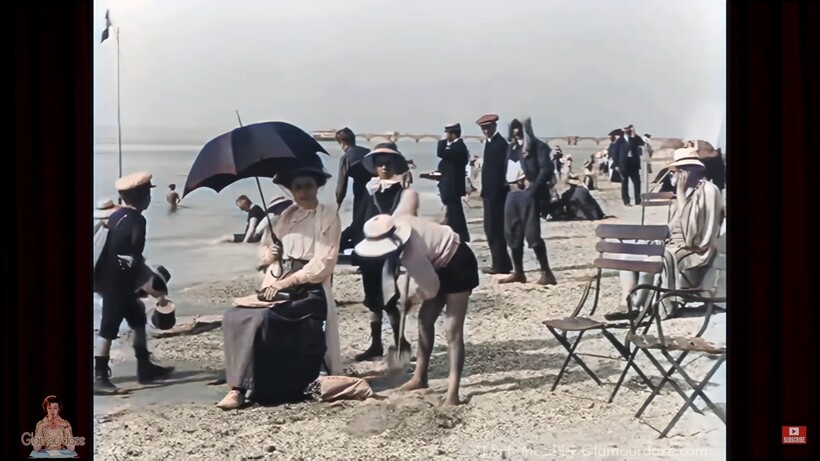 These shots are unique in their own way, they belong to the authorship of a French circus actor, and later, a film director and the founder of European cinema.

Georges Melies shot documentary footage from a family vacation on the coast of France 120 years ago. He called his video – « One day on the beach ». Thanks to the restored newsreel, today’s viewers can wonder at the chaste swimming attire and beach entertainment of that time. 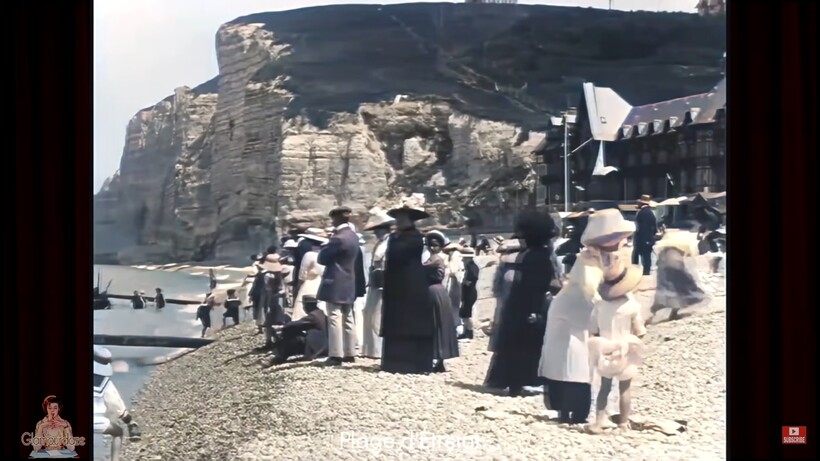 The chronicle captured a small resort in Normandy, Mer-les-Bains. Its popularity has attracted vacationers since the end of the 19th century. Much later, it was eclipsed by the beauty of the Cote d’Azur. With the help of high-tech equipment, it was possible to restore the quality and color saturation of video shooting. 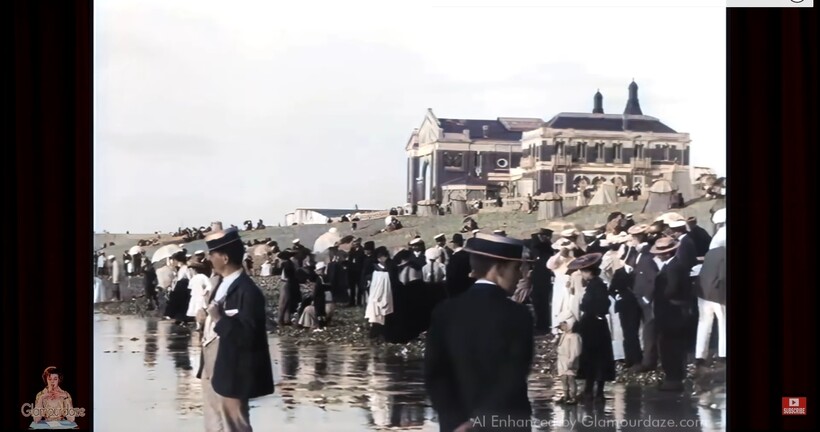 Interestingly, the rows of changing booths are not much different from the current ones located on the beaches of Mer-Les-Bains. At that time, they were more functional. So, the cabin could be moved to the water so that chaste bathers could sit in the water without showing themselves to onlookers. In general, the beach holiday then differed little from the city, except that nannies and men barefoot accompanied the children through the shallow water.

Mostly, smartly dressed people just strolled by the water. From entertainment, you can consider a long springboard for jumping into the water, near the boat station. Well, as of today, the children had fun building sandcastles.

These rare shots were included in the documentary chronicle « Paris 1900 », they are rightfully considered the property of history and cinema.