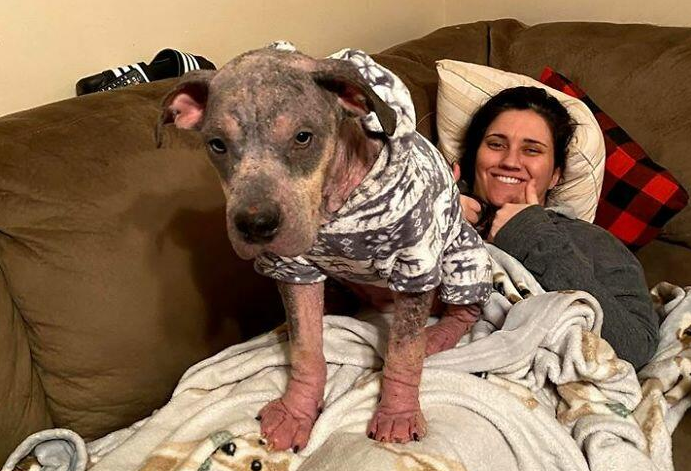 Lauren Buckley rescued a dog that was supposed to be put down. It was this step in her life that made a woman realize how many dogs there are in the world who could be loyal friends and companions if only they were given the chance.4 years have passed since that moment, and now Lauren had the opportunity to change the fate of one sick dog again, who looked as if this dog could no longer be helped. But a woman is not the kind of person who gives up easily, she decided to try to do everything possible so that the animal could live normally and enjoy life. She put a lot of effort into it, and the dog named Laney is now unrecognizable.

This story is very inspiring for good deeds, and we wanted to share it with you 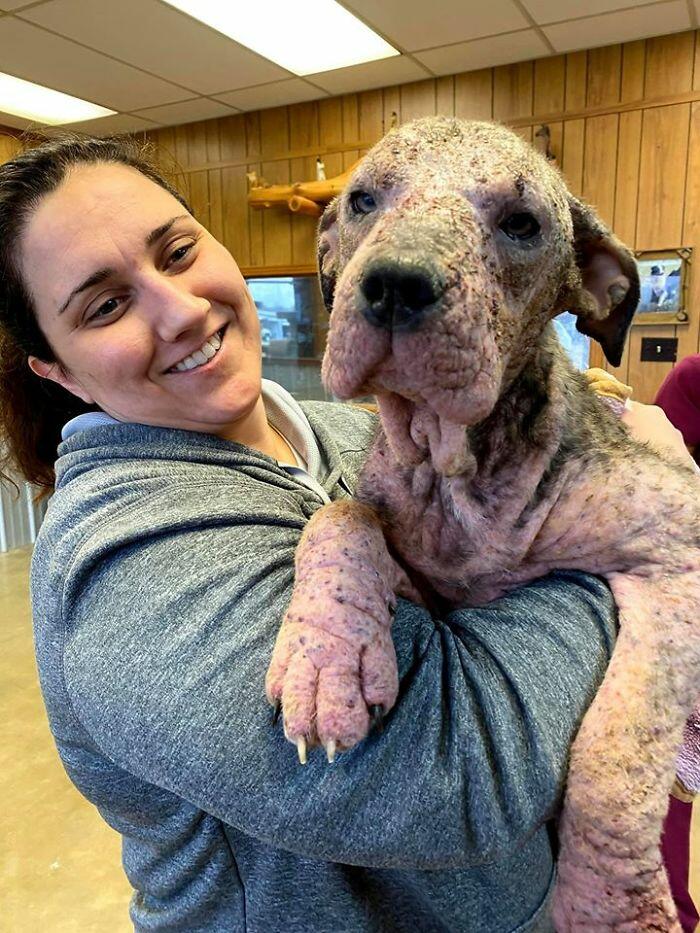 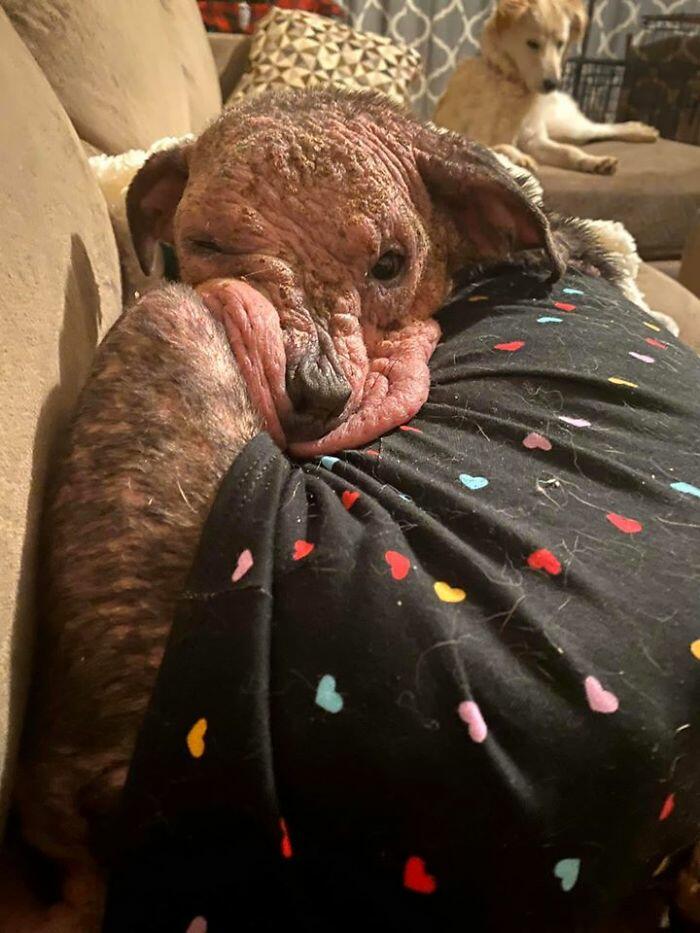 « We saw Laney’s photos on Facebook on Christmas Eve. A kind person found it, but couldn’t keep the dog, so we knew we had to do something, » said Lauren Buckley, who rescued the dog. 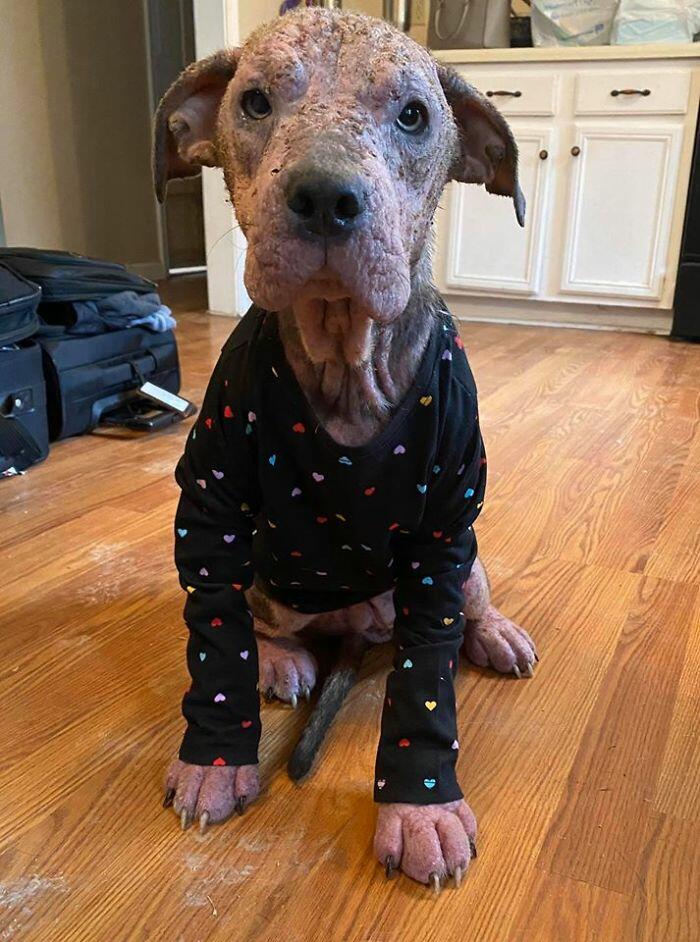 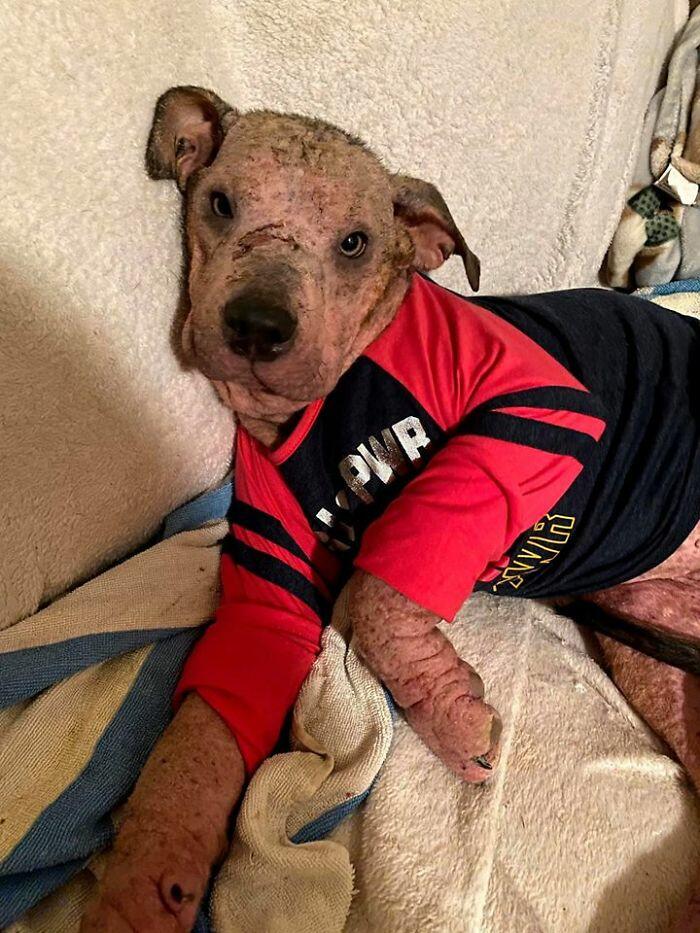 The dog was in a terrible condition, described the person who found it « the dog stank and something oozed from its skin onto the sofa. » 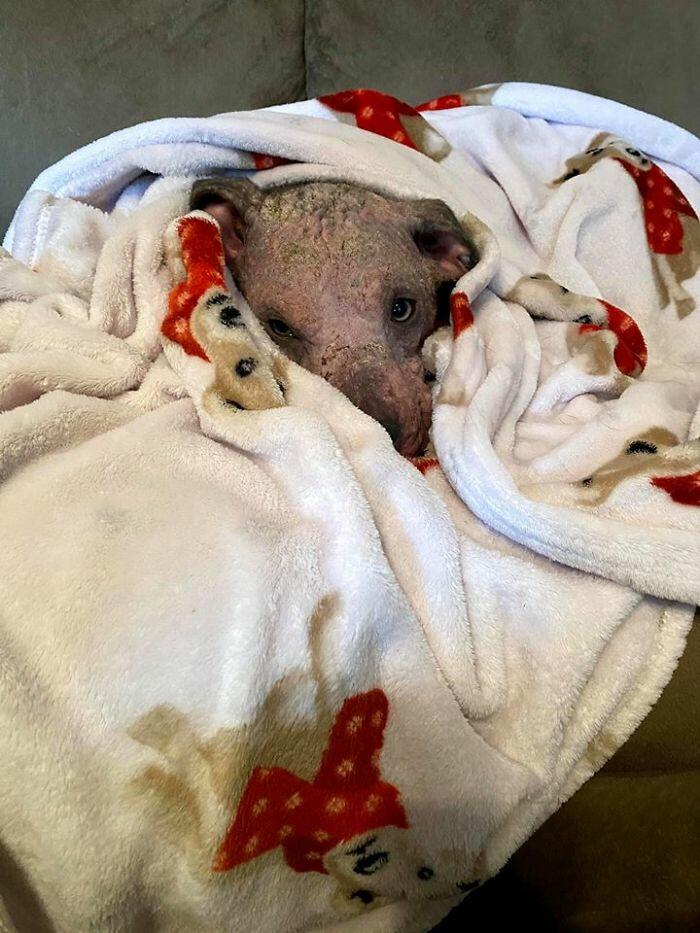 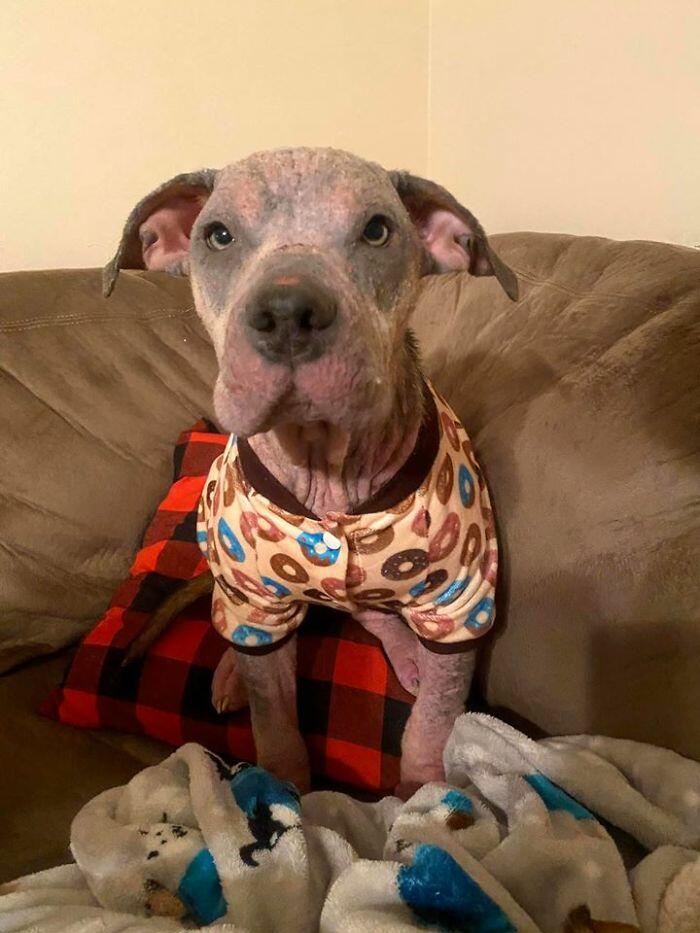 First of all, Lauren took the unfortunate dog to the vet, where it was diagnosed with demodicosis and secondary infections. 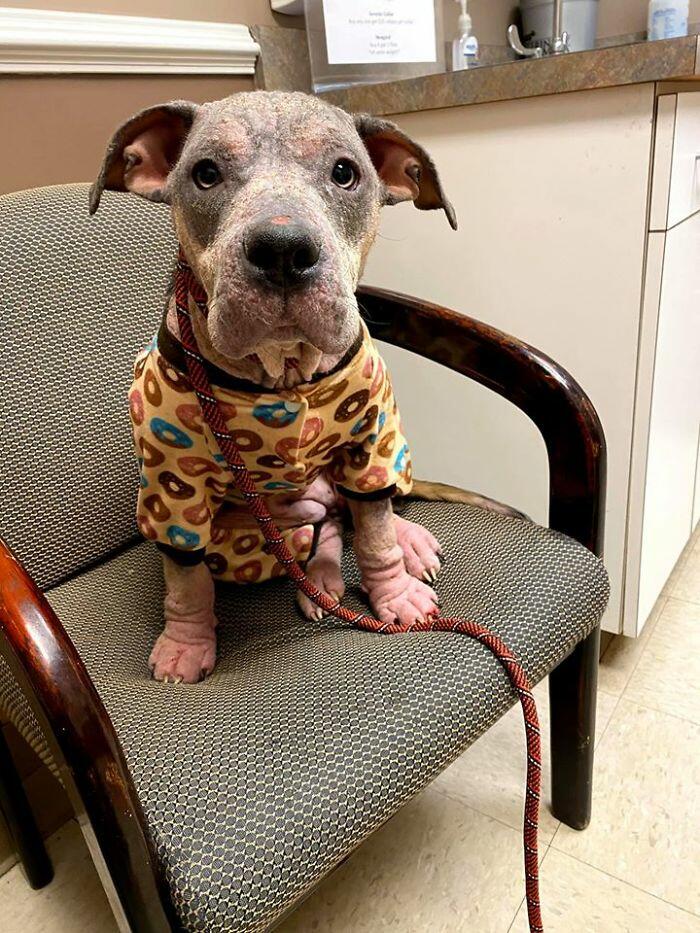 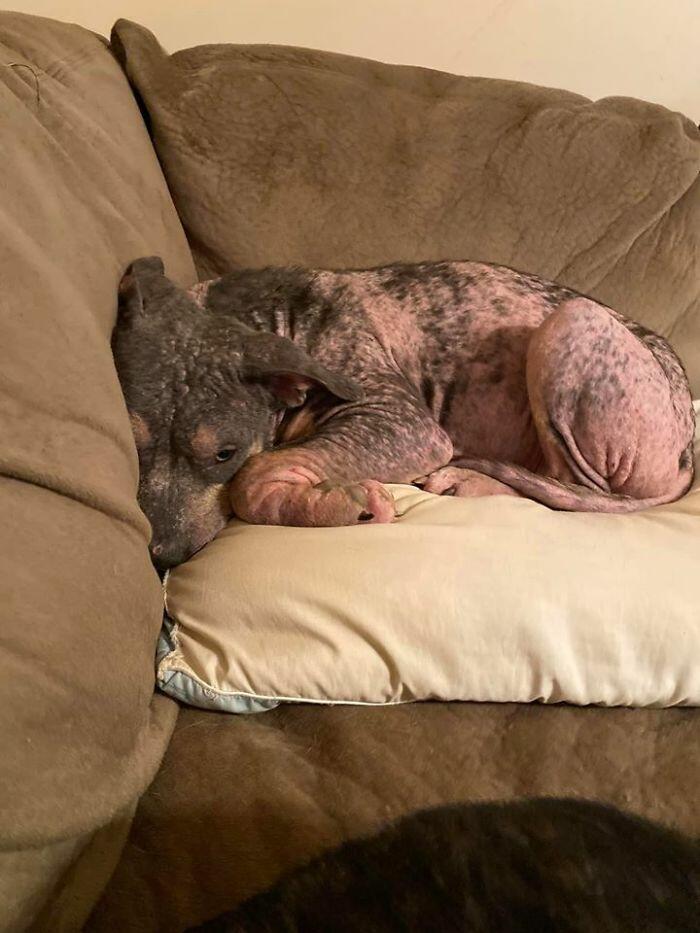 Demodicosis of dogs is a lesion of the skin and internal organs, the causative agent of this disease is a cigar-shaped tick with a length of 0.2-0.26 mm. This parasite is usually localized in the hair follicles and sebaceous glands of the skin and is often transmitted either from other dogs or from the puppy to the mother after birth. This disease is very serious and if you do not provide timely treatment, the animal may die. 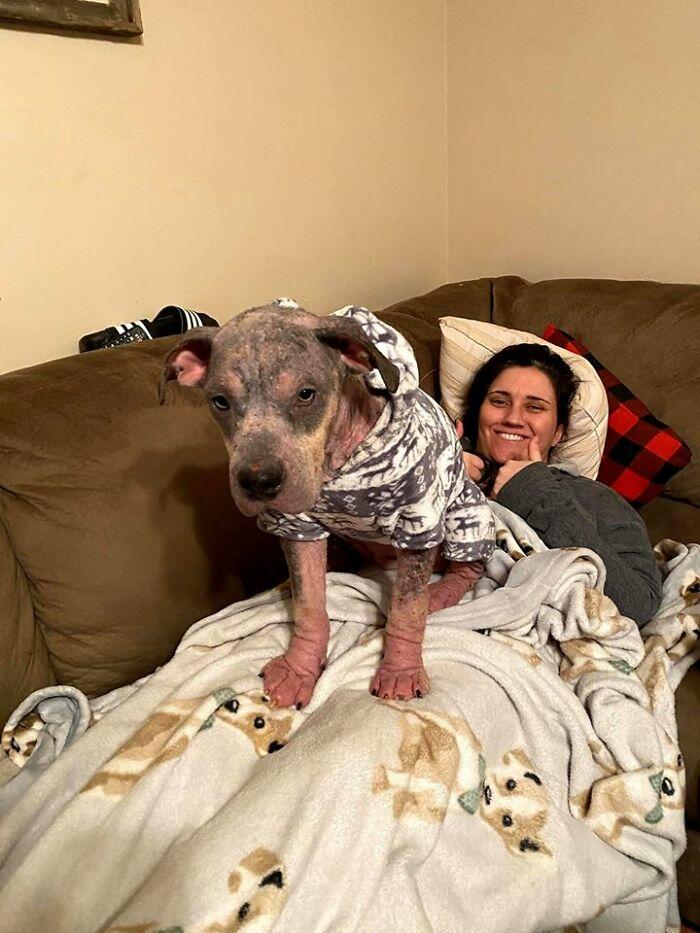 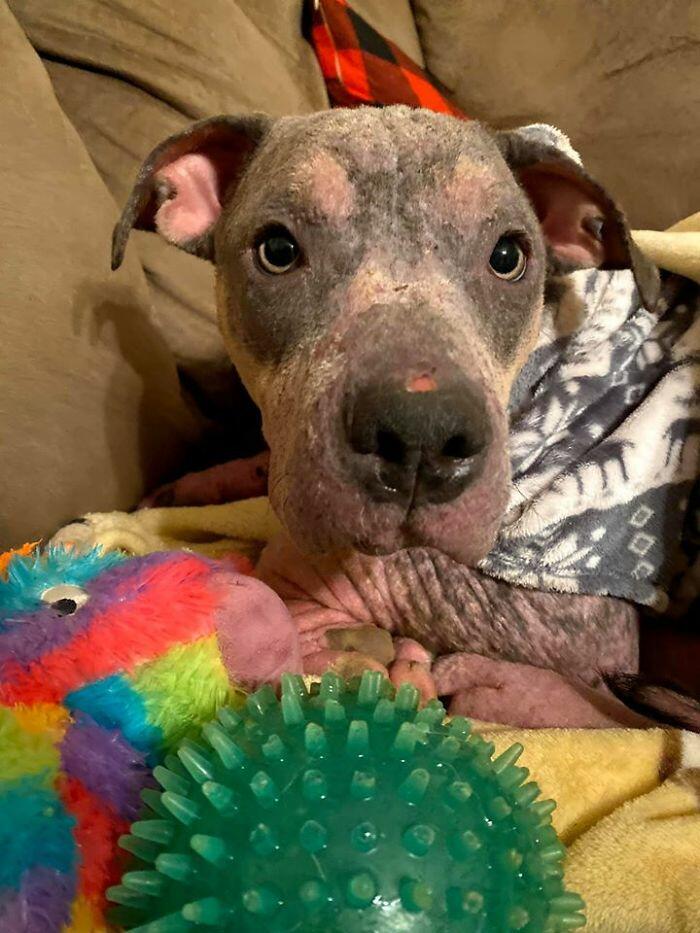 So, if Laney had not been treated in time, it would have had a sad end. 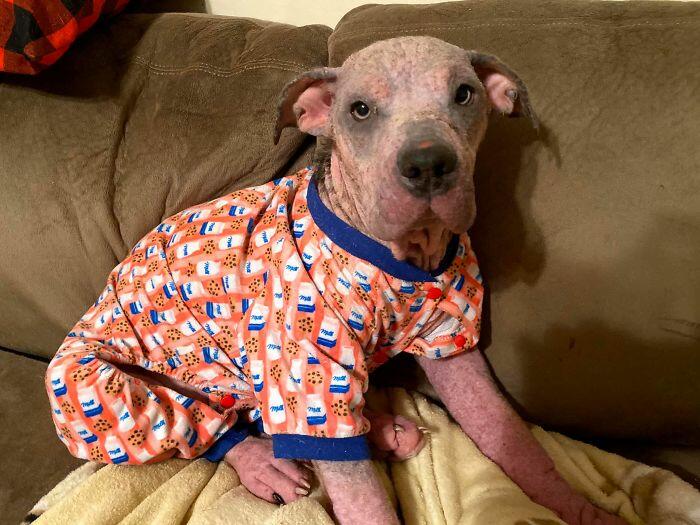 Lauren did everything possible to make the dog recover as soon as possible.

« We gave Laney antibiotics every day for four months. In addition, we added coconut oil to its food, applied it to the skin, and took therapeutic baths twice a week. We also did everything possible to keep its stress level low, since demodicosis is aggravated by stress, «  the woman said. 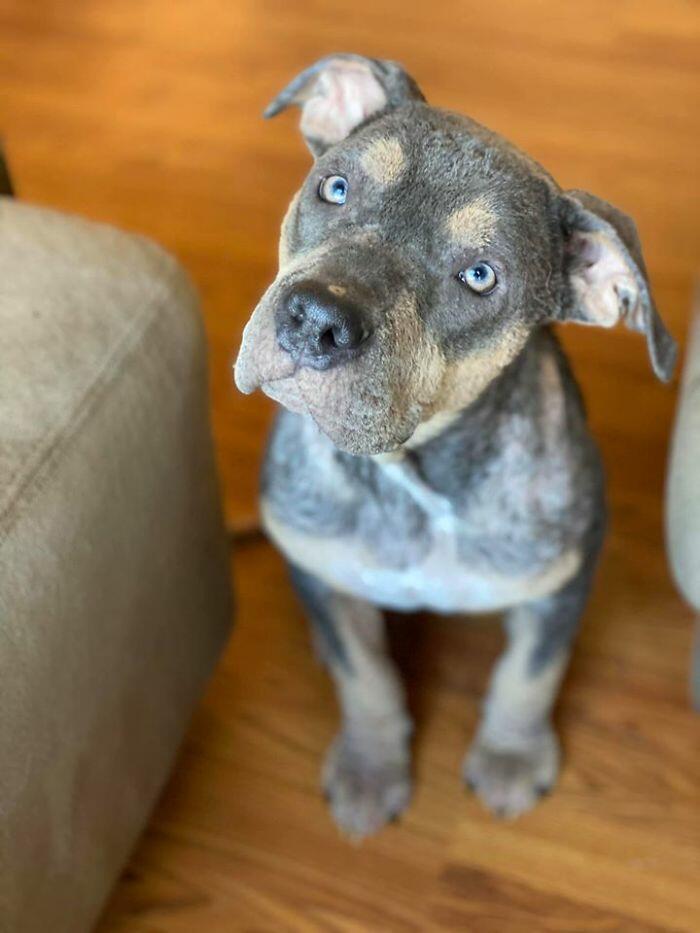 Fortunately, due to the fact that they started treating her on time, the dog went on the mend. 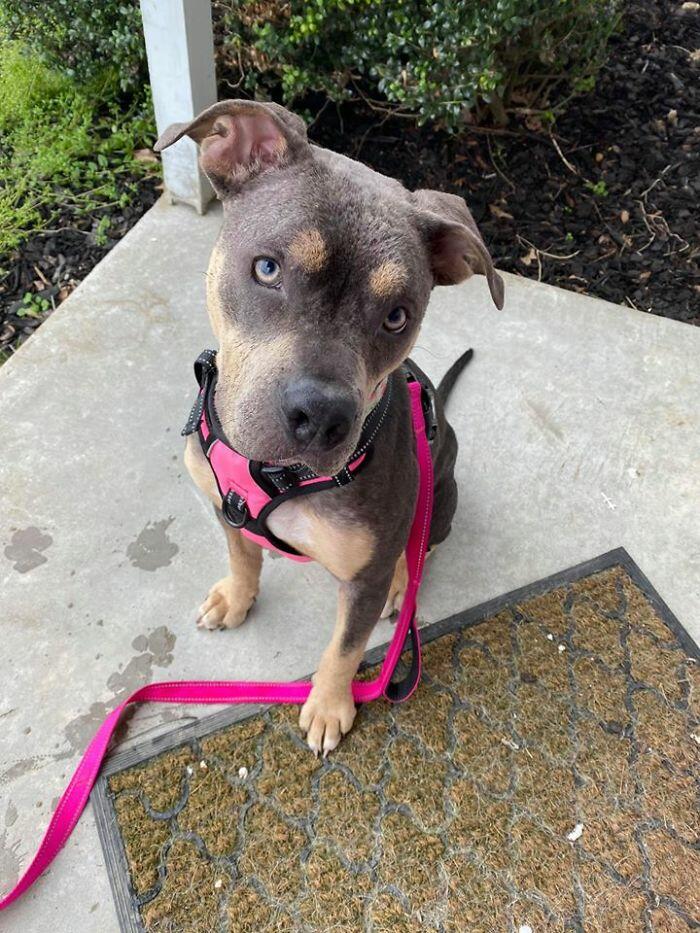 Look at how beautiful it is! 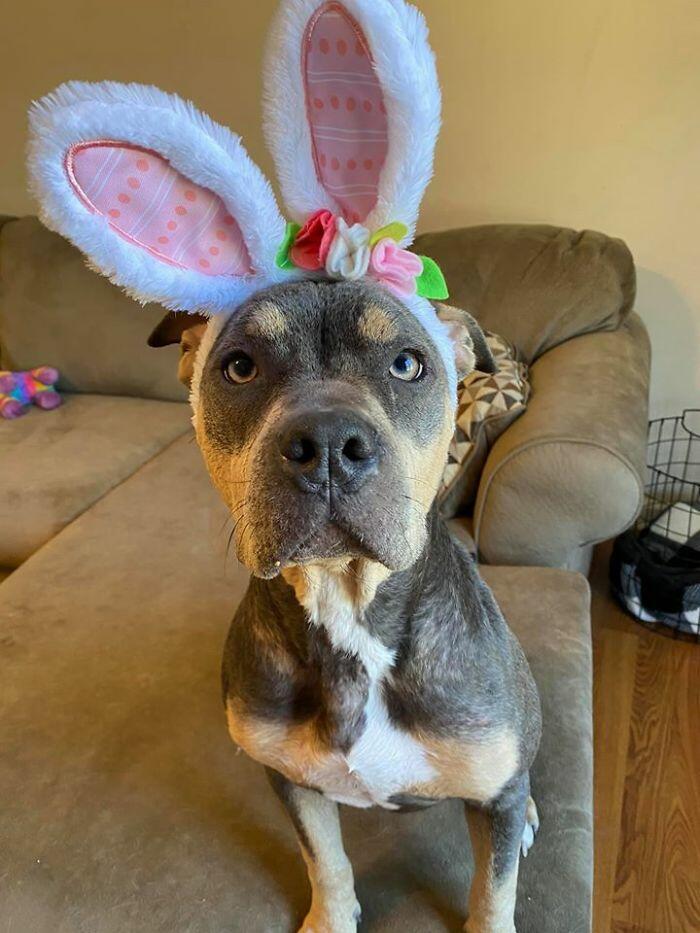