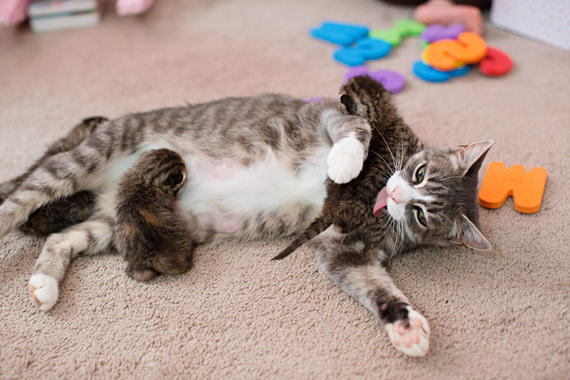 The concept of foster parents mainly refers to people, but animals can also become them. Under certain circumstances, like the cat named Mikey. Her pregnancy was difficult, the kittens began to be born prematurely and soon died one after another.

Mikey couldn’t find a place for herself, constantly looking for and calling kittens that died. Unable to look at the cat’s suffering, the owner turned to the animal protection organization of Houston, where they checked the databases and found a woman who recently took orphaned kittens for nursing. They were waiting for the standard procedure of feeding through a bottle, etc., but if there is a cat-mother, why not entrust this mission to her?

The meeting was extremely successful. Mikey accepted the kittens without hesitation and began to lick them.

It doesn’t matter that they are strangers, maternal instincts were stronger 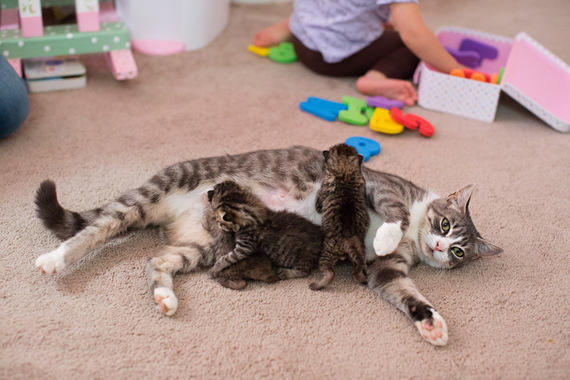 The next day, Mikey got milk again — the kids want to eat 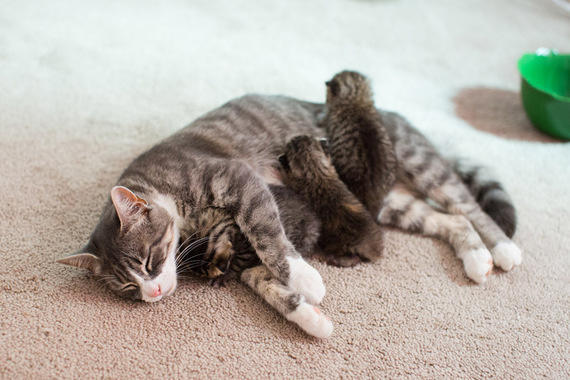 If you don’t know, you can’t tell that Mikey’s kittens are adopted. They are the same striped as a foster mother, and she takes care of them as if they were relatives.