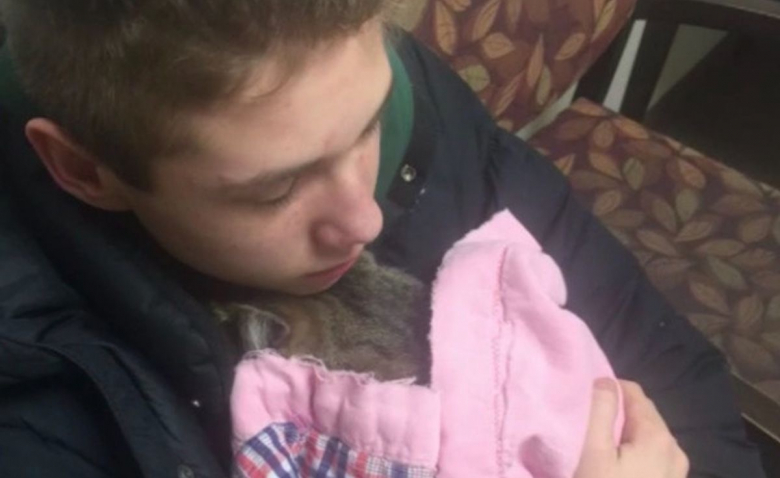 Sometimes some people are in the right place at the right time. So it was with Gavin and his mother Erin Brown. They witnessed a shocking scene on a highway in Michigan (the state of the Midwest of the USA).

14-year-old Gavin and his mother were driving to a birthday party when the incident occurred. They absolutely did not expect to see such a terrible scene. The cat was deliberately thrown out of a moving van.

The frightened animal managed to dodge other moving cars but found himself in an extremely difficult situation: he was on the edge of the bridge.

Gavin reacted immediately. He got out of the car and saved the animal. As for the driver who committed this terrible act, he disappeared . 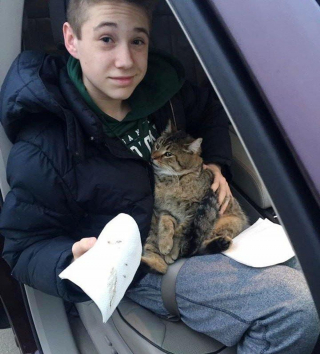 The cat was saved.
The boy and his mother did everything to find the guilty but unfortunately, the personality was never identified. 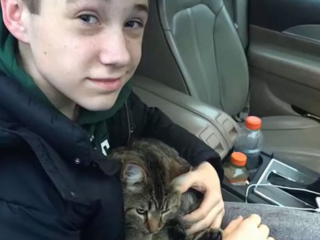 They took the cat to a veterinary clinic. The vet noticed that his claws were torn off as a result of the accident, but assured that he was generally healthy. 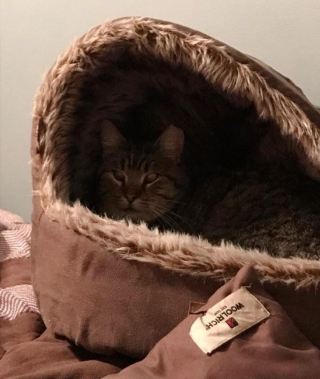 The story has a good ending: a cat named Lucky was taken by his rescuers. Now he lives with his new loving family, who will never let him down.