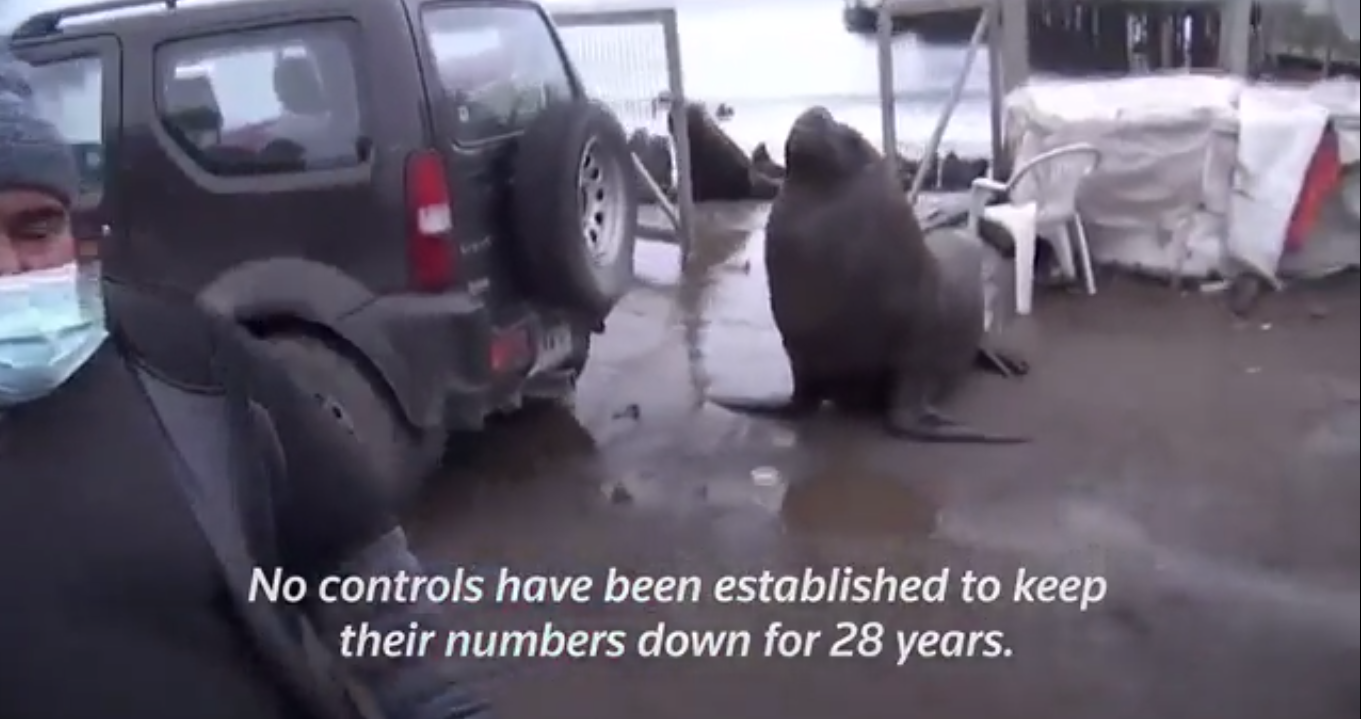 In Chile, a curious incident occurred during the interview. A local fisherman from the Bio-Bio region told a journalist about the difficult situation that has developed on the beach due to the huge number of sea lions. At this moment, one of the animals broke through the fence and tried to interfere with the plot.

The beach is really literally filled with sea lions. There are already about 3000 of them here, the territory seems to be occupied by these aquatic inhabitants. The fisherman called this situation a real « plague ».

Leo probably didn’t like this comparison very much. He decided to interfere in the interview, somehow opened the gate. The fence was installed here just to protect against animals so that they do not penetrate the city territory.

Another fisherman tried to drive the beast away by waving his hand at it. But he was not afraid and did not change the direction. He continued to move directly towards the man who was giving the interview. Nothing criminal happened in the end: the sea lion did not attack anyone and did not cause harm.

Scientists believe that the Chilean beaches can be used by aquatic inhabitants as a shelter. Here, they are probably hiding from dangerous killer whales or from storms caused by strong hurricanes.