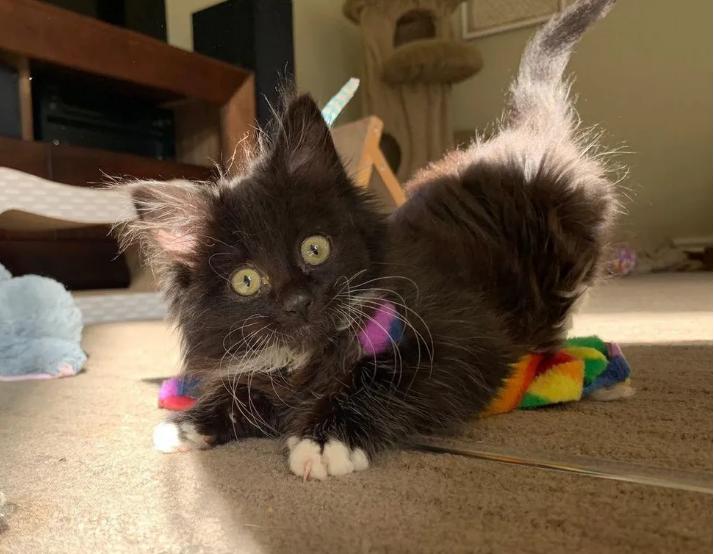 This kitten named Rastisha — when fell into the hands of an experienced veterinarian, was rapidly shrinking. But her huge eyes did a miracle!

There are no photos of the first days, then there was no time for filming. Rastisha is already in good health here. 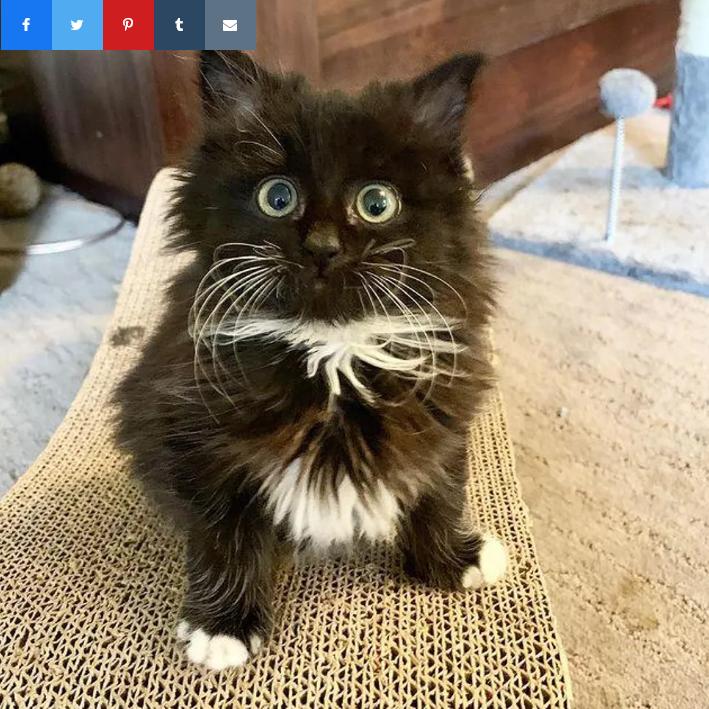 At the age of five weeks, the kitten weighed less than half a kilo, and what is even worse — Rastisha refused to eat from the stress she experienced. Life literally flowed out of the little body by the hour, she was dehydrated and it was easy to count all the bones. On the most terrible night, the veterinarian shook her several times, because it seemed to her that the tiny body was no longer breathing. 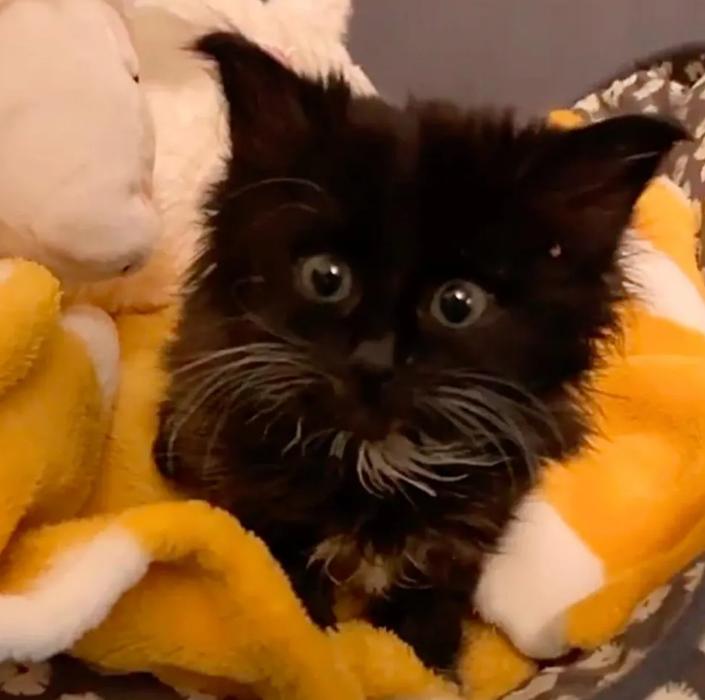 What is there to hide — not everyone can be saved. Actually, everything was decided for Rastisha from the beginning, but the magic of her huge black eyes drove people crazy and they said to themselves « Well, let’s try again ».

Eyes that can command the world 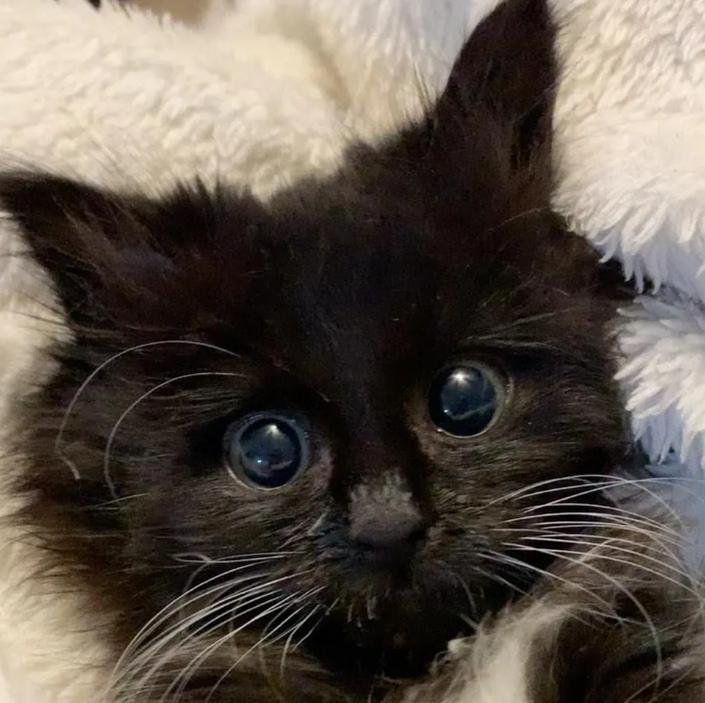 The efforts of people were crowned with success — Rastisha began to eat. The kitten tried to compensate for the missing and literally gained weight. Hence the nickname Rastisha, from the word « growth ». Rastisha quickly accustomed and here the surprises began. It turned out to be a black demon in the flesh!

Now someone will get on the impudent gray muzzle 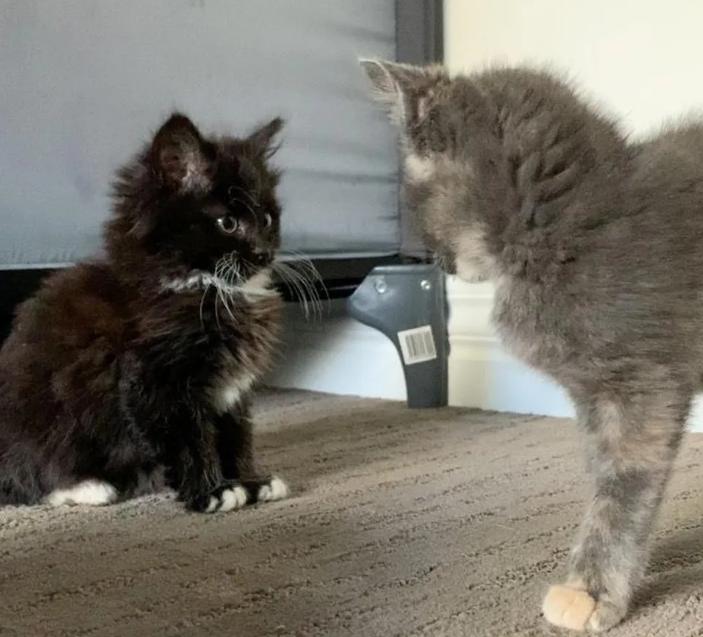 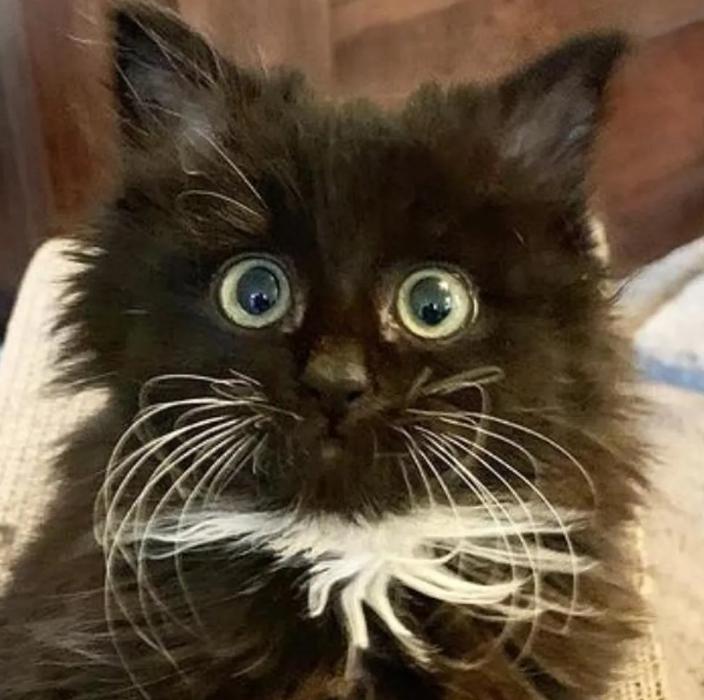 The fattened and matured Rastisha became the complete opposite of what she was before. A nuclear reactor in a beautiful fur coat with eyes like black holes! A source of energy, mischief, impudence, and playfulness, which does not miss the chance to hurt someone, attack, climb where it is impossible.