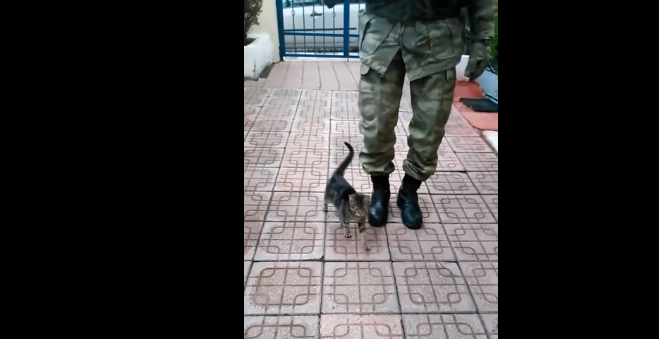 In Turkish Manisa, a strange incident occurred at a military base, the protagonist of which was an ordinary kitten.

Rather, the animal is not quite ordinary, as it demonstrated an amazing skill mastered in the barracks.

At first, the soldiers thought that by alternately moving the paws, the cat simply wanted to draw attention to itself or demand another meal. But then someone noticed that this behavior of the animal was observed either in the characteristic sounds of the horn or in the moments of the soldier’s training.

The soldiers decided to test the hypothesis: one of them began to march. The cat got up next to him and also began to raise his legs high, and well getting into the tact. However, the cat’s patience was not enough for a long time. He quickly left the small formation and hurried away on his own business.