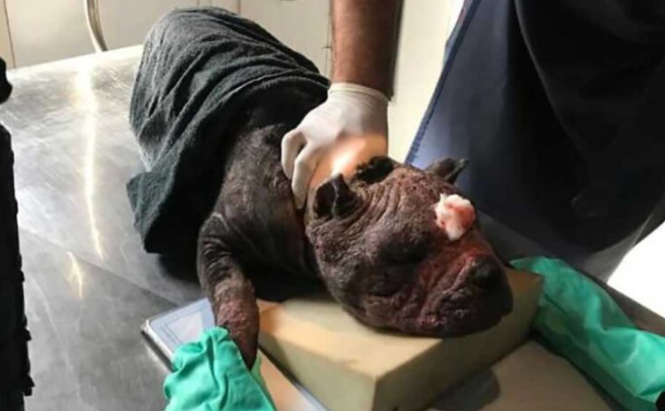 The dog was alone in the woods in a terrible state until this kind man saved it and gave the dog another chance.

The dog was alone in a dilapidated forest near São Paulo, Brazil. When Alessandro Descoe was called up to help the animal more than 5 months ago, he could not imagine the living conditions he would find a sad pit bull in.

Alessandro has two children and six dogs, and he runs a community organization called « Ales Pits Team ». Their main goal is to save street animals, especially pit bulls. This has allowed many animals to find new homes, Reports « Bored Panda ».

When the man found this dog, which he called Athena, it turned out that the dog was left to die in the woods. It had a large wound on its forehead and its eyes were inflamed. 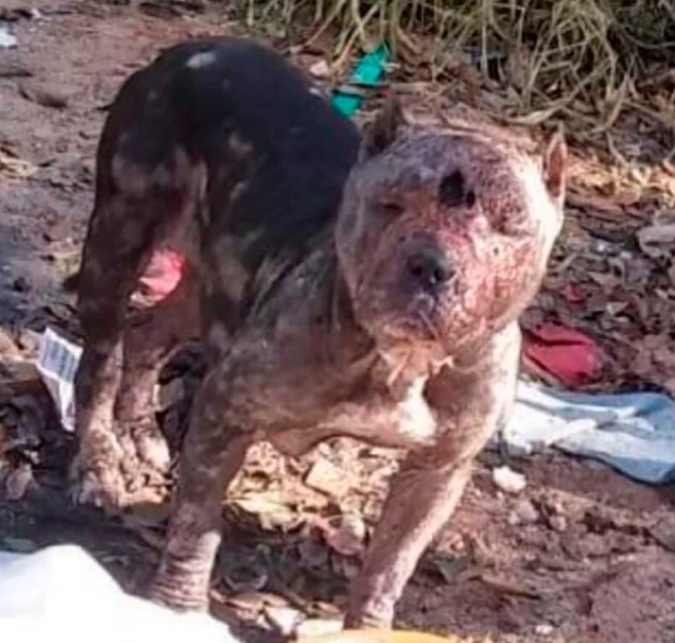 As soon as the man found the dog, he immediately took it to the veterinary clinic. 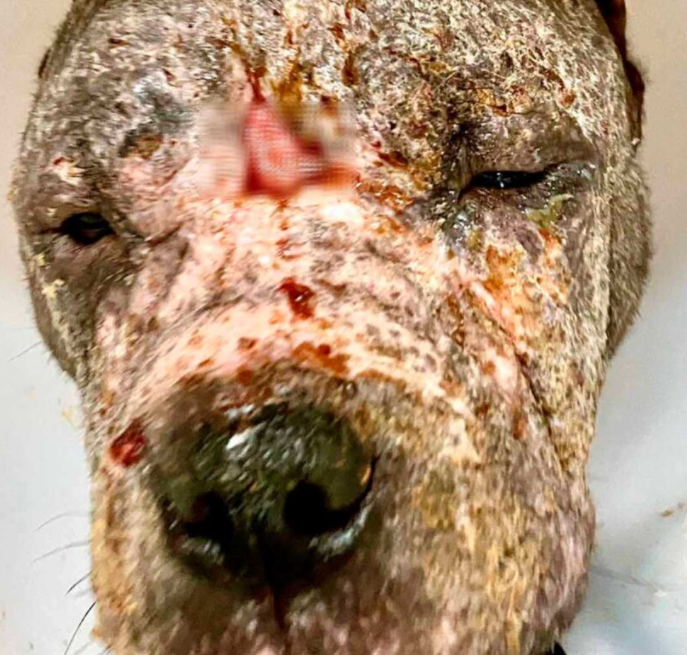 Veterinarians were worried about the dog’s condition. The maggots came out of the wound on the forehead, and the eyes were completely closed. Most of all, they were worried that his organs were damaged. The situation was really critical. 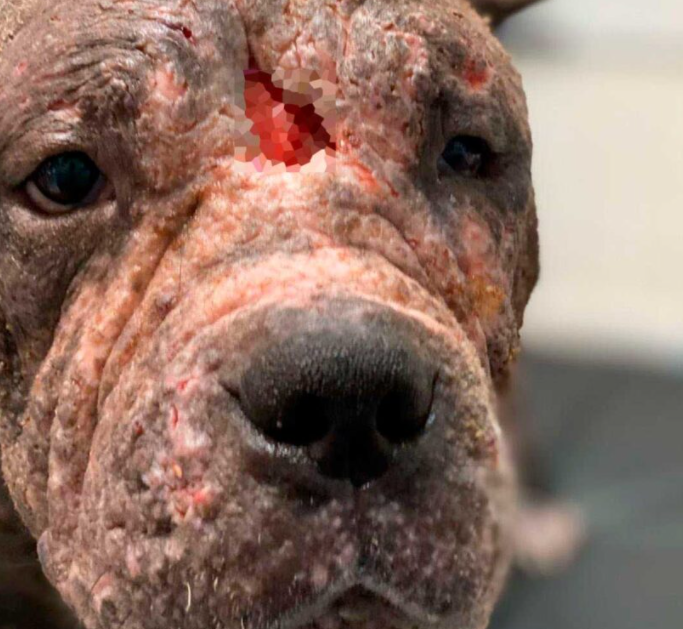 Athena was hospitalized. it had an X-ray and an ultrasound.

The veterinarians tried to remove the maggots from the forehead, and thanks to patience and medical help, the dog soon began to react and got back on its feet. 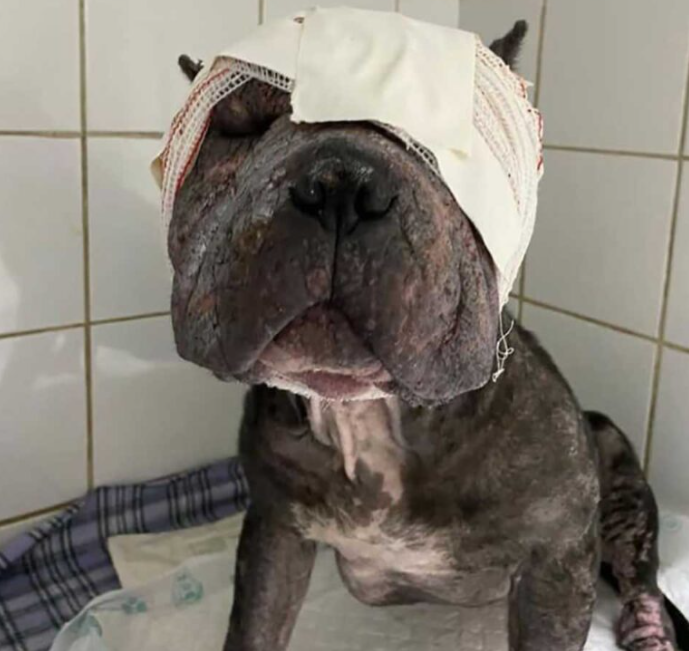 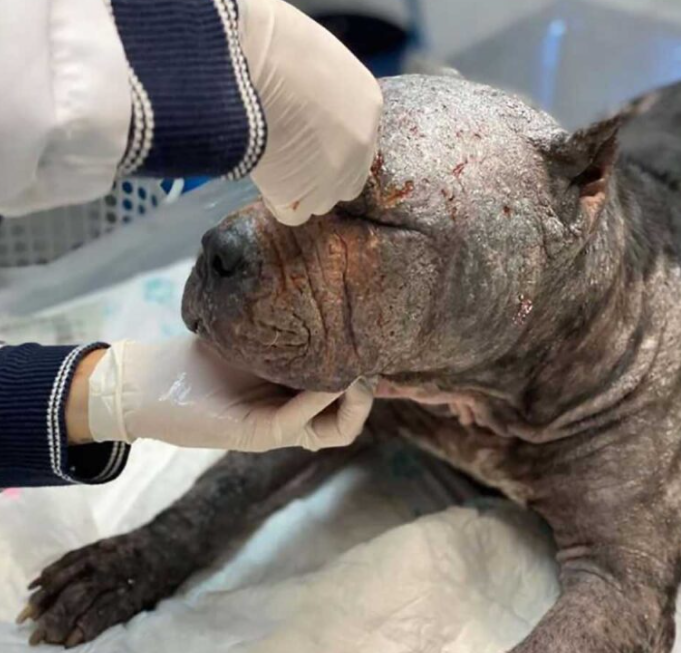 Today Athena is different, its look is gentle and full of love, and the eyes have a special brightness. And this sad past, which the dog had to go through – just a memory. 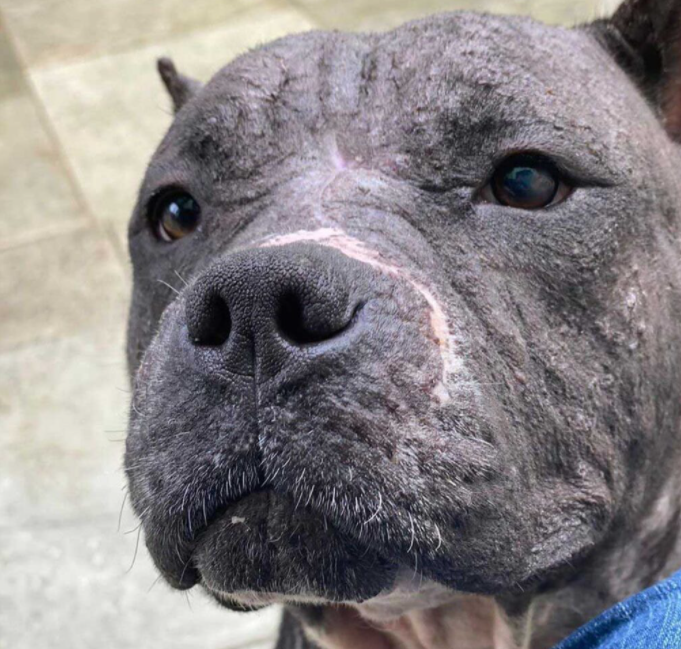 Now Alessandro hopes to find a new home for the dog and a family that can give Athena the love it deserves. 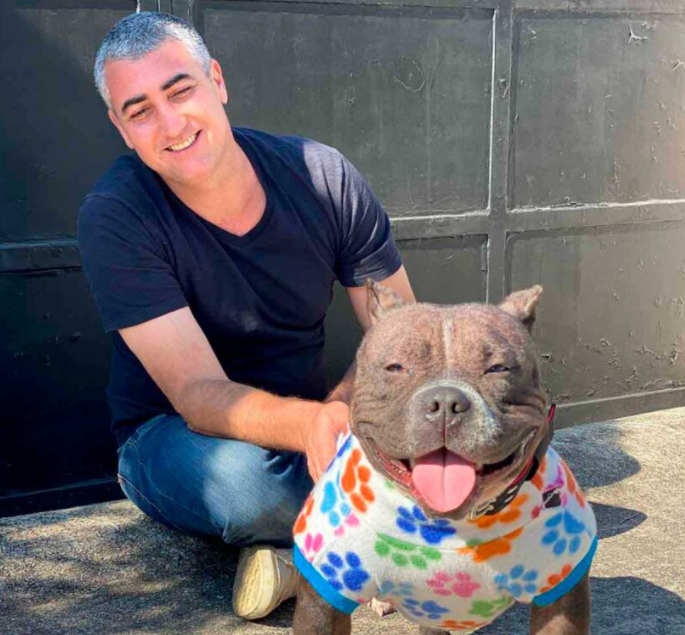