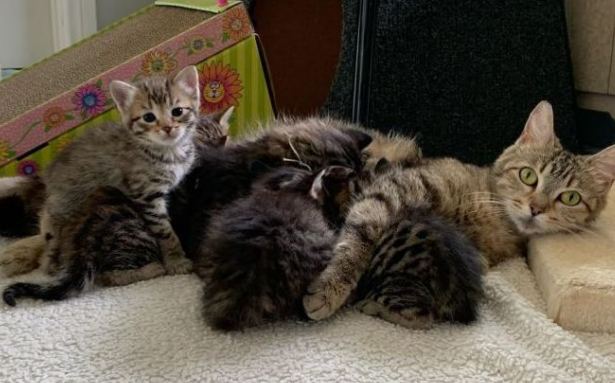 The cat named Rigby is many years old, but no one knows the exact age. It has been living in Holly’s house for seven years, and the girl took the handsome boy from the orphanage. She says she was touched by its bright green eyes and bushy mustache.

At that time, Holly had a cat named Cannon, and the owner wanted her cat to have company. 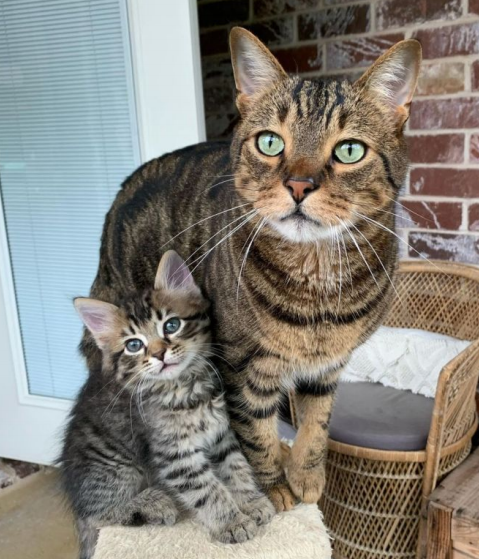 A few cats in the house – it’s fine, Holly liked it. She began to help the staff of the shelter when she had the opportunity.  Then she will take the kittens home for a while to take care of them, then she will bring food. So Rigby’s vocation became clear: he is an excellent teacher and educator. As soon as the kittens began to squeak at home, Rigby immediately appeared next to them and licked them more carefully than their own mother. All Holly had to do was feed them, and the cat did the rest: nurture them, warm them, even give them slaps when needed. 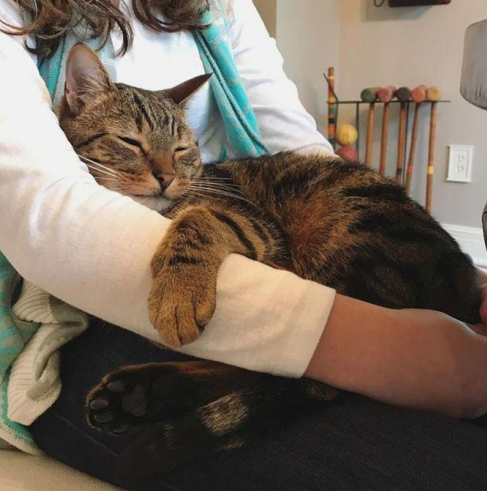 Holly doesn’t hesitate to take the kittens home. She knows that Rigby will keep an eye on everyone, it will lie down next to the kittens and scoop up the orphans in a caring embrace. She even has a feeding technique already worked out. She’s not sitting with a bottle of milk, why? After all, you can put a bottle on Rigby’s belly! 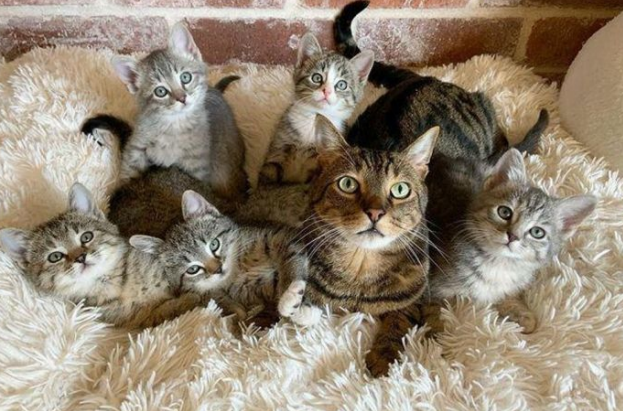 If the kids are brought with their mother, the cat does not interfere with someone else’s family. Just spies on the moms, how to take care of the kids, and waits for the kids to grow up. And then it gives itself free rein: Rigby plays with them shows them where to go to the tray and begins to help the tailed mothers. 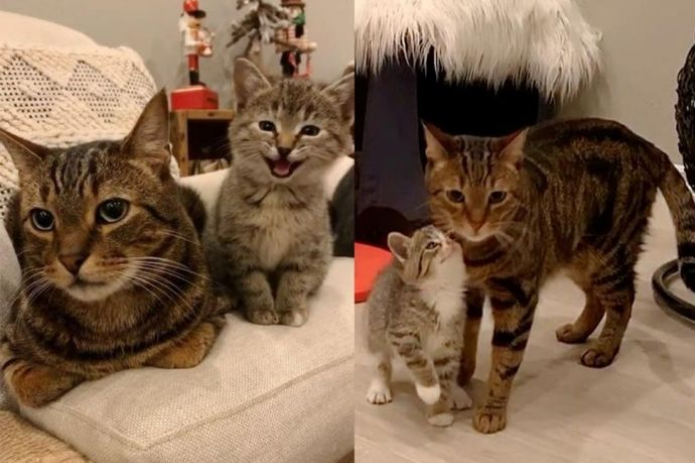 At the moment, Holly has a real kindergarten: a cat with six kittens and five other orphans. Here the cats are united, Millie does not understand where the whose child is, but she could not cope alone. Fortunately, Rigby is always there: he lets Mummy run away to rest. That’s the meaning of a cat’s life.