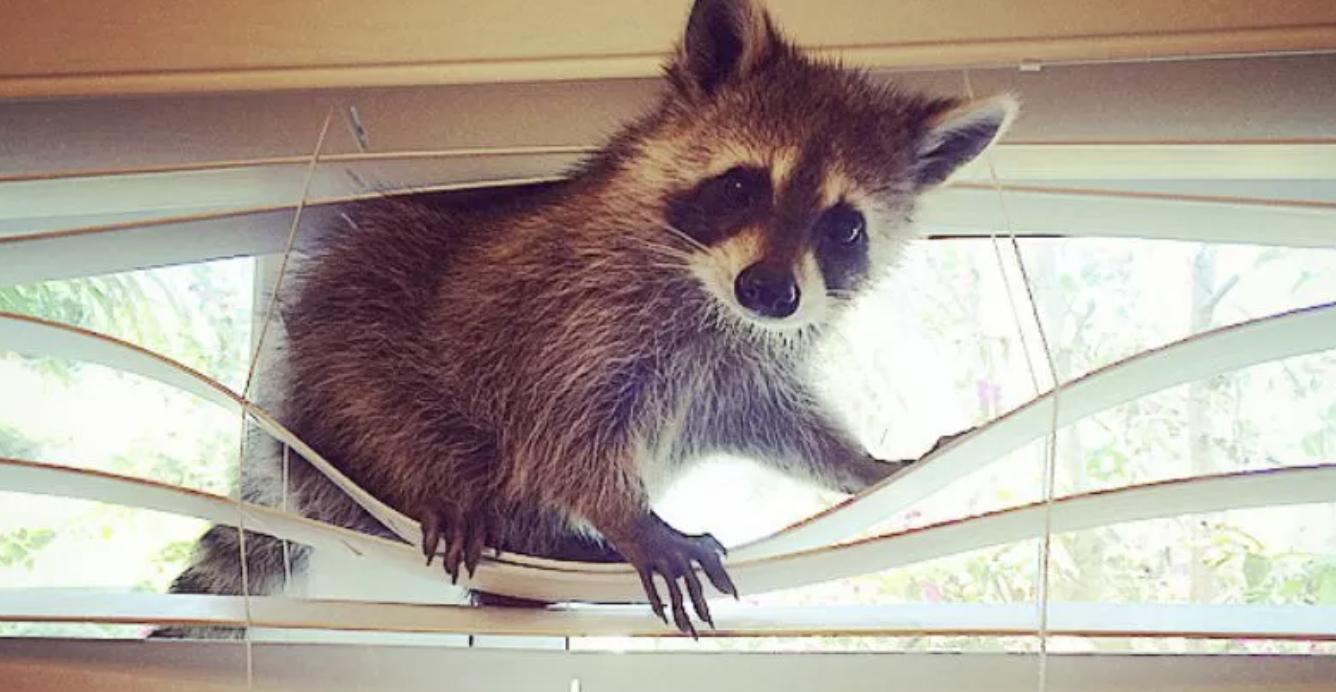 Rosie Kemp lives in the Bahamas, in Nassau. Last year she found a raccoon cub that fell from the tree. The baby had a broken leg and the mom wasn’t around. Then Rosie and her daughter Laura decided to adopt a raccoon girl to save it.

The baby’s nickname was Pumpkin. The baby raccoon almost immediately settled in a new house, met all the households. Rosie decided to settle the Pumpkin in her house and raise her together with her husband. 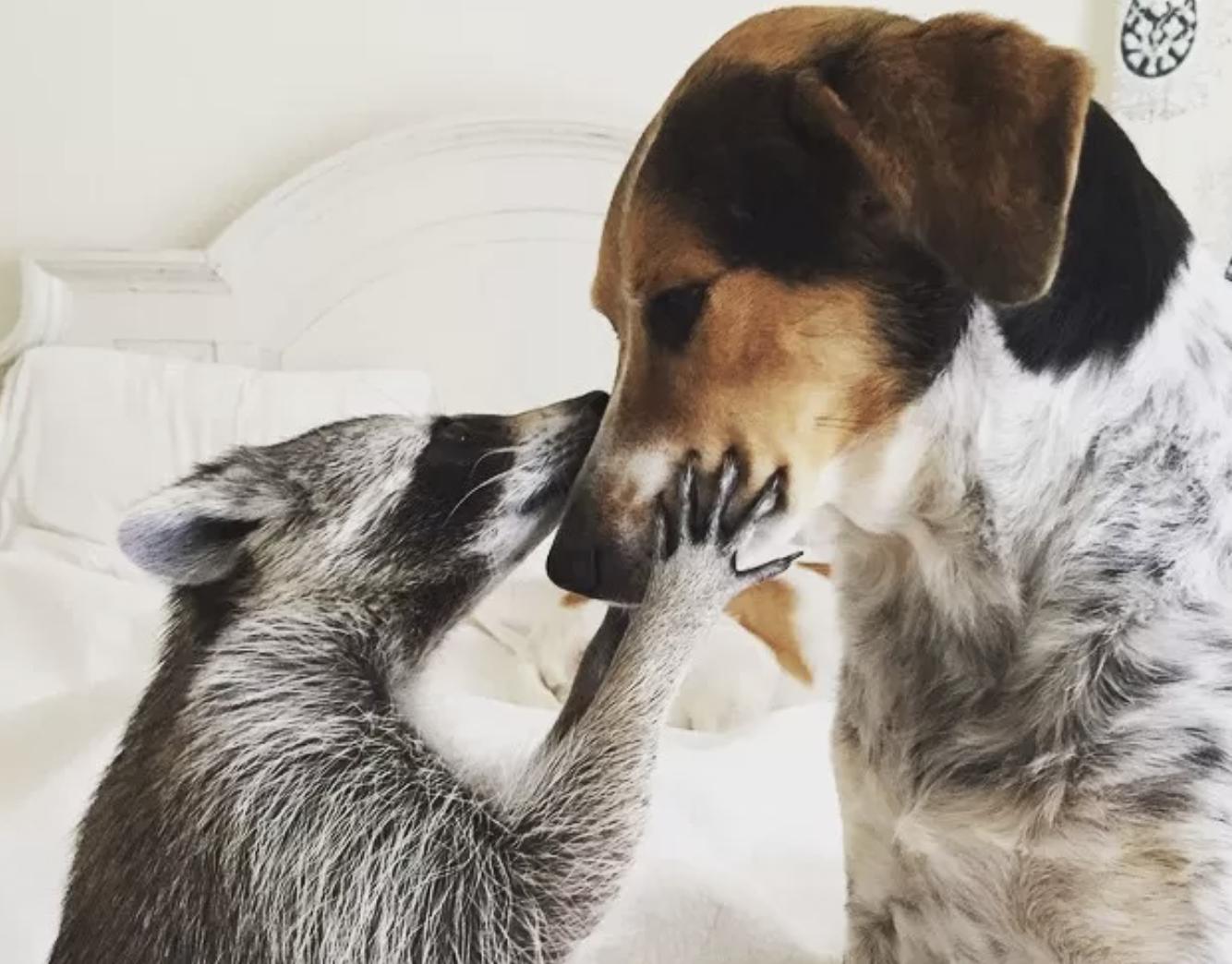 In her new home, Pumpkin found two dogs who were also rescued by a caring family. The raccoon quickly found a common language with the animals and almost instantly became attached to them.

The owner of the Pumpkin says that it almost constantly goes after the dogs and does not leave them for a minute. 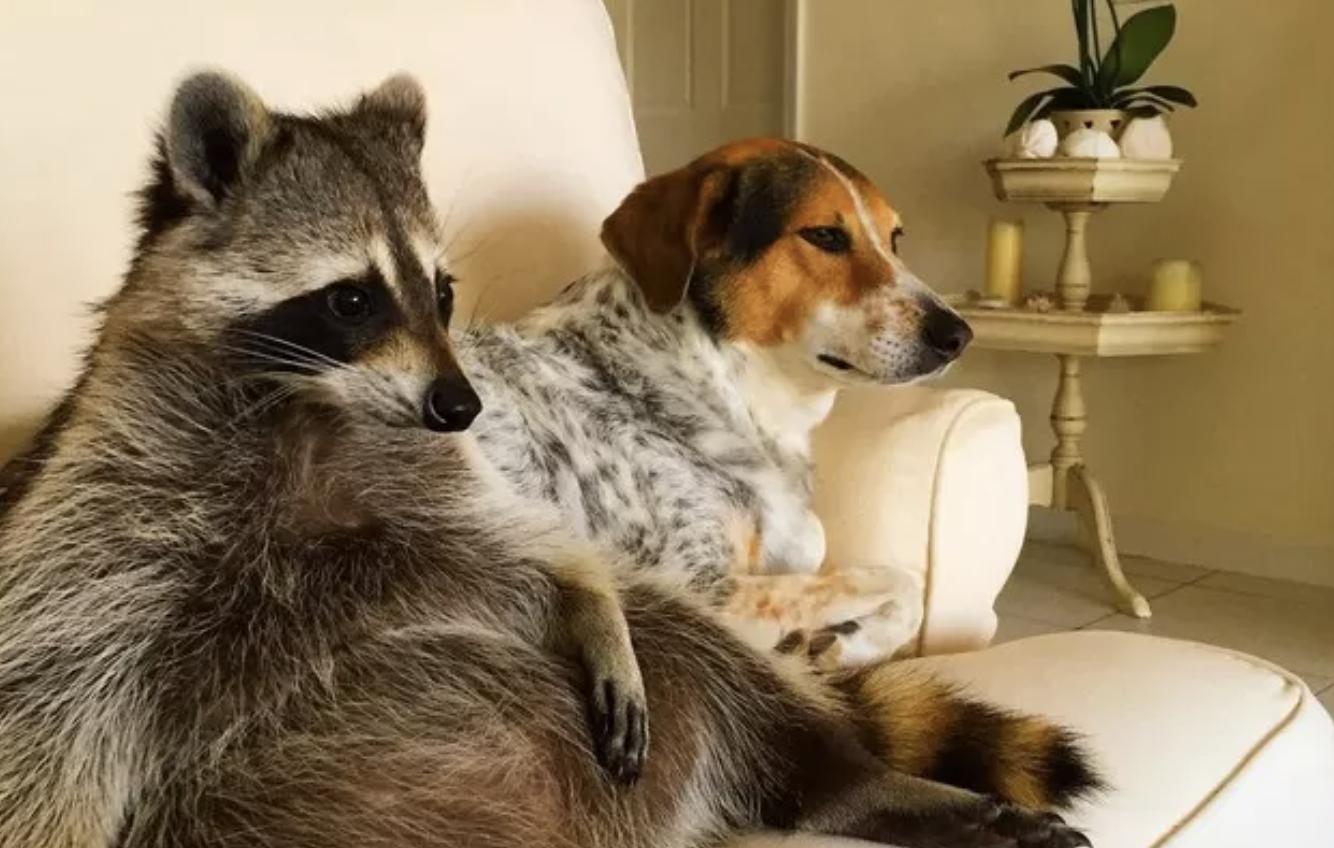 The baby, who has grown up and strengthened, shows curiosity and wants to communicate with his four-legged friends without a break. It reaches out to the dogs, enjoys playing with them and participating in the fun. But at the same time Pumpkin knows the measure and respects its friends, so it does not show rudeness towards them and does not allow itself too much. 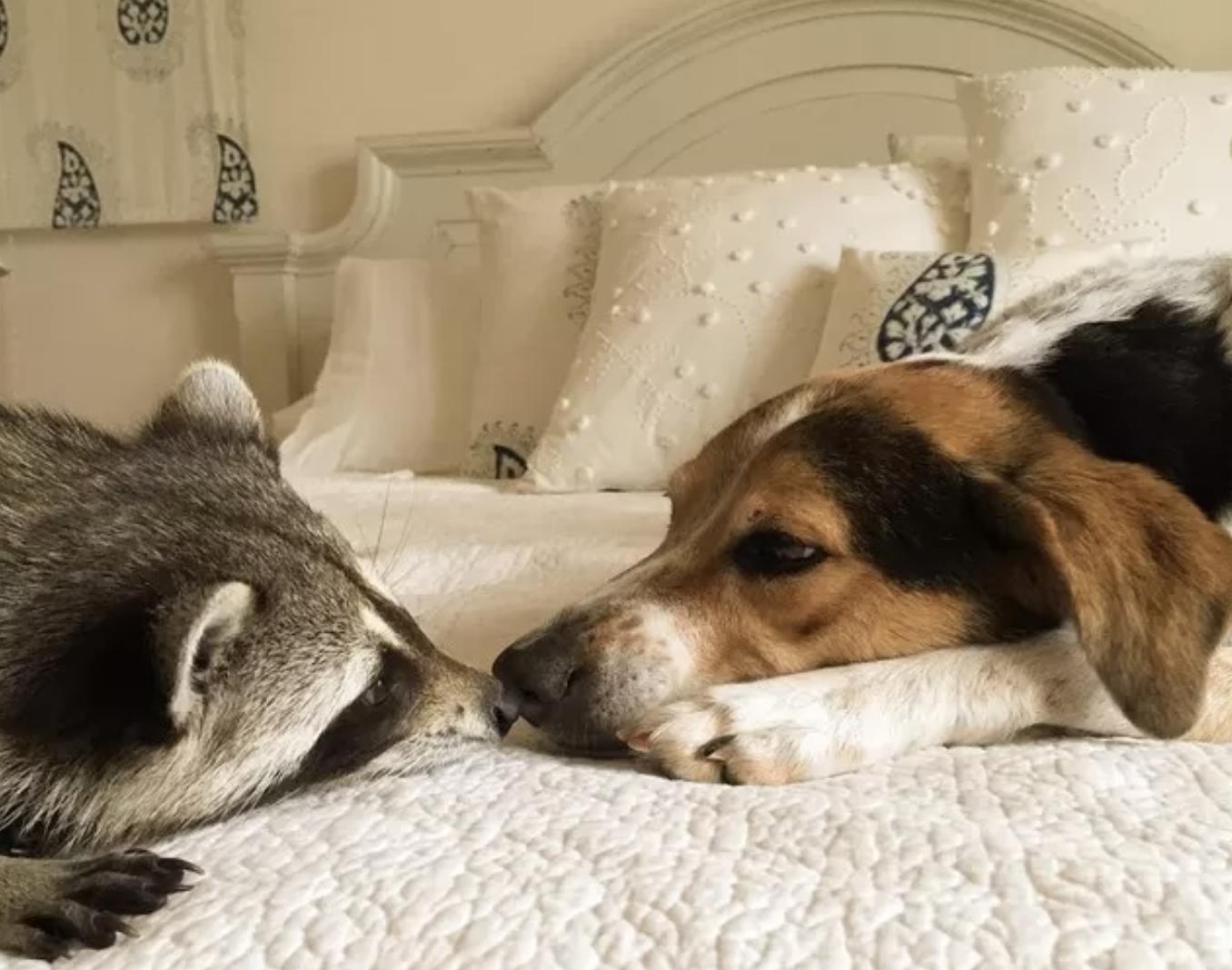 Laura says that Pumpkin repeats everything behind the dogs and adopts their habits. Most likely, the raccoon thinks that it is also a member of the family of dogs. At the same time, the Pumpkin is incredibly clever and, according to the owner, it even knows how to demonstrate the emotions it experiences. 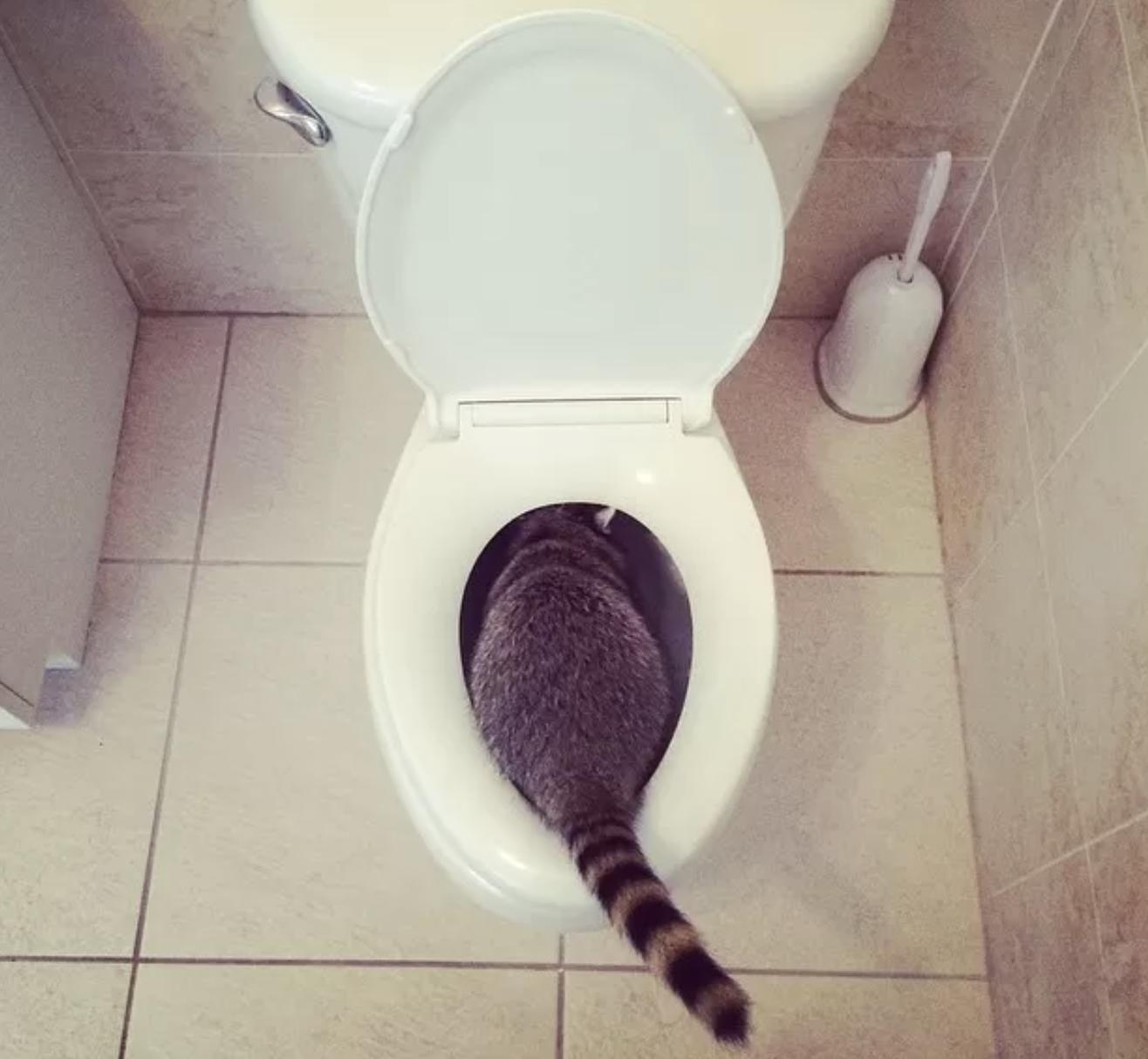 Caring for a raccoon takes a lot of effort and requires constant work. But care does its job: Pumpkin pleases the owner with new achievements, makes her smile and gives the most sincere emotions.