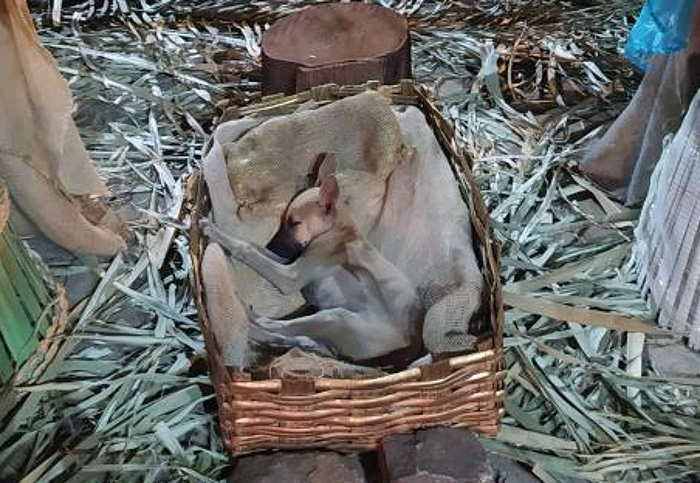 The manger in which the infant Jesus was supposed to lie was occupied by something else. The little skinny puppy was sleeping so soundly that he didn’t feel Nadia’s approach. And she didn’t wake him up — she couldn’t take him home anyway. But it would be completely wrong to just pass by. It is such a touching sight — thrown out on the street, lonely and unhappy, he tried to find a place to sleep and instinctively chose the most suitable one. Brazilians are deeply religious people, so they understand such signs. Heaven sent Nadia, no doubt, so she quickly took a picture of the puppy and sent messages for help on social networks.

And help has come! The next day, the puppy was already accepted into a new family. Here is a simple but kind Christmas story about helping others, even if it’s just a puppy.