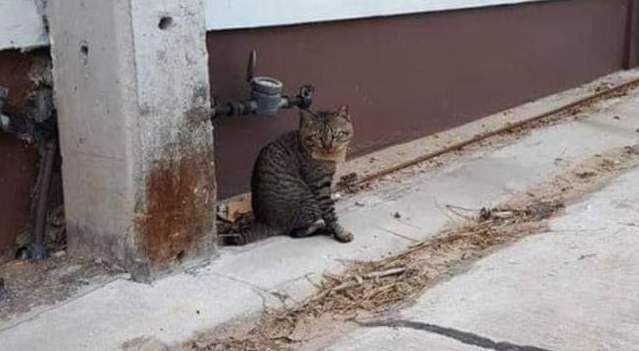 Pets will always be a source of funny stories. Last week, such a story happened to a charming cat from Thailand, whose owner is Chang Phuak. Thanks to the efforts of his cat, he now has a debt of three mackerels, despite the fact that Chang has not eaten a bite!

The cat ran away on for three days, and then returned as usual. But there was a disturbing detail.

The cat has escaped before, and Chang Chang doesn’t worry about him, because the cat is too careful to get into trouble. The cat returned with a new collar, and there was a cardboard box with a note on it! This is something new. 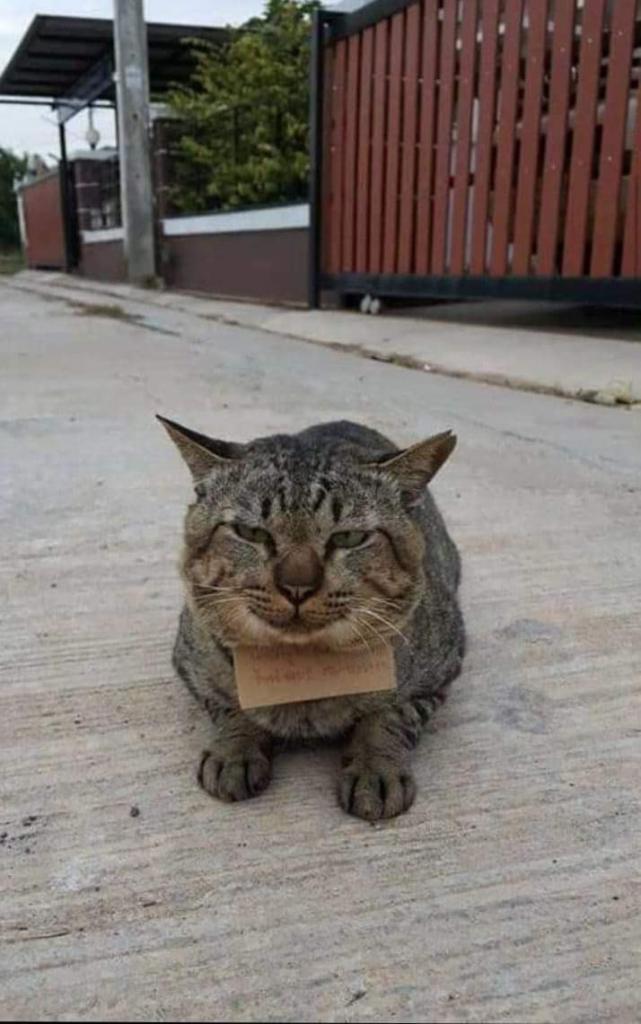 The text of the message said that a cute cat with hungry eyes came to pavilion 2 in the market with live fish, where he tormented Aunt May for so long by staring at the mackerel on the counter, that the merchant’s heart could not stand it. She doesn’t like ordinary stray cats, but this cat got a whole fish. But he didn’t eat enough! In general, the owner of the cat, you have a debt for three
mackerels! 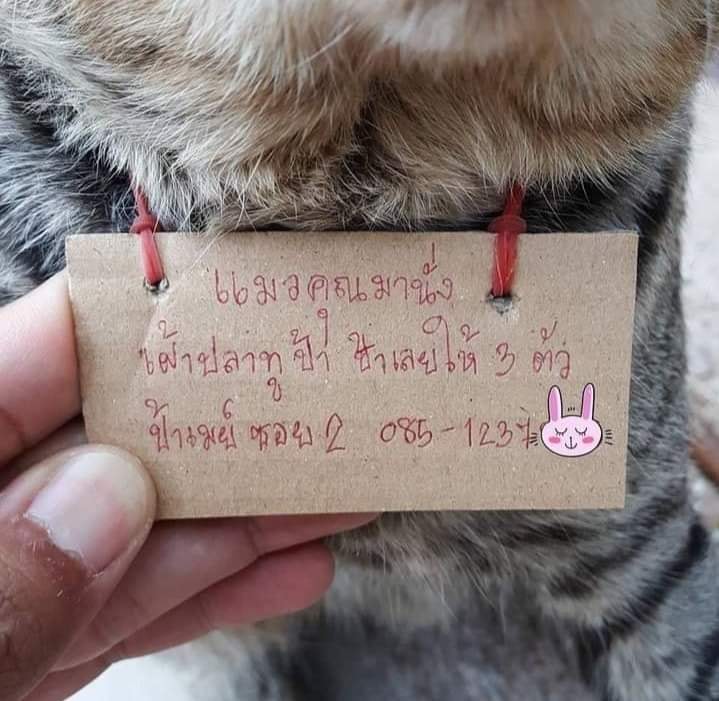 The post attracted a lot of comments. From in the spirit of « let the cat work out » to « and could be fed with cheap fish ». Someone suggested that this was a joke, just the saleswoman wanted to make sure that the cat returned home safely. Some even offered to pay for the fish, just to find out the continuation of the story. Chang is lost in thought.