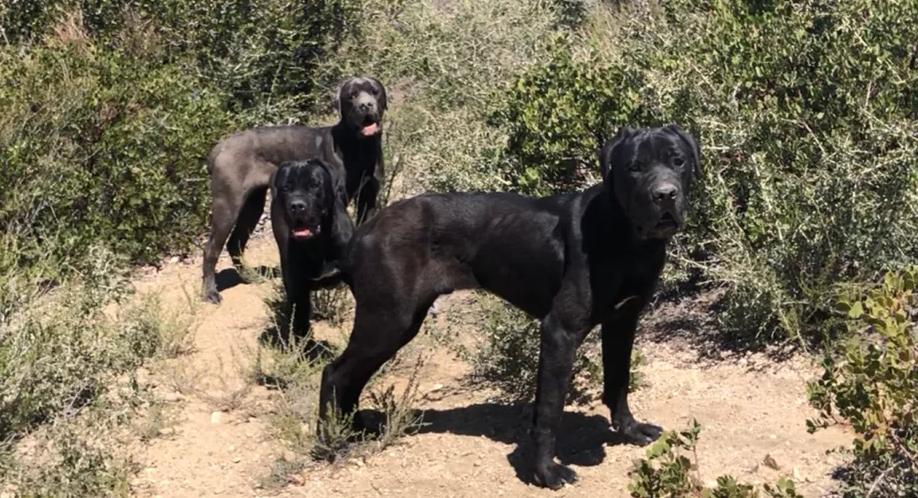 Walking through the National Reserve, a resident of California Veronica suddenly saw three black dogs. She tried to get closer to one of them, but the animal quickly ran away.

After a good look at the dogs, the girl found that they all belong to the Cane-Corso breed. But they looked terrible, exhausted. Once they probably had owners, but now they are completely wild.

The girl left the dogs water and food and asked for help in the service for catching stray animals. But they refused to help, explaining that the territory is quite unsafe for this.

Then the girl started coming to the park every day, talking to the dogs, feeding them, getting close to them.

But even though the animals became more friendly, catching them at the same time was an impossible task for Veronica. Volunteers from the organization for the search and rescue of dogs came to the rescue.

They built a trap where they put the food. And all the canes Corzos went there. So they were saved and taken to a rehabilitation center. There they are treated and learn to interact with other animals. The volunteers are sure that soon the dogs will have new owners who will help them forget the unpleasant past in the forest.