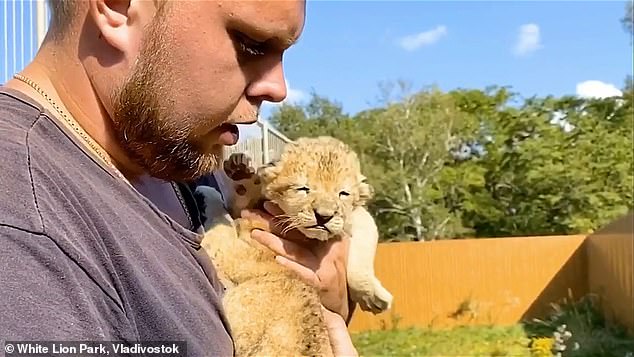 The lioness mother of these kids is secretive and withdrawn, she’s not all right mentally.

After birth, the lioness ignored the babies. And then she began to bite, instead of licking. Fortunately, there was a German Shepherd nearby, Sandra, who was feeding her puppy. Normally, she successfully can feed eight puppies in each litter and this is very important because lion cubs are not kittens, they need a lot of milk. According to its composition, dog milk is suitable for lion cubs, it has everything useful. But there was one serious catch — Sandra has a strong antipathy to cats. And how will she react to overgrown kittens?

The lion cubs were lucky-Sandra accepted them! 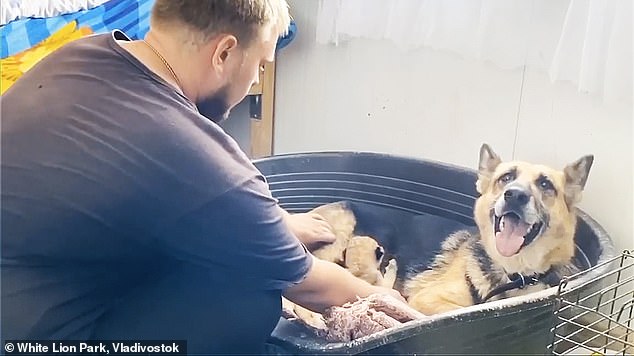 And not just gave them food, but also began to lick and care for them, as a mother should 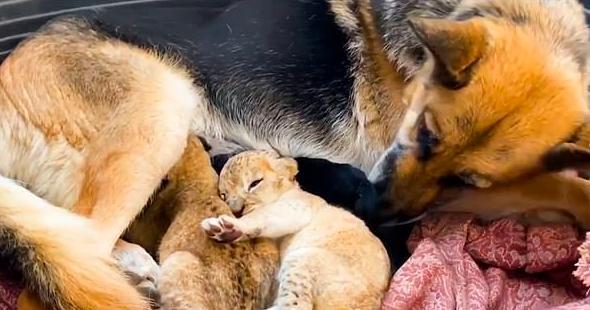 The case is not unique, but it is very rare when it comes to animals of such different species.