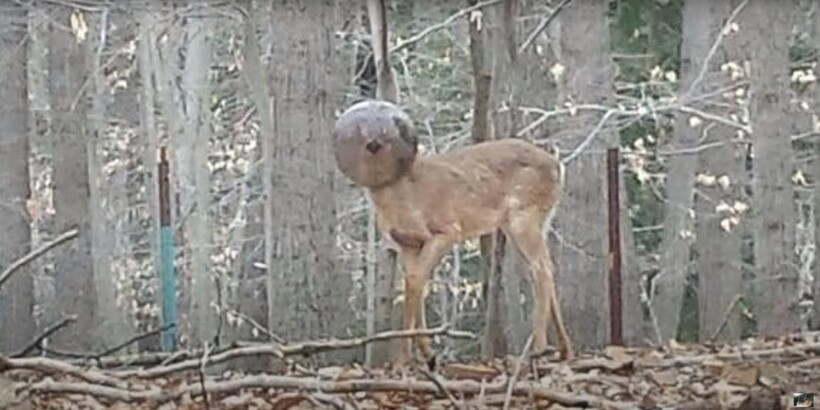 Deer are quite common throughout the United States of America. It is because of the growth of the population that they are increasingly coming out to people. So it happened with the deer, which was met by a resident of New Jersey. 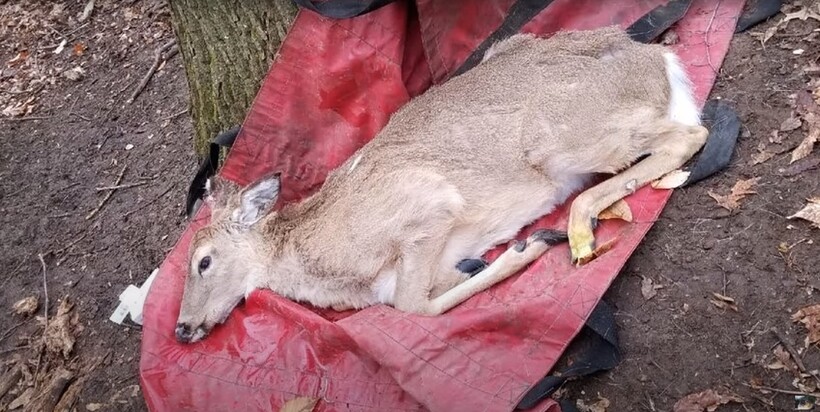 This story is unusual because a wild animal came to a person for help: on the head of a deer, there was a huge glass ball. It was probably once part of the city lantern. The most terrible thing was that because of the ball, the deer could not drink or eat.

The man decided to help the beast. He called the rescuers, who carefully rescued it from the balloon after putting the deer to sleep. The animal was left to recover from anesthesia in the bushes. His fate was followed by almost all the townspeople and, it would seem, everything went well.

But in the evening, a resident of New Jersey again turned to the services because the deer again appeared in the yard. He was out of breath, and the specialists who arrived diagnosed dehydration.

The IV that the veterinarians put on it helped the animal to return to its senses. It was able to stand firmly on its feet and even began to take an interest in food. As soon as it got better, the deer finally ran off into the forest.