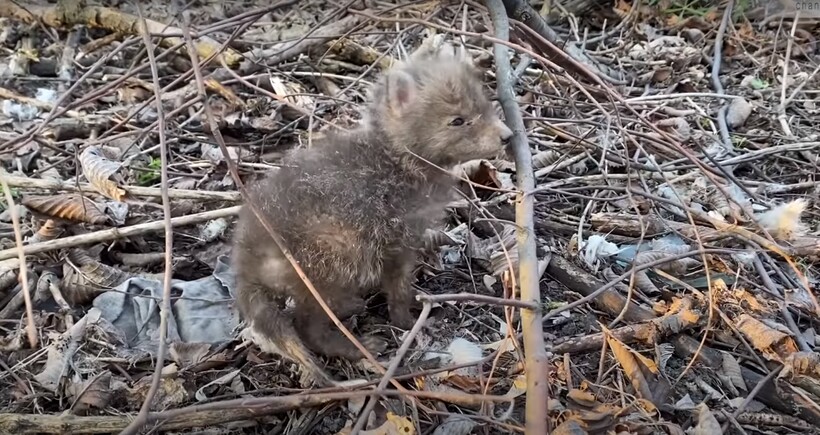 Even animals love caress. This is not news that everyone needs warmth and care. Even wild animals that need to stay in their natural environment sometimes need to be close to humans and survive.

The story of the tiny little fox is proof of this. The baby was found very weak, but a month passed and the animal got back on its feet, got stronger, and gained strength. What a handsome fox it had become!

This poor fox was found among the dry grass and branches. Weakened, it couldn’t even get away from them. It could barely stand on its feet, trembling with fear, so people caught him without difficulty. They wrapped it in a blanket, in case the fox decided to bite. But the baby warmed up and relaxed in their arms. 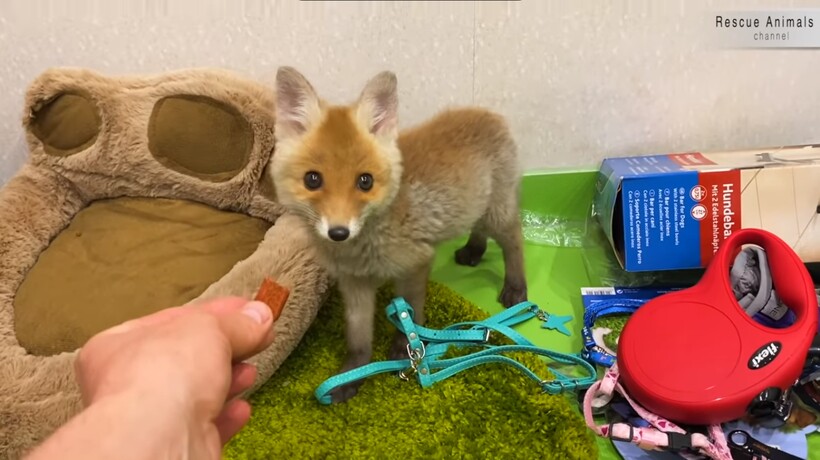 The fox was sent to a special center where wild animals are cared for. The employees were engaged in its recovery and treatment. They fed it properly, left a bowl of water next to it, and let it sleep.

The veterinarians also examined the animal, it was important to know that it had no internal injuries. And then they arranged it in a spacious, comfortable enclosure so that it could move safely inside.

Regular feeding, treatment for parasites, petting — and the fox cub began to change before their eyes. It no longer looked gray and ragged, and its red fur was beginning to burn like the setting sun. It grew quickly, the bones formed, the silhouette ceased to be childish. Now it was a young, cheerful fox, curious and affectionate.

It was no longer afraid of people, sought to communicate with them and examine everything around it.

Other animals did not interest him, except for one dog. But the red fox follows people constantly.