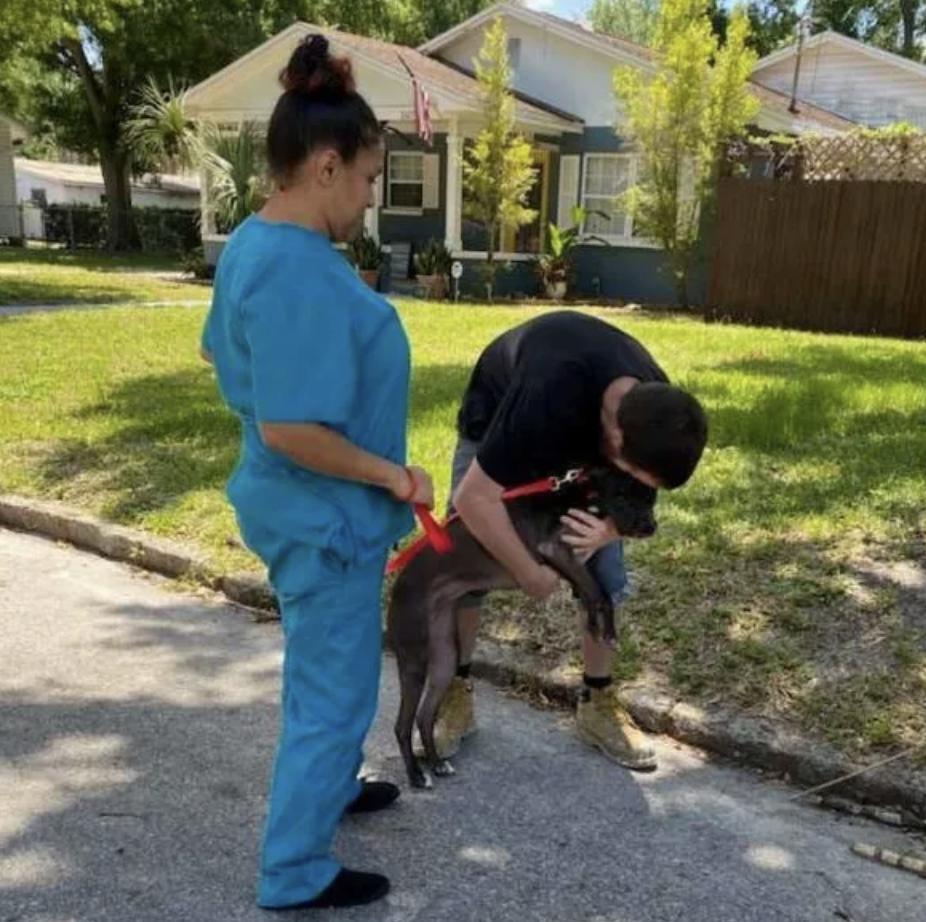 Staff members of the Tampa Bay Humanitarian Society told a touching story. In the shelter was a dog named Dakota. Its owner, who decided to remain anonymous, was forced to leave his four-legged friend, as he became homeless.

The owner of Dakota lost his job first, and then his home. He wandered the streets and experienced all the hardships of homeless life. But he realized that his pet deserves more and can live in warmth, care, and regular nutrition. Then the man turned to society and left Dakota there. But he had no plans to leave the dog permanently.

Dakota became everyone’s favorite: the dog was obedient, affectionate, and very friendly. However, no one was in a hurry to take her home, and the animal waited for its fate in the cramped enclosure, listening to telephone conversations and glancing at the doors.

And one day a miracle happened: the owner of Dakota called the shelter. He said that he would be able to take care of the pet on his own again. It turned out that the man got a job and found a new home. And he was incredibly glad that his four-legged friend was still waiting and hadn’t found another home.

The meeting of the dog with the owner touched literally everyone. Employees of the society wrote about this story on the social networks.

When Dakota and her owner met after a long forcible separation, the dog happily wagged its tail and whined, and the man could not contain his feelings and burst into tears. Wept with happiness and emotion and the workers of the shelter.

The administration of the society decided to make a few parting gifts for Dakota: a new collar with a leash, as well as a supply of preventive drugs for six months. This story once again proves that friendship between animals and people really exists.