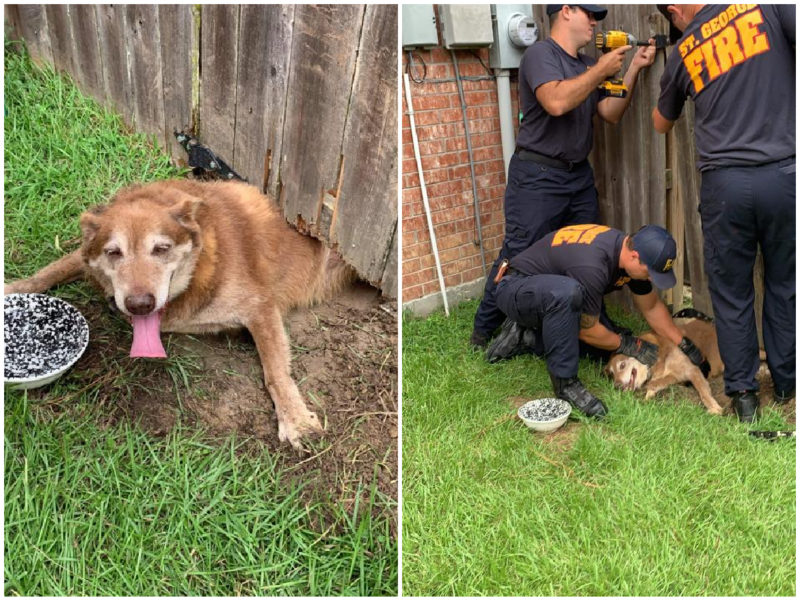 Curiosity killed the cat, you know…

Today we will tell you the story of one dog that got stuck under a fence trying to dig a tunnel. To save it, the local firefighters had to work hard.

We all know that dogs like to dig. It’s part of their nature, and no matter how we try to wean them off, it’s just a waste of time.

And if we were able to catch them « red-handed », it always happened that they were digging under the fence: apparently, to either better explore the environment, or get out into the wild and go on amazing adventures.

And this dog has miscalculated with its size. Trying to build a tunnel under the fence, the dog did not dig deep enough, and eventually, it got stuck. 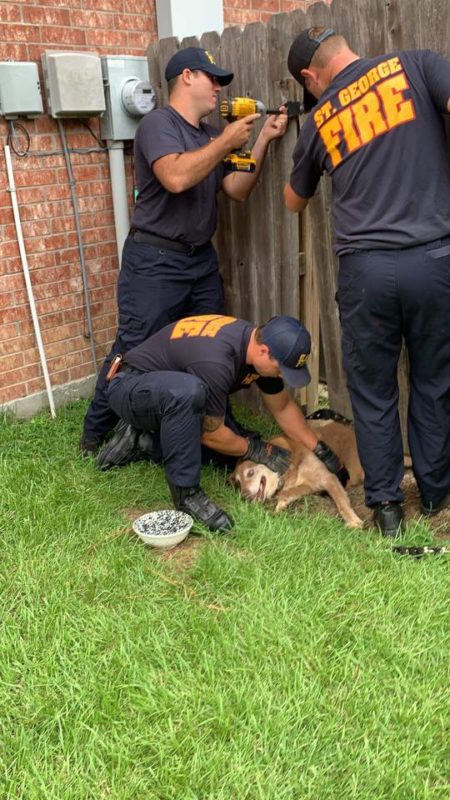 This incident was rather unpleasant for the chubby dog, but the Louisiana authorities gladly extended a helping hand to this dog. We’ve all had nasty incidents, and probably firefighters have seen worse things.

The day for this dog turned out not as it imagined it. As soon as the dog realized it was stuck, it immediately started to panic. The firefighters managed to calm down the puppy and soon release it.

And it was good that the dog did not suffer from this test. If anything, it was probably just his ego, which was slightly damaged. Once released, firefighters were able to return it to the concerned owners.