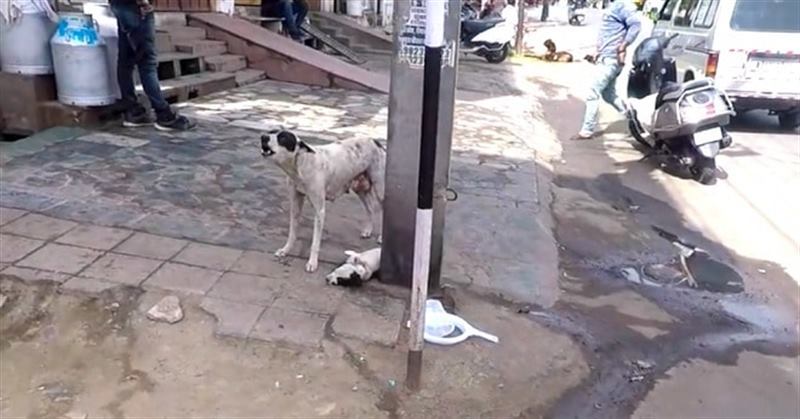 Its child needed help and it did everything to pay attention to them!

Today we want to tell you a very touching story that proves that any mother, even a four-legged, will do everything to keep its baby safe and healthy.

We have repeatedly told you about how animals selflessly fought for their offspring and in all possible ways, they were protected. Today’s heroine is a homeless dog from India, who felt that its baby needs help and it tried to do everything to pay attention to them.

A dog was standing on the pavement and it was barking loudly, it was obvious that the dog was very concerned and people began to come up to see what caused its behavior.

When the people approached, they understood everything: at the feet of the dog lay a small puppy, who apparently needed help. 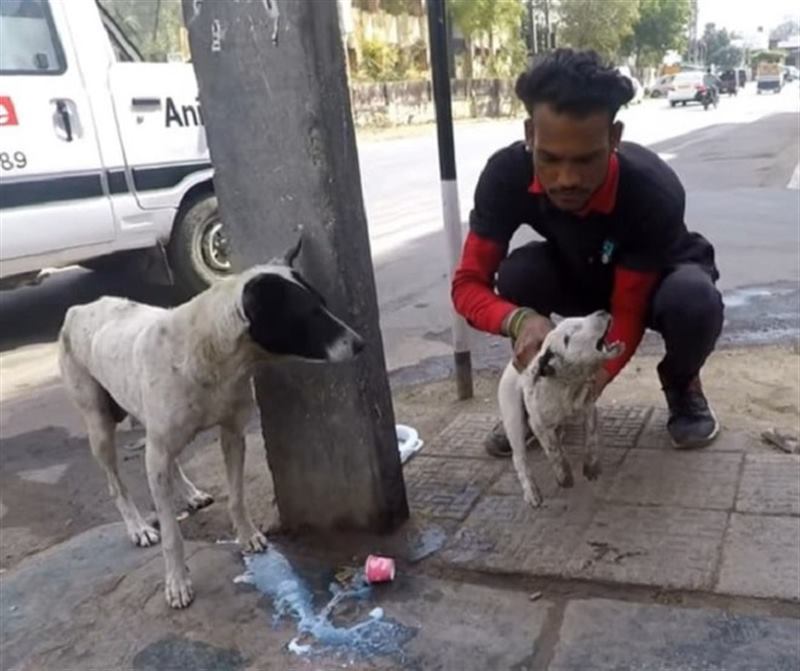 One of the passers-by immediately called the Animal Aid Unlimited animal shelter and within half an hour volunteers arrived at the site. When they approached the dog, it did not growl and met them very friendly, most likely it felt that these people will help them. The four-legged mother fully trusted the visitors.

When the baby was lifted from the ground it cried plaintively. They took it in their arms and carried the puppy to the center, the furry mother did not leave the saviors for a second, it just did not take its eyes off them. 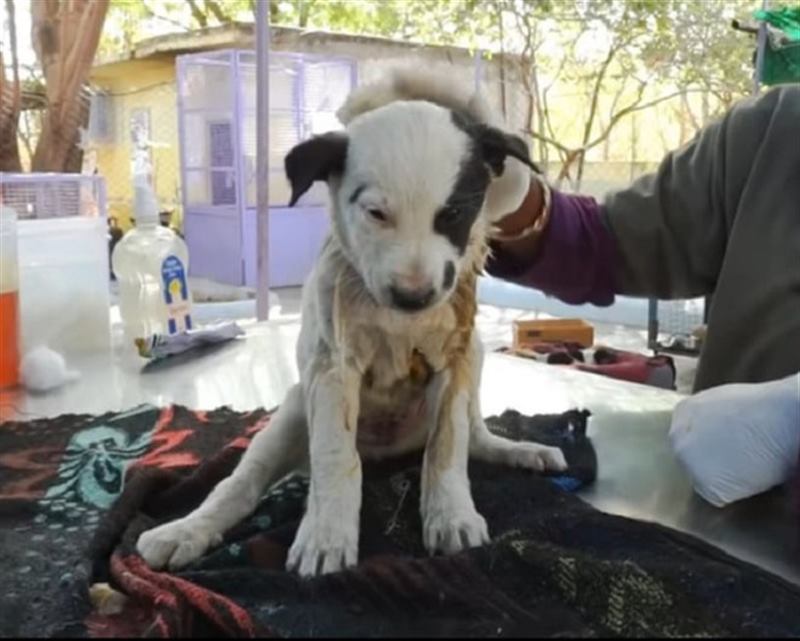 They cleaned the wounds and bandaged them. Then the volunteers fed the puppy. It got better and it became more cheerful. 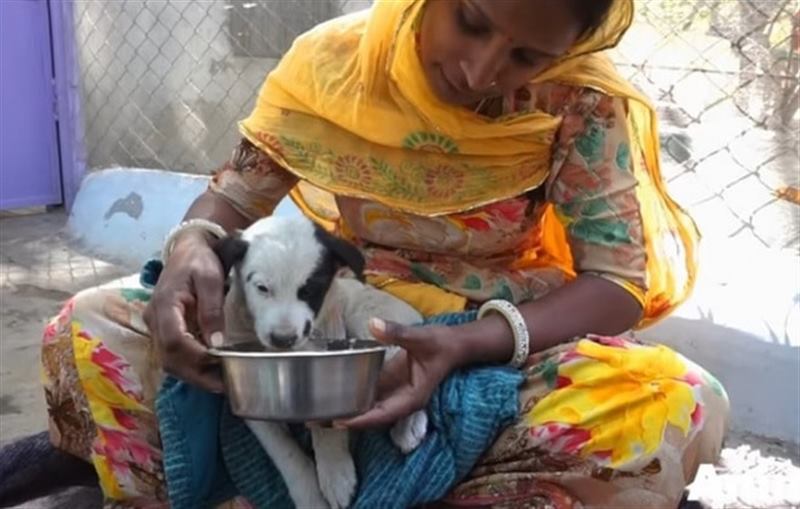 After a couple of days, the puppy became fully strong and recovered. At first, he limped a little but soon began to run and jump fully. 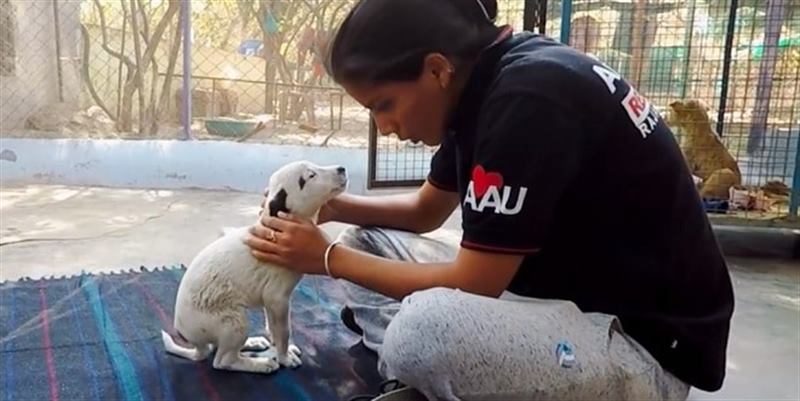 Surprisingly, its mother was right, the baby truly needed help and on its own, it would not help the baby, so the dog called people. It’s so good that the help came very in time! 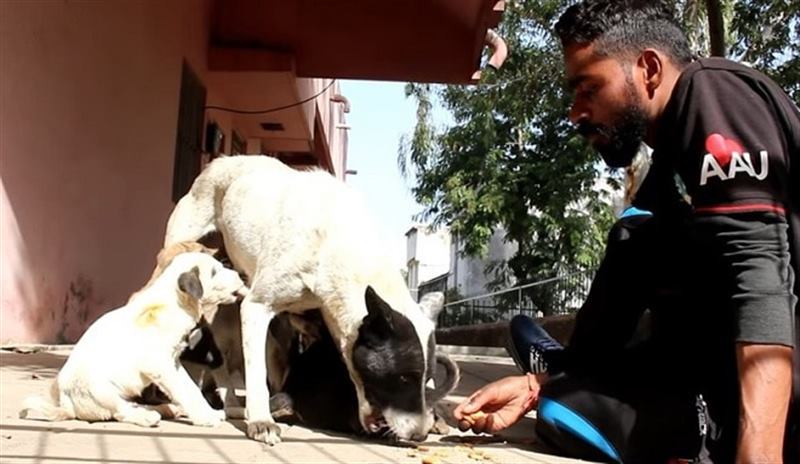