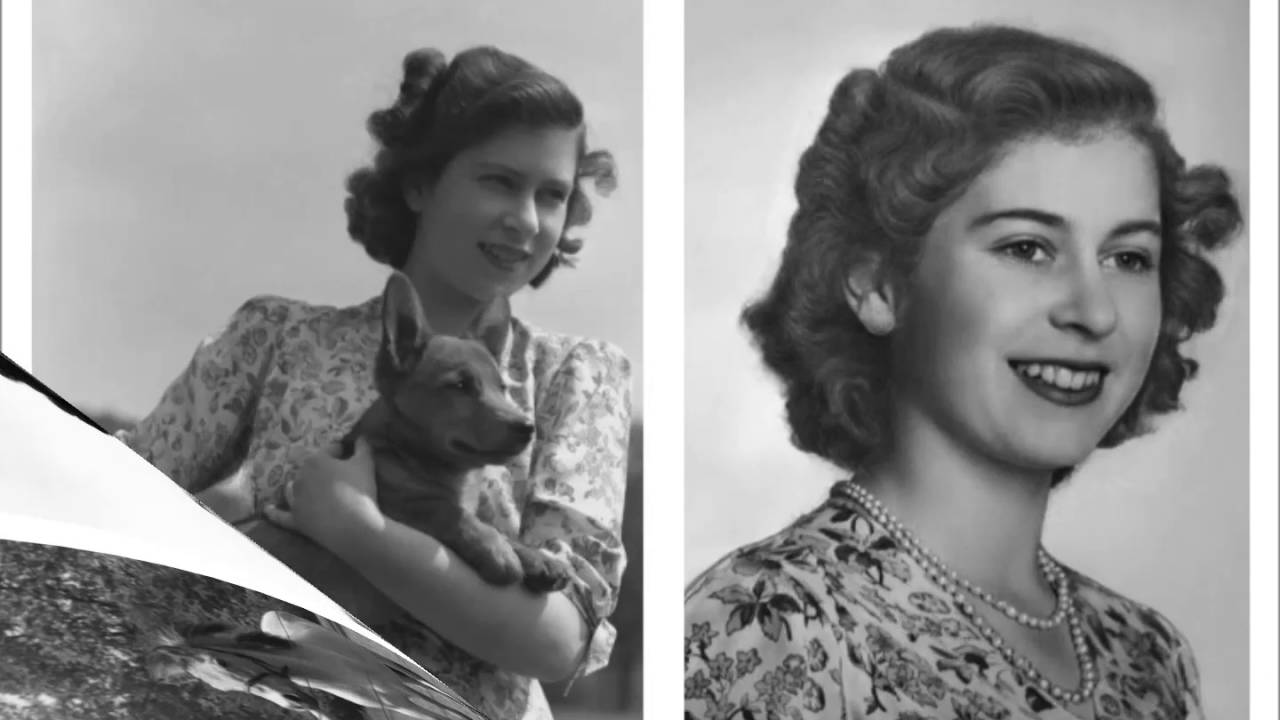 Many people probably do not remember how the Queen of Great Britain Elizabeth II used to dress. But in her youth, she was the style reference of her time.

Today we will remember what Her Majesty looked like in the first half of her reign.

Since childhood, Elizabeth dressed according to royal protocol — it was dresses and midi skirts, double-breasted coats, fancy collars, high white socks, and gloves. She always had small reticule bags in her hands, she just adored them, and even now it is a favorite accessory of the queen. 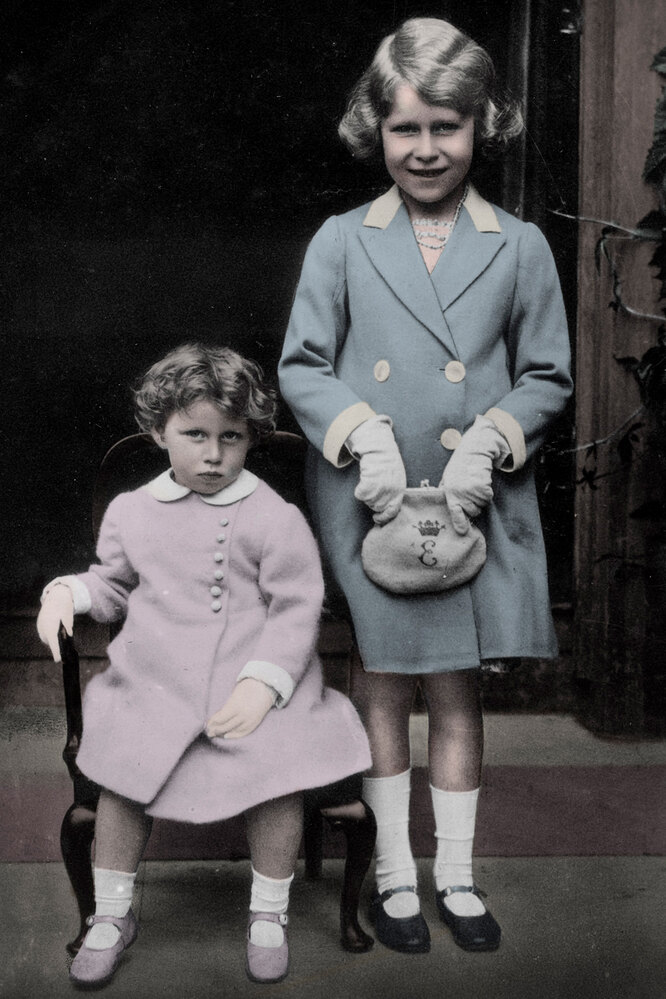 In her youth, Elizabeth preferred flowered dresses, midi skirts with pleats, and blouses with curly collars. And at official meetings, she appeared in plain suits with skirts below the knee, fitted jackets, and shirt dresses. 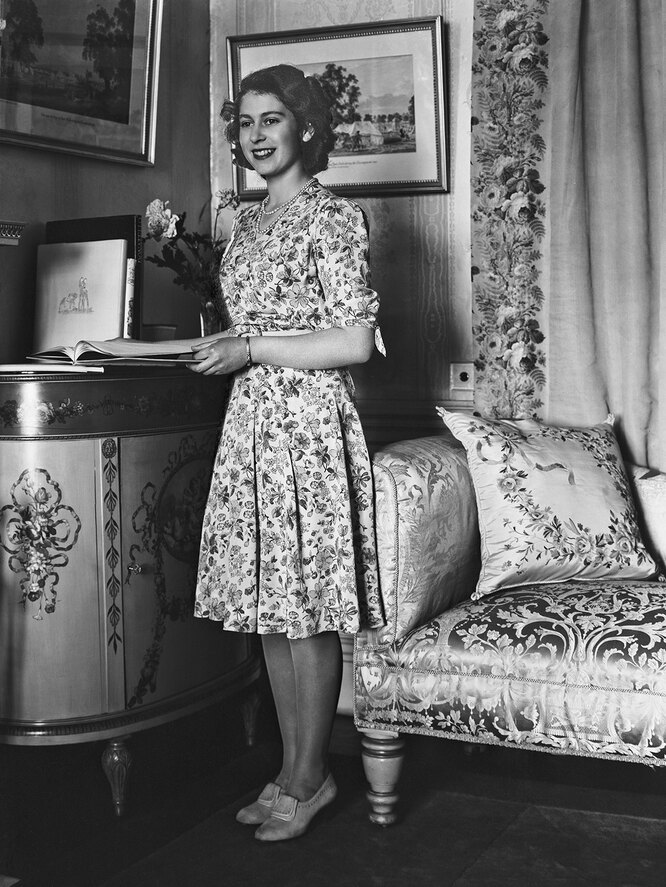 Elizabeth’s wedding dress was made by designer Norman Hartnell. Especially for such an important event, the designer designed an evening dress with a four-meter train, embroidered with rhinestones and pearls. The dress for the coronation of Elizabeth II in 1953 was also created by Hartnell. 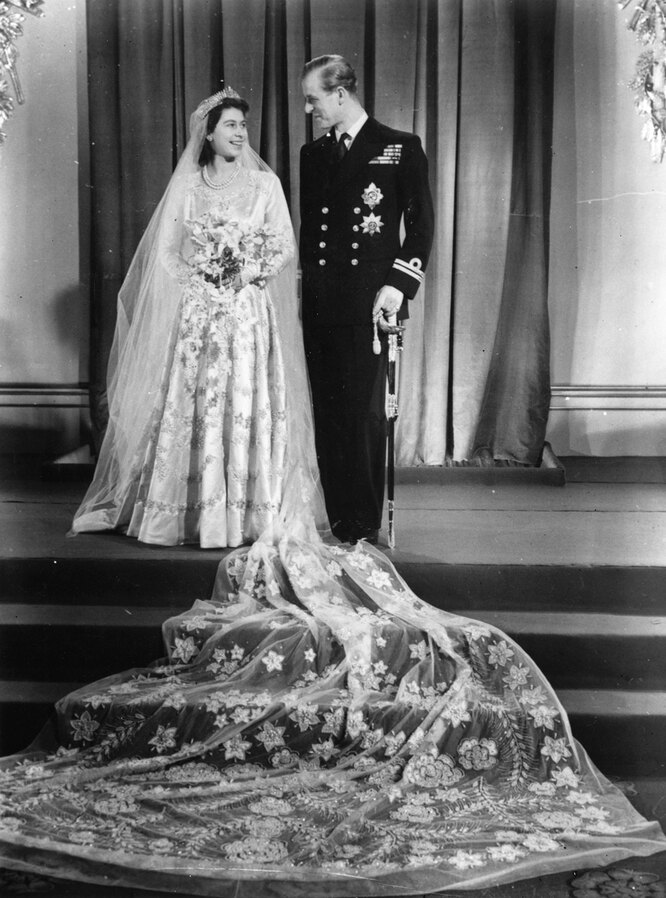 Her Majesty’s coats and raincoats were fitted and slightly flared at the bottom. The monarch often relied on models with accent shoulders and unusual collars. 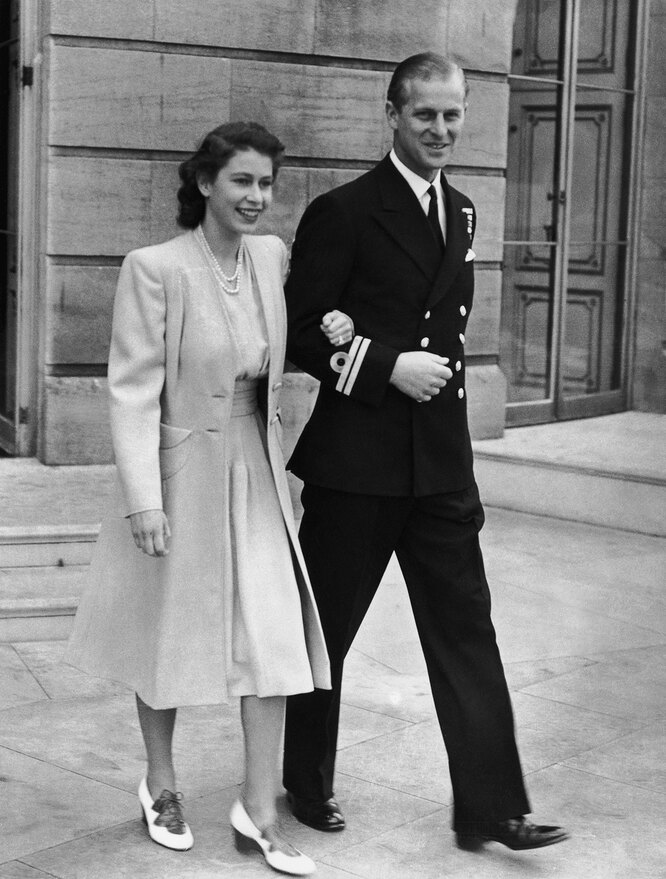 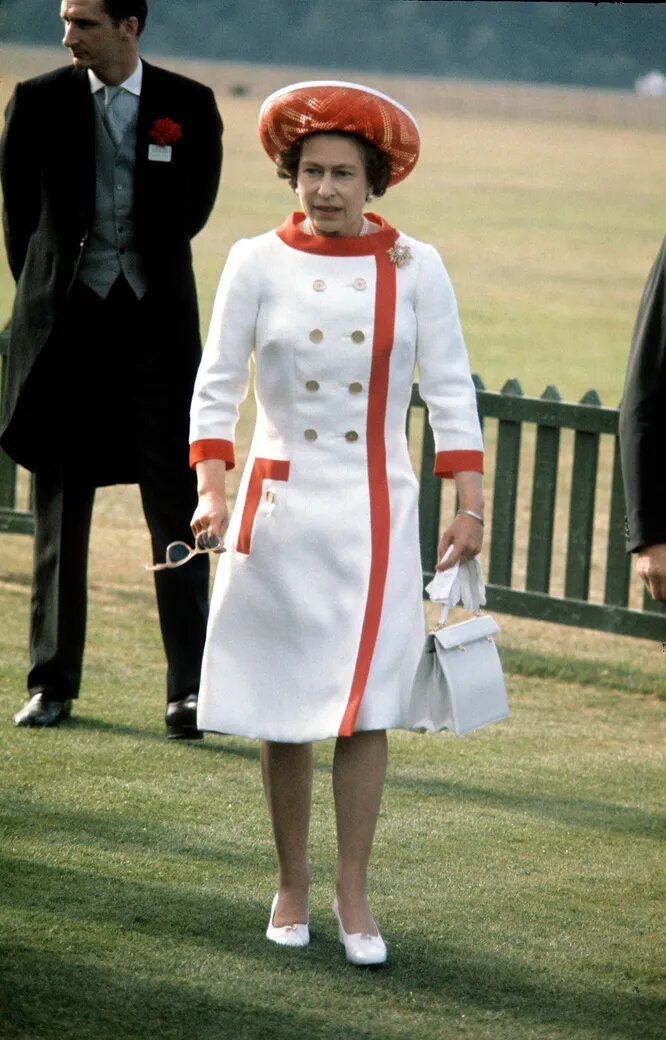 Elizabeth chose evening dresses with fluffy skirts and a shallow neckline. And as for accessories, she chose white gloves and put a fur cape on her shoulders. 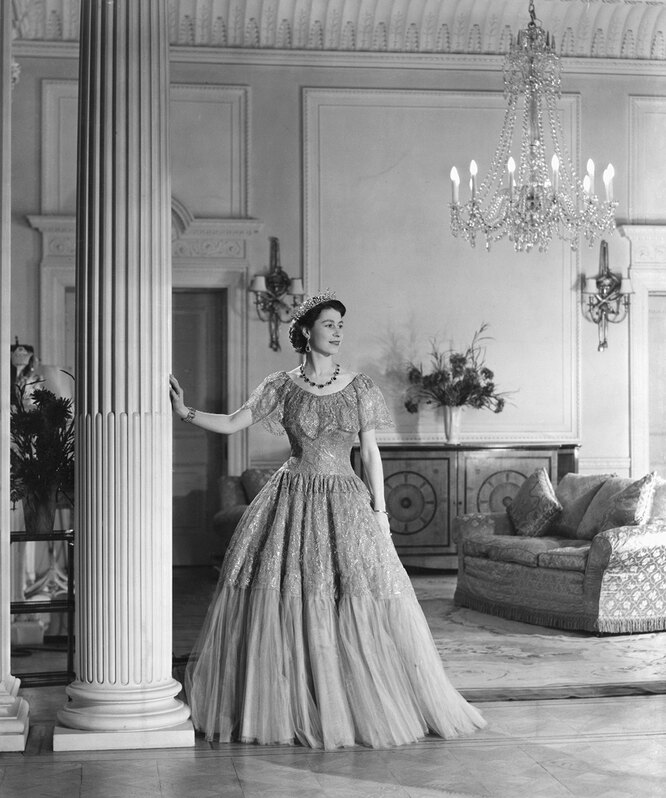 From a young age, not a single image of Elizabeth is complete without pearls. The Queen prefers double or triple strings of pearls and neat pearl earrings to diamonds and other precious stones. 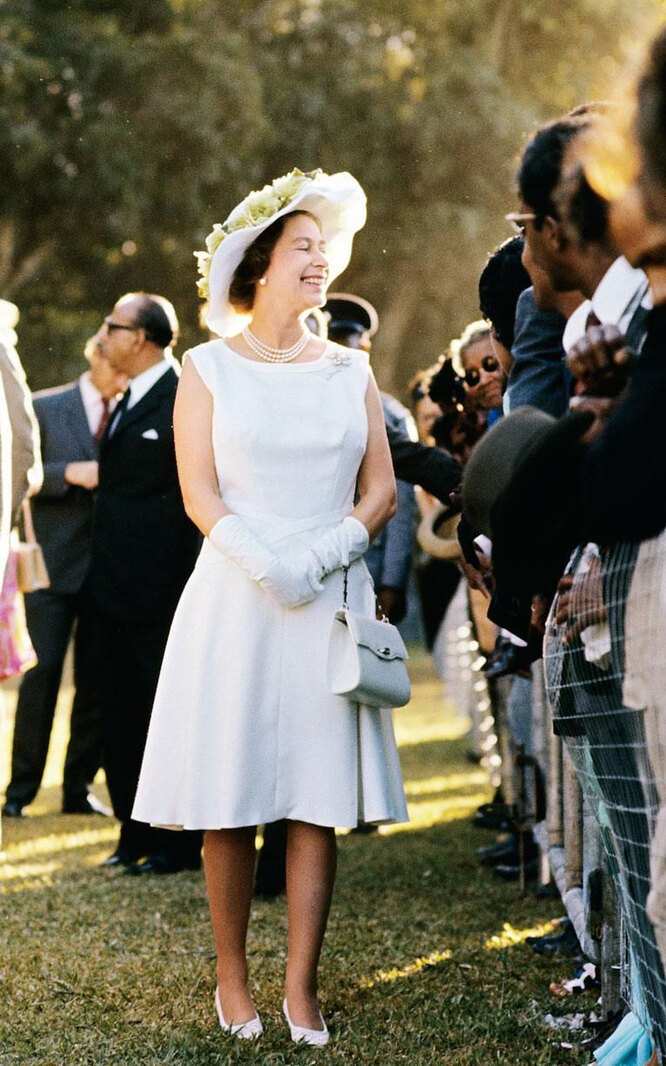 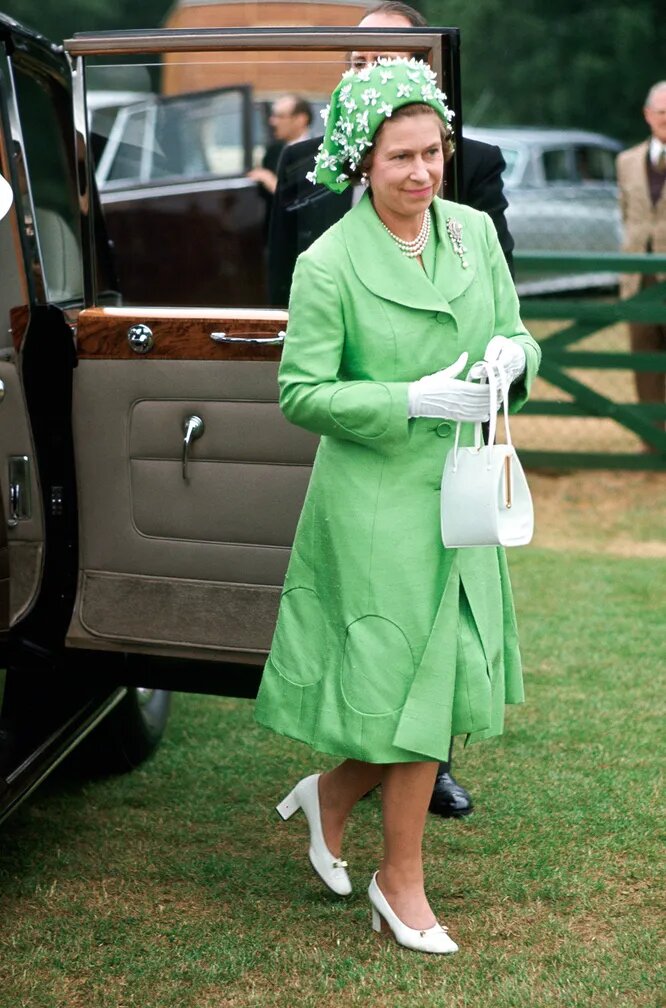 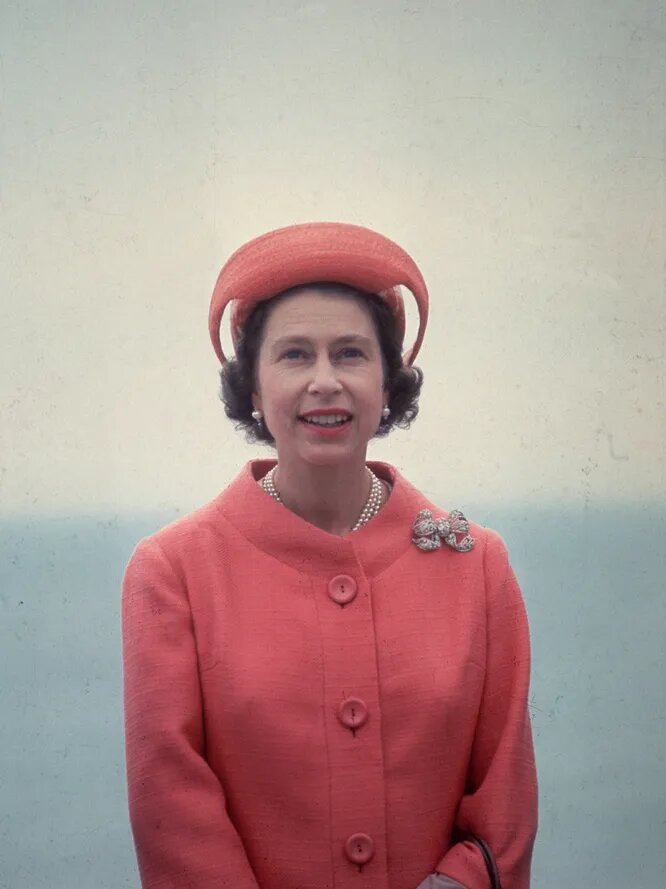 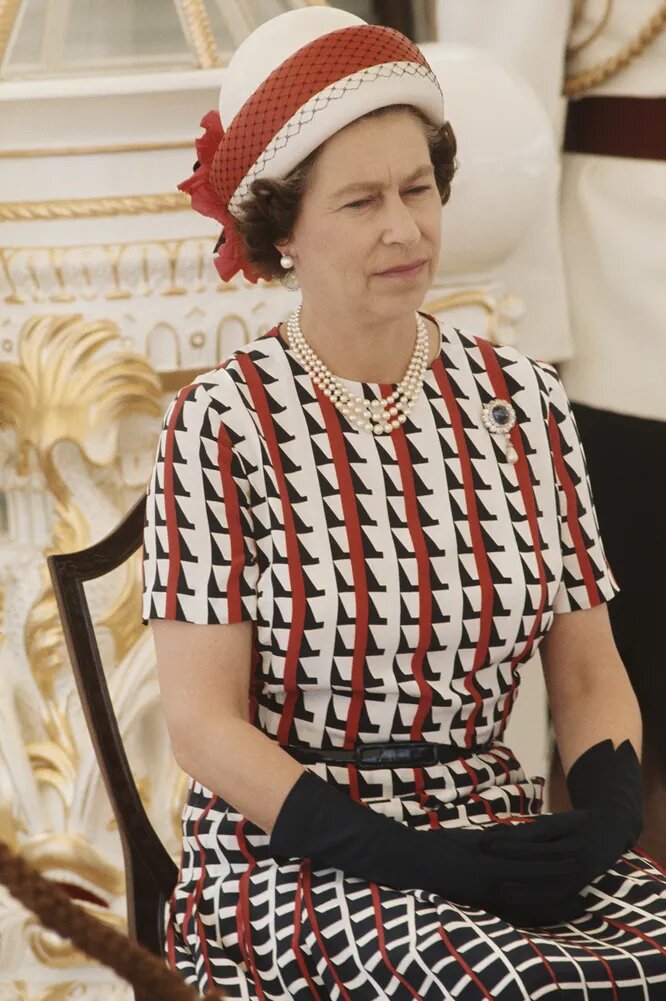 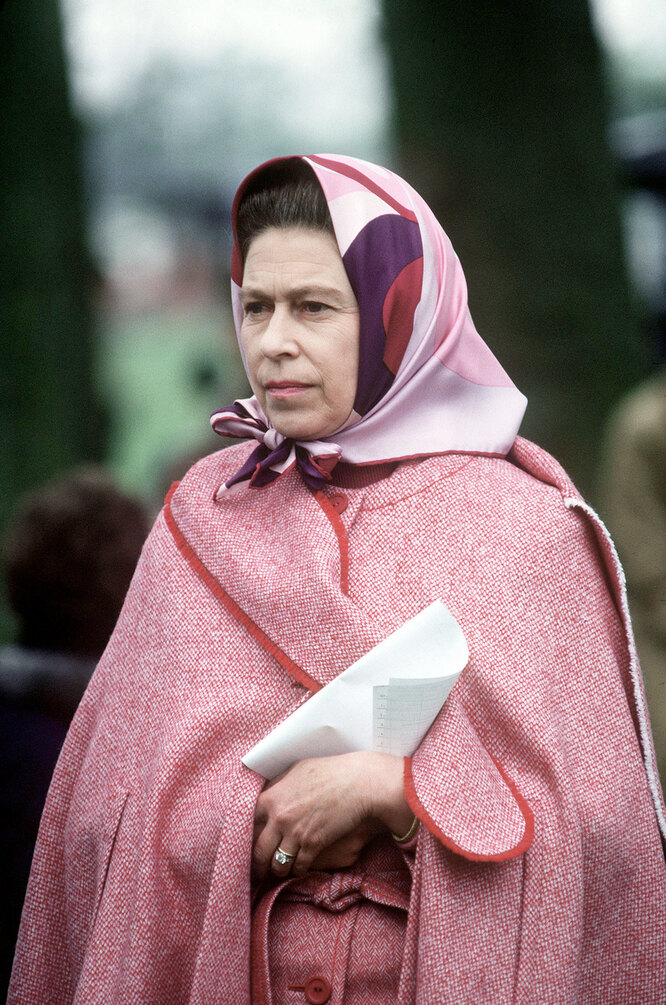 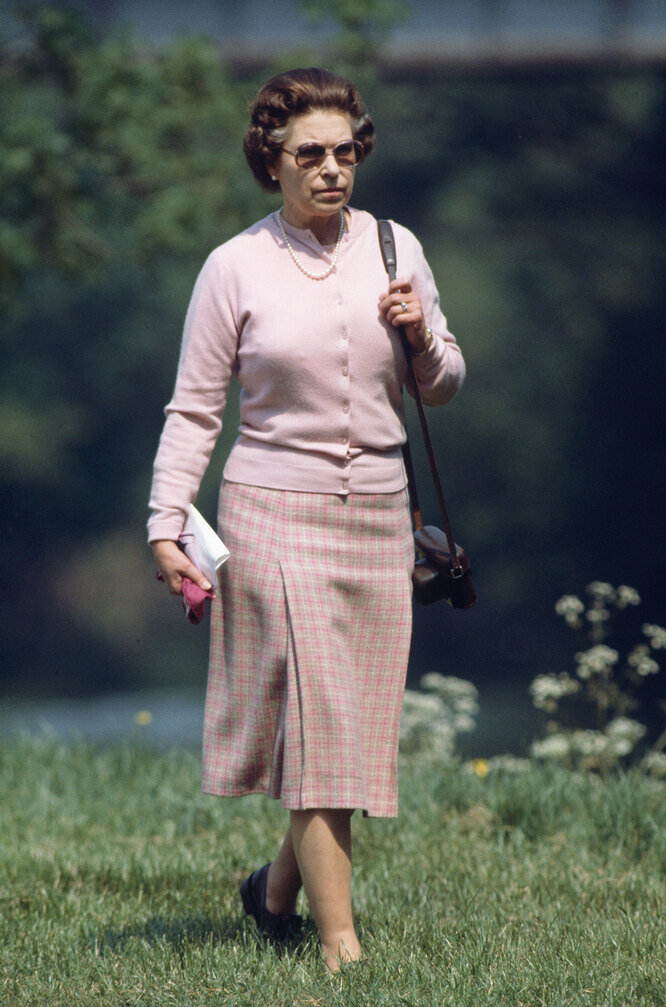