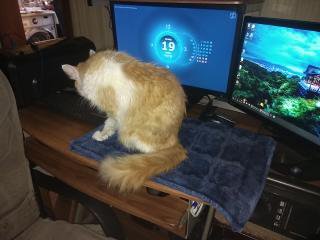 Let’s say right away that the story has a happy ending, The poor fellow was dying right on the street.

Once it was at the end of his rope, its hind legs refused. What was it, a bruise, an injury?
Maybe the dogs or someone kicked it?

The cat itself could not speak, and only the will to live saved it. The cat crawled out to the people, closer to the office door. It looked creepy, overdressed employees frowned in disgust and avoided the cat. Only one of the employees came closer and saw that the cat was alive. It was shaking from the cold but didn’t try to run away.

The man was surprised, but there was no time to think. He wrapped the cat in a scarf, carried it to the car, and turned on the stove at full power. He put the patient in the next seat and drove it home.

The wife did not send her husband with a yell to return this dirt, no. She joined the fight for the cat, together they warmed it up so that it would stop trembling, carefully, in small areas, washed and dried the fur. Half a day passed while the cat warmed up. And that was just the beginning!

The cat perked up a little, but still did not get up, so the couple took him to the doctor. He looked, shrugged his shoulders: «It is necessary to put down the animal. It will be better for both you and the cat.» 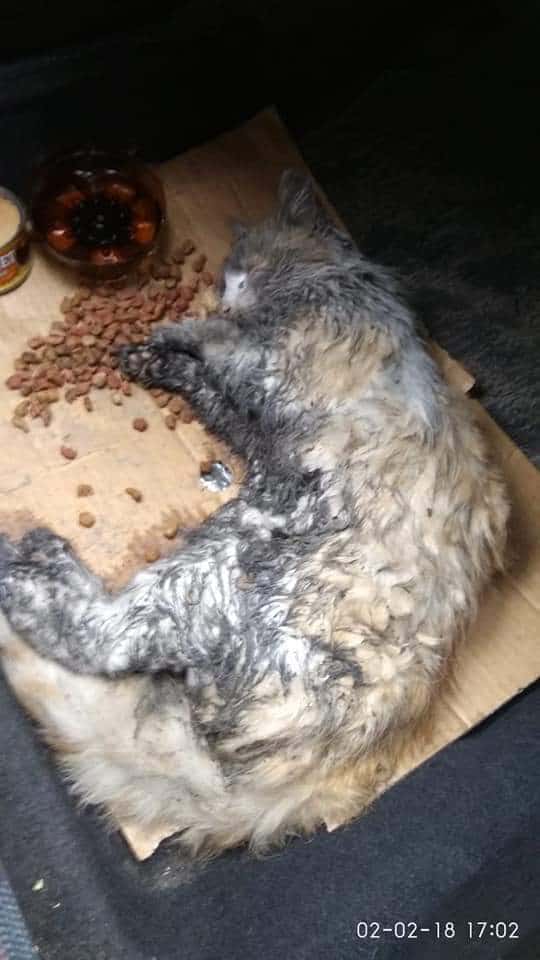 The fact is that the cat could not eat by itself, and could not stand up either: the hind legs were completely motionless, the cat pulled them up when it touched the front ones.

«But the cat crawled out to the people!» the couple are indignant, «It means that it wants to live.»

They fought for the pet in every way, found all the doctors, some with the help of volunteers. And the cat seemed to be resurrected. It moves by itself, eats by itself, and copes with all the cat’s affairs:

He’s a hooligan.
Drops flowers from the windowsill. 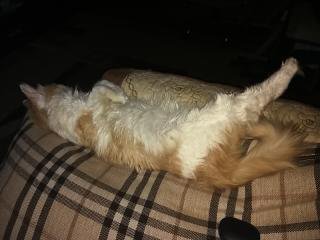 But these are trifles compared to how grateful, affectionate, and gentle it is.