It’s not just people who can earn the title of mother heroine. Sometimes the actions of animals are so amazing that this title can no doubt be given to them. Despite the strong cold, frost, and blizzard the dog did not leave its children, it kept them warm.

Random travelers have discovered this touching find. The mother and the cubs were immediately sent to the local Red Lake Rosie’s Rescue shelter. The workers examined the puppies, it turned out that they were about three weeks old, and all this time they were in the cold. Snowbell most likely gave birth to babies during a snowstorm. But despite this weather, their mother stayed by their side all the time, until they were found by people. 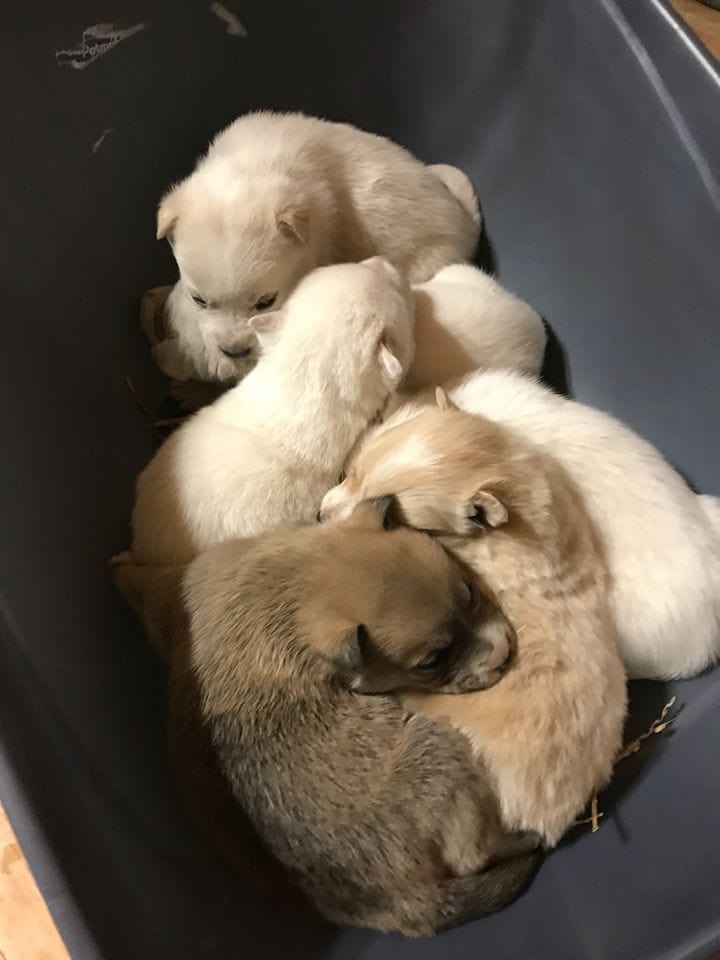 But that’s not all, the shelter found that the dog does not have milk at all. But even after she had nothing to feed the puppies, she remained close. But it’s over. Thanks to the roof above her head, warmth, and food, the mother again had milk. 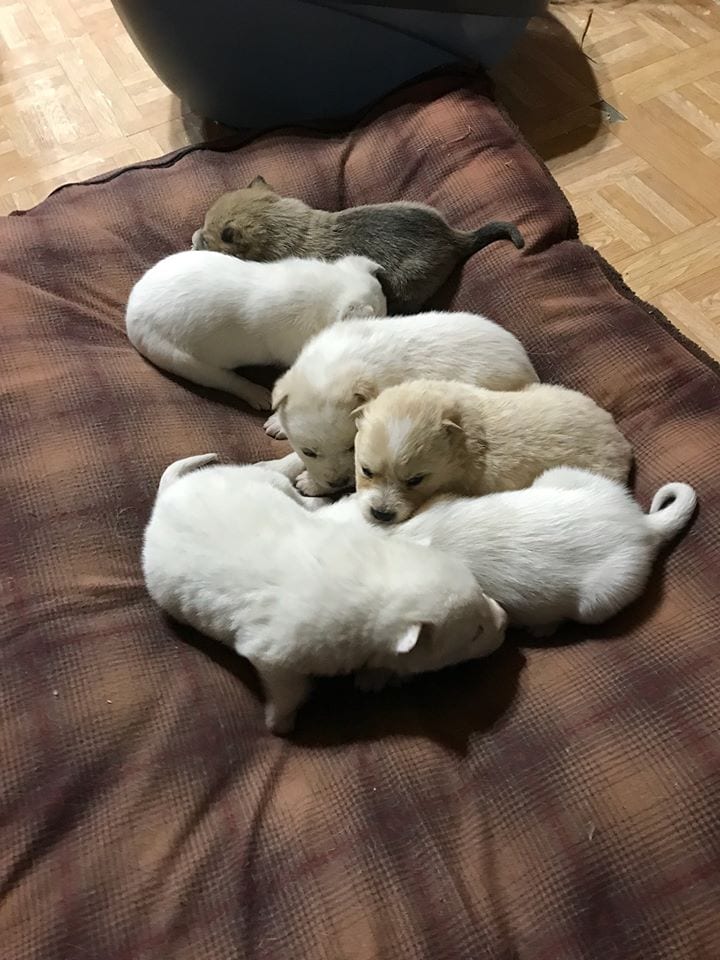 The puppies had grown up and gone to a new home, and Snowbell was dubbed a super mama because no matter what, she did not abandon her children and always stayed with them.