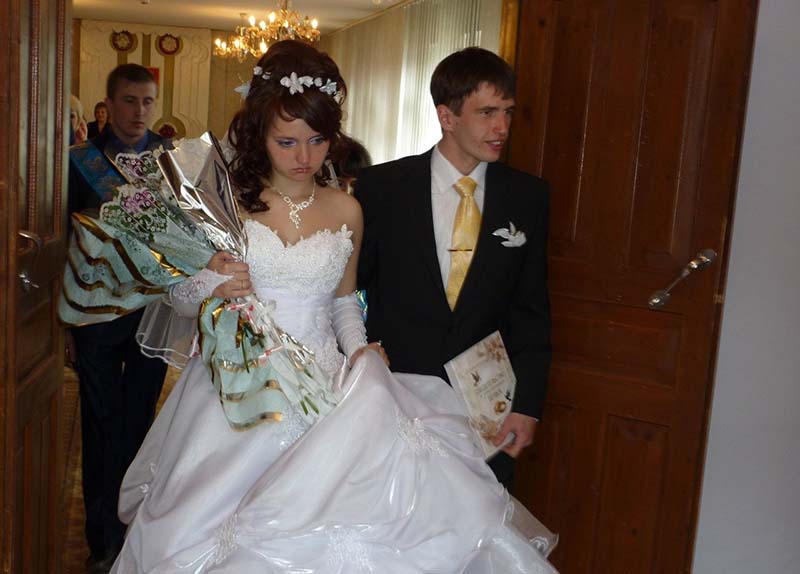 I sympathize with the lady, I have a son myself, I would also worry.
But I remembered one Ivanova.
This Ivanova son confronted the fact-here is Marina, and we signed. Ivanov’s relatives have a doctor of science, two candidates, a choreographer, a chief engineer, a literary critic, a leading cardiologist, and so on.
And here is a girl of dubious birth and undoubtedly bad upbringing.

That girl, however, behaved decently, you can’t see her and you can’t hear her.
Wait, Ivanova’s friend Arina said, she will settle down. you’ll still cry.
In the fall, her son went on a business trip to the States and his girlfriend stayed with the Ivanovs.
By the New Year, the son returned, and in March announced, firstly, in the States he was offered a contract, secondly, there he met Nicole, thirdly, on Thursday he will divorce his girlfriend, and on Friday he will fly away.

The girl collected her belongings.
She looked like a beaten mongrel.
Ivanova asked het, is there where to go?
The young girl said, in the hostel, the bed will be free in a month
Ivanova said, in a month you will move out, unpack.

In the morning the girl ran away to work and came back late, barely alive, gray with fatigue.
She tried to give money for a stay, proudly declaring that she earns enough.
They lived like this for three weeks, and then Ivanova got sick suddenly and seriously, a month and a half she was in the hospital.
The son called several times, he said, « you, mother, hold on, I threw you our photo with Nicole, me, Nicole, and Niagara ».

Her friend Arina visited, infrequently.
The young girl cooked broths, fruit drinks
« I’m suspicious of this », said Arina « are you sure that she did not register there? didn’t she take out half the apartment? »
Ivanova was discharged, the girl took her home, helped her up to the floor, did not come in herself, there was no time.
Clean, not a speck of dust, Ivanova went into the kitchen, there was a note on the table.
« Svetlana Pavlovna, thank you. Lunch is in the refrigerator. Get well. »
Ivanova checked the stash, everything was in place.

A week later, Ivanova went to the hostel and took the girl to her home.

In September, they went to buy an autumn coat for the girl and in the shopping center, they met Arina.

Arina said that Ivanova could find a good servant. Ivanova answered
« She is not my servant, and she is my daughter-in-law, come on, Marisha, we still need to look for a bag, and we’ll look at the trousers, and I wanted to pick up a scarf for myself. »

Soon Marisha was able to buy an apartment. And Ivanova was very worried about her. »A young, beautiful, smart girl, and also with an apartment. I’m worried so that some scoundrel wouldn’t deceive her.