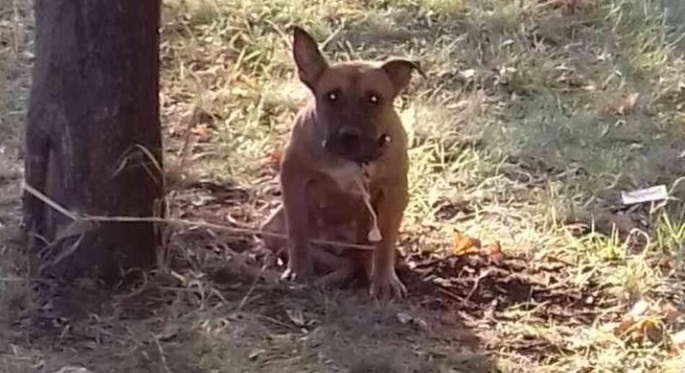 Early in the morning, residents of Kryvyi Rih noticed a dog tied to a tree in the city park.

Next to it was a note with the animal’s age and name. A little information – and nothing more…

Then everything became clear. Someone decided to give up their pet in such a cruel way. 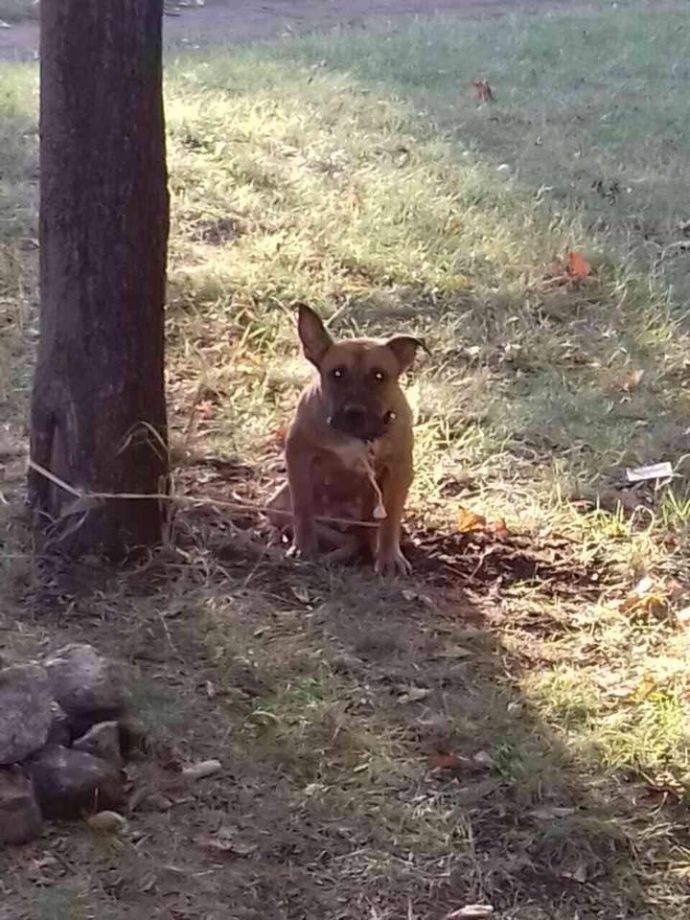 Due to stress, the dog did not allow people to approach him, so they contacted the volunteer organization «Best Friend». Animal rights activist Yana Fenenko immediately went to the scene.

«Terrible irresponsibility… During my volunteer work, I have seen a lot, but every time I am surprised. It’s good that the dog was left in the park, and not in some forest, where it would never have been found, « the girl said. 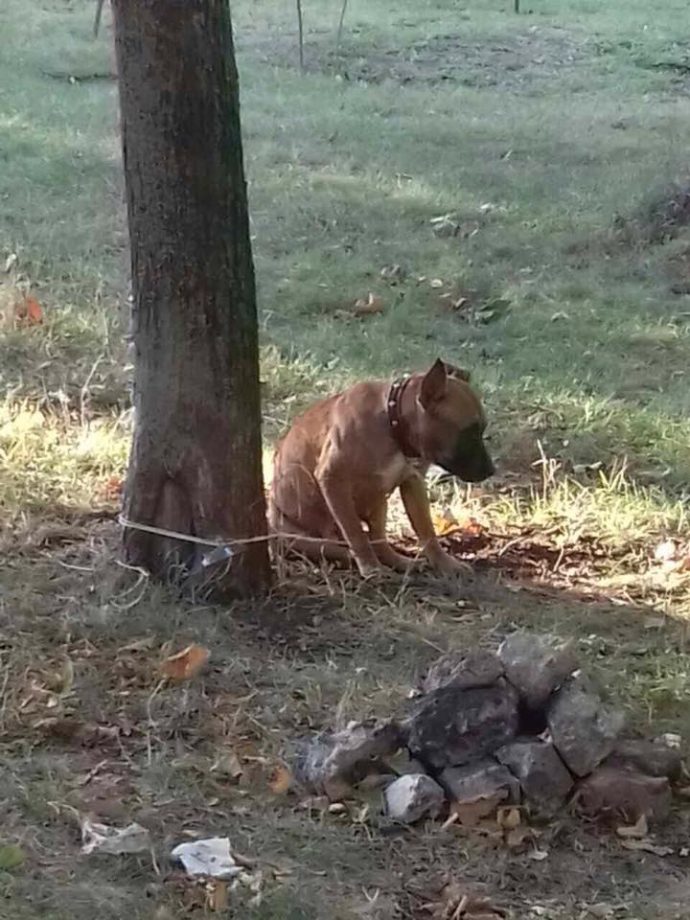 Most likely, the dog was brought from another city, so that it would definitely not return home. The animal did not understand why they were doing this to it, so it showed aggression towards people. Yana had to call for the help of an experienced dog handler to calm the poor guy down.

The dog handler Marina found a common language with the dog and took it to the veterinary clinic. There, the animal was examined and diagnosed with advanced dermatitis. Apparently, the owners did not want to treat the pet and decided to abandon it. 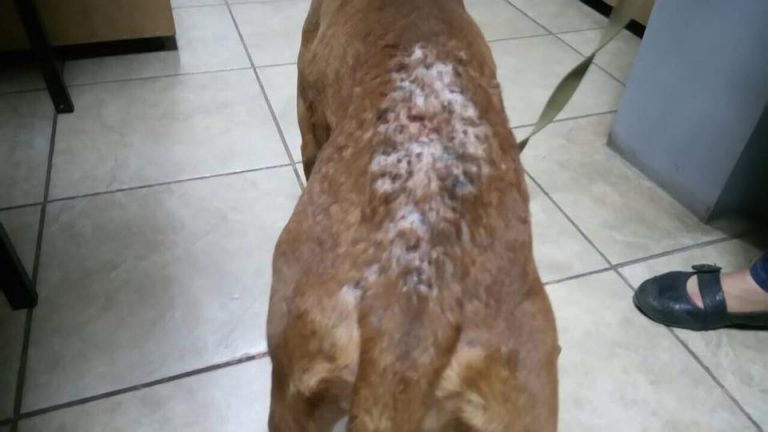 Now the dog is on overexposure at Marina and is undergoing treatment. Yana told this sad story on social networks. She has already been approached by several people with an offer to take the dog.

«This case is a vivid example of how the ranks of homeless animals are replenished. Unfortunately, it is unlikely that the owners will be punished for their actions…», — Yana said. 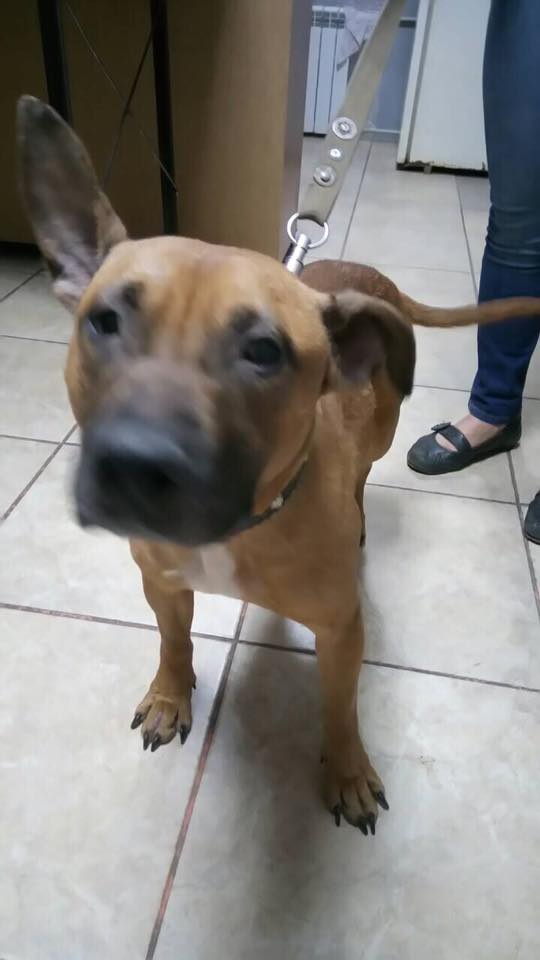 We hope that the new owner of the dog will be a responsible and respectable person.